Steve Physioc is the Weakest Link

Share All sharing options for: Steve Physioc is the Weakest Link 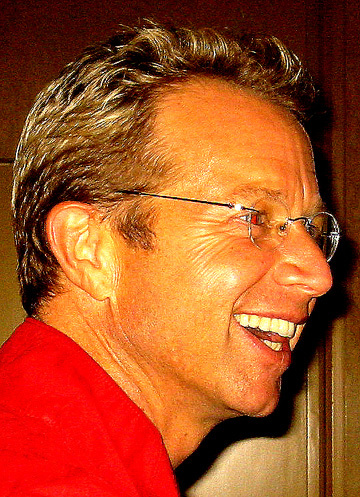 WAY TOO VERBOSE
He talks ad nauseum without arriving at a conclusion - he brings up minutiae that detracts from any story he is telling or any point he is trying to make - the end result is he does not give play-by-play (his role in the telecast), he simply talks about whatever comes to his mind. To top it off, he is not that good of a storyteller or an anecdote-relayer, Physioc demands a viewer's undivided attention to relay a point. Sorry, dude, you are not that entertaining.

TALKS TO THE AUDIENCE AS IF WE ARE FIFTH GRADERS
The biggest difference between Vin Scully and Steve Physioc is that Scully has an adult vocabulary and speaks to us as if we are intelligent, thinking adults with experiences in the real world. Physioc repeats information to be sure we got after spoonfeeding it to us in three-syllable max phrases. At some point, it is insulting.

CANNOT LIVE IN THE PRESENT
He thrives when recounting an event - but cannot for the life of him tell me what is going on RIGHT NOW. This would be passable if he told his tales of what happened succinctly.

For example, he can hardly discuss Orlando Cabrera without somehow digressing into a retelling of Boston's 2004 World Series run - Hey Steve, we all kinda know what happened. To magnify the problem, he is usually meandering through the Cabrera/Boston digression WHILE SOMETHING IS HAPPENING - Something involving the Angels (the team about who we give a shit). But it takes a big play to get him to stop retelling the story of the 2004 Boston Red Sox, complete with recounting names of members of the team, their record in each leg of the '04 playoffs, et cetera.

NO JOY
He fakes enthusiasm while mocking Rex's true love of the moment- I believe he psychologically cannot live in the moment and takes such pleasure in the past because he is certain of what happened and can "BE CORRECT" - so he avoids staking any emotion - or appearing "wrong" - on a present whose outcome is uncertain.

FEIGNED HOMERISM
If he thinks a season full of apologizing for Steve Finley's wretched play was a substitute for genuine enthusiasm, he is wrong.

MONOSYLLABIC VOCABULARY
Rex saying "Nice Swing" and "Really good pitch there" are to be expected of an ex-jock whose specialty beyond his boundless love of the Angels is the occasional discussion from a player's point of view - but when Physioc's vocabulary is maximized at delineating between "Great" and "terrific" plays - Bottom line: This is DULL TELEVISION, dull entertainment, the minute the team sucks, nobody watches. Many Dodger fans leave Vin on regardless of the score because he is entertaining - advertisers like that. Hint hint.

REPETITION
Did I mention that Travis Hafner is from Bumfuq, North Dakota? Forty times this three game series you say? Really? Oh allow me to describe the asphalt with which they pave their county roads up there while I recount it again.....

ASSUMES WE ARE WATCHING EVERY DETAIL
Ever get up to check the stove, the email, the kids during an Angels Telecast - we all do, and we are left in an audio lurch - you hear the game, you hear Steve rambling, but do you hear Steve say "High, Ball 2, the count is 2 and 2?" Hardly ever.

GEOMETRY
When was the last time you heard Vin Scully describe the balance of a player, the positioning of the hands? IF he mentions it once a game it is one thing, but relying on a breakdown of a player's physical stance as a substitute for discussing the game situation is intolerable. There is a narrative to a baseball game beyond describing the most mundane and trivial aspects (not to mention the least entertaining facet of all that is going on) of what we are seeing.

TRITE
Is every Dominican player a Dominican Dandy? If it is not a cliche, it only exits Steve's mouth by accident.

Sadly, the solution to this is Jose Mota to join Rex, but he would be abandoning Ivan Lara in the 830-AM booth. Jose is lucid, knowledgeable and concise, a perfect complement to Rex. How about Rory and Rex for 5 and Jose and Rex for 4?

Would someone who cares about the longterm health of this franchise sit Arte in front of a television set for a three game series and force him to listen to this mediocre, self-impressed buffoon? We'd all appreciate it.