There are confirmed reports Angels pitcher, Nick Adenhart was killed in a traffic accident in Fullerton shortly after midnight. 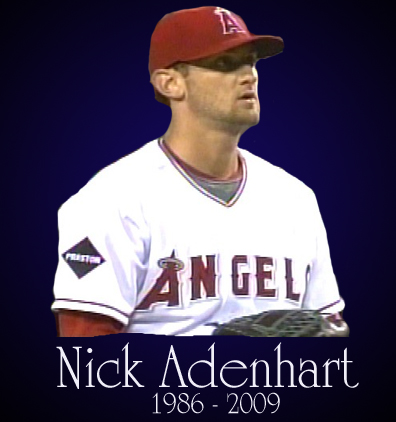 According to this article from Adenharts hometown newspaper,

"NBC25 - Williamsport High School graduate Nick Adenhart, a pitcher for the Los Angeles Angels, died early this morning in a car accident in Fullerton, California, according to a family member.

Three people were killed in the crash and another person was seriously injured.

Authorities are blaming the three-vehicle accident on a motorist in a mini-van who ran a red light at East Orangethorpe Avenue and South Lemon Street."

Foremost, our most heartfelt condolences go out to Nick's family and friends.  Just 22 years-old and taken from us all.

Two others died in the crash, both passengers in the same car as Adenhart.  Neither of which were members of the Angels' organization.

Here are some links

Also been confirmed on AM830