Pictures and Interviews from the Fourth of July Kernels Game

Share All sharing options for: Pictures and Interviews from the Fourth of July Kernels Game

I spent the Fourth of July at Veterans Memorial Stadium in Cedar Rapids, Iowa, taking in a Kernels game with my wife and a handful of friends. The Kernels were hosting members of the US Armed Services, throwing a concert and presenting a fireworks show all on the same afternoon, but still found time to provide me with a press pass, so I want to thank them for the access and a great holiday.

The Kernels faced Quad Cities twenty-year old Arquimedes Nieto, who tossed his best game of the season and took a no-hitter into the eighth. After the game, Kernels right fielder Angel Castillo attributed Nieto's success to a tough change-up that kept both the left- and right-handed Kernels hitters off balance all night. 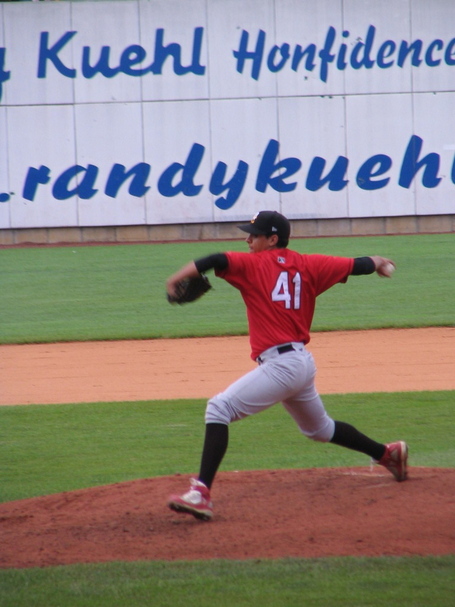 Tyler Chatwood matched Nieto over six innings, striking out two while yielding two hits and two walks. After the game, Chatwood said that he was working almost exclusively on his fastball command. That matches the observation of a friend watching the game with me, who asked in the third if he even had a breaking pitch. Chatwood sat in the low to mid 90's all night, and despite tossing the heat almost exclusively, kept the opposition from ever catching up with it.

Tangent: A lot of teams liked Chatwood as a shortstop, centerfielder, or even as a catcher. He has plus speed and some pop, but these days only takes the occasional batting practice. The guys apparently "give him crap" for trying to maintain his swing. 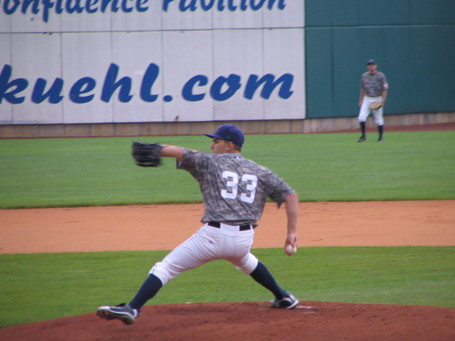 Beau Brooks was behind the plate, and he and Chatwood were clearly in sync. Apparently he's been catching most of Chatwood's bullpens lately.

Tangent: I asked Brooks how it came to be that he hits left-handed despite being a natural righty. He told me that his father had him swing from the left side with his first plastic bat, and he's stuck with it ever since. 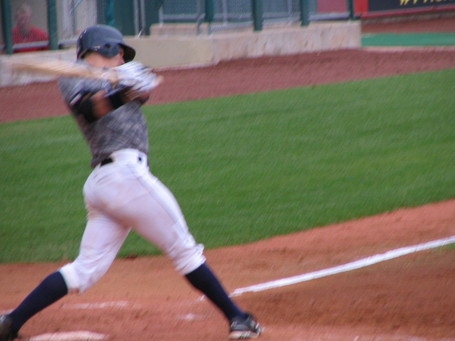 Gabe Jacobo prepares to face Nieto below in the bottom of the eighth. He worked a walk, becoming only the third Kernels baserunner of the night. 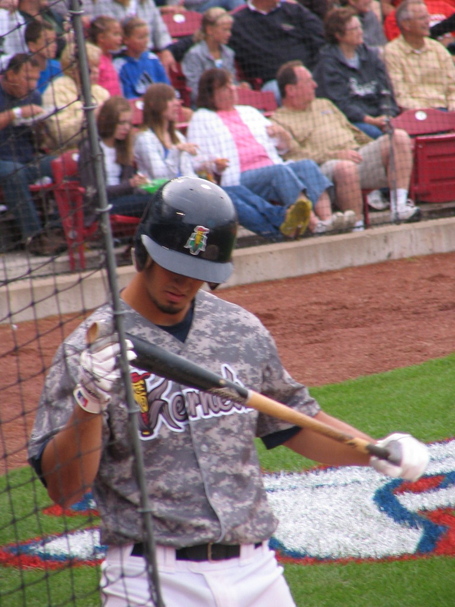 Following the Jacobo walk and a Michael Crawford sacrifice bunt, Angel Castillo came up to the plate looking for one of Nieto's change-ups. He told me after the game that he was sitting on that pitch. He watched one go by. Then a fastball. Then he got another change-up, thigh-high, and crushed it high over the left field pavilion. 2 to 0 Cedar Rapids, and that was all they needed.

After Castillo took his big rip, my wife, Sarah, called "I got it, I got it." I had no idea what she meant until I saw the camera in her hand. Here's her shot of the immediate aftermath of Castillo's longball. Note the dancing batboy to the right. 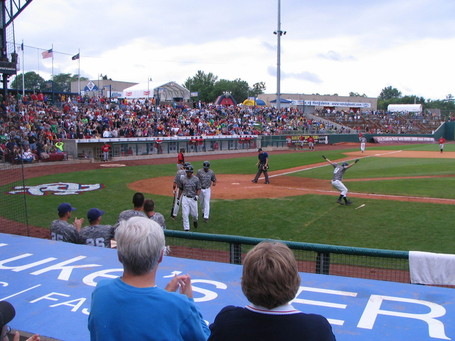 Dwayne Bailey pinch ran for Jacobs after his eighth inning walk, then took over at first for the ninth. Sarah reported that he was the life of the Kernels' dugout, keeping the players around him laughing and engaged. I watched him chat up many of the Latin players, which I only mention because I imagine bilingual guys like Bailey have tremendous value to their organizations, acting as bridges between the diverse groupings of players. He's a pretty good hitter too, providing patience from both sides of plate. Hopefully he can tap into his size and strength and find a power stroke. 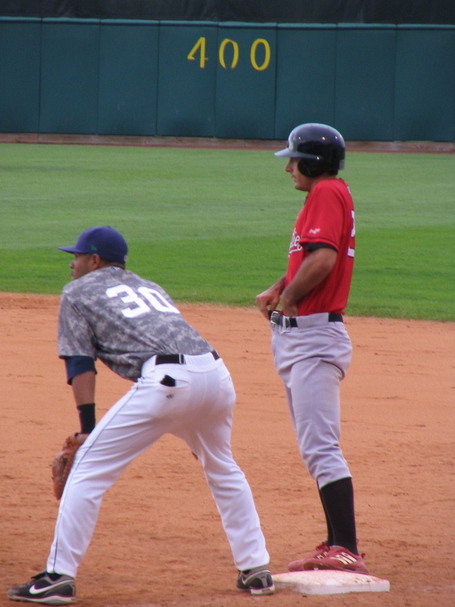 Kevin Nabors picked up the win for his work in the eighth, and then shut Quad Cities down in the ninth. 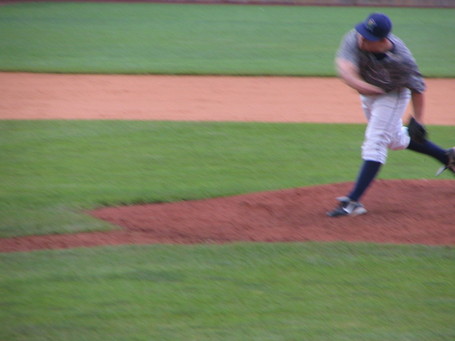 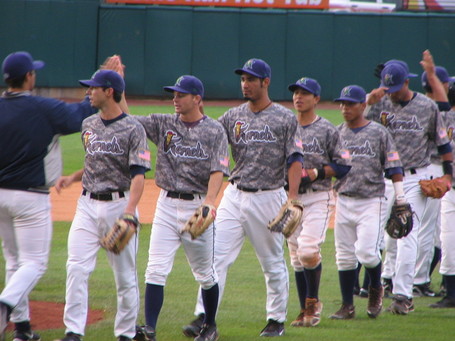 I had plenty of time to speak with a friend about the minor leagues on the road back from Iowa to Massachusetts. He began the trip just a casual baseball fan, but his experiences in the minor league parks of Albany, Appleton, and Cedar Rapids had him speaking of getting season tickets to one of the New England farm teams, raising a point that is no doubt obvious to most folks living outside of a major MLB market: minor league ballparks offer some of the best entertainment values around. Tickets are easy to get, facilities are often new, beer is cheap, and proximity to the players and ‘insider' baseball culture is far more accessible than what most of us can afford at MLB parks. A golden age of major league baseball may have passed with the economy, but I think we're right in the middle of a parallel golden age in minor league baseball.

I'm already thinking about my next trip. 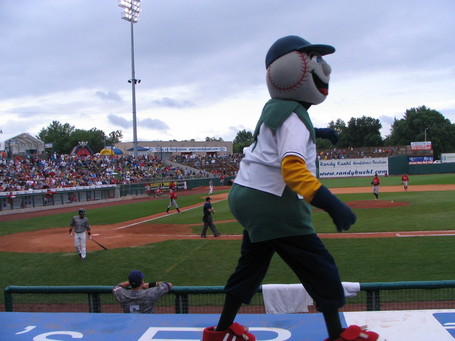