Rumor is that Angels broadcaster Terry Smith will reveal the identity of the new Angels play by play announcer Monday Night on Angels Live on AM-830 from 6 - 8 PM. You can spend your time between now and then roaming down baseball memory lane at the pretty awesome JERRY REUSS Flickr Stream.

UPDATE: According to Angels VP Tim Mead, no announcer announcement is pending. He told Plunkett: "The process is ongoing." 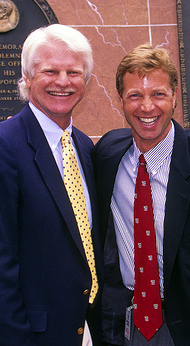 Who would you rather have broadcasting Angels Games?

This poll is closed