Chicago White Sox: Win 5-2 - chicagotribune.com
"That's the first time our defense didn't help us at all," manager Ozzie Guillen said of the errors, including the first in 112 games by third baseman Omar Vizquel. "Our pitching overcame that. "Five errors in one game, you should have a worse game than what we had." Freddy Garcia continued his amazing mastery by pitching six innings of five-hit ball.

Rain can't wash away Angels' hitting woes - latimes.com
The Angels trotted out another patchwork lineup, and the ensuing 5-2 loss to the Chicago White Sox almost had a predictable feel. The White Sox scored first for the third consecutive game in the series and had little trouble dispatching a unintimidating batting order. Even though the Angels are averaging only 3.9 runs per game over their last 16 games, Scioscia said the team's need to trade for offensive help has not increased since first baseman Kendry Morales suffered a season-ending leg injury near the end of May. "It's not a matter of going to a grocery store and just picking up what you need off a shelf," Scioscia said. "It's a process to define a need, find a player that can fill that need and come to an equitable trade."

Okay, Scioscia admits they know what the process is, so when are they going to put the process into action? After the break below there's a link to a Fangraphs post about the random players who have appeared in the Angels lineup this season and list is depressing. Cory Aldridge? Paul McAnulty? Seriously? The Pittsburgh Pirates might use these guys, but come on Arte, are these the type of players you think Angels fans will come out to watch? But more importantly, the type of players who will help the Angels win? If you know the process, put it into action. Don't waste our time with career minor leaguers, waiver-wire reclamations, and sub-par fill-ins. One highlight from last night's game and it's a gift run from the Sox...yipee: Aybar scores on Ramirez's throwing error - Erick Aybar scores the second run for the Angels on a throwing error by Alexei Ramirez in the top of the eighth inning.

Angels-White Sox Preview - 7/8/10 - FOX Sports on MSN
The White Sox, who are looking for their first four-game sweep of the Angels (46-41) at home since 1983, will face Ervin Santana (8-6, 3.95 ERA) on Thursday. Santana was outstanding May 20 against the White Sox, giving up one unearned run in seven innings of a 6-5 win. He is 4-2 with a 4.30 ERA in his career against them, including 3-1 in Chicago. Santana will try to help the Angels snap a three-game losing streak, which has dropped them 5 1/2 games behind Texas in the AL West. They've scored two or fewer runs in six of seven games this month and are batting .154 with runners in scoring position in this series. Los Angeles has had some success against John Danks (7-7, 3.58), who suffered his second straight loss Saturday against Texas despite allowing only two runs and four hits in six innings of the 3-1 loss. The left-hander gave up three runs, three hits and struck out eight in 7 2-3 innings of a 3-2 loss to the Angels on May 19. He is 1-3 with a 3.16 ERA in seven starts against them, including 0-3 with a 4.44 ERA in four starts at home.

Firefighter who fell at Rangers game is joking with pals, doing well - Dallas Morning News
Morris came to the Rangers game against the Cleveland Indians on Tuesday with fellow firefighters after work. A friend told The Associated Press that Morris had one beer before the game started. Cruz's foul ball hit about three rows behind Morris, then caromed back toward him. Ryan said Morris told him that he remembered the foul ball touching the tips of his fingers as he leaned forward to catch it. The next thing he knew, he was falling. He tried to grab onto the stadium's "ribbon panel," the video board that encircles the upper deck. That's all he recalled. Morris appeared to land on his right side as he came down on a couple seated in Section 35, directly below his seat. On his way down, he struck a man in the shoulder, and he hit a young boy in the face with his shoe. The boy and some teammates were in town from Easton, Texas, for a baseball tournament. Nick Harris and his dad had vacated their seats nearby an inning earlier, moving forward five rows for a better view. But Harris saw Morris trying to grab some wires before hitting the video board and cartwheeling toward the fans below. "It was really surreal, one of those things you never think would actually happen," said Harris, 18, of Lewisville. "It was like watching a movie. You say, 'Oh my God, did that just happen?' And then it hits you that it did." Harris said Morris' face was swollen and "he was conscious, but seemed pretty out of it."

Homer from Mike Stanton hits bullpen, lands in catcher's mitt - Big League Stew - Yahoo! Sports
Florida Marlins rookie slugger Mike Stanton(notes) seems to hit home runs not only with prodigious power, but also impeccable aim. In front of many friends and family at Dodger Stadium on Wednesday night, the hometown kid launched a towering three-run homer against right-hander Hiroki Kuroda(notes) that landed — generally — in the home team's bullpen. More precisely, the ball landed inside a catcher's mitt that was resting atop an open equipment bag a few feet beyond the bullpen gate. Dodgers outfielder Garret Anderson can be seen tracking the flight of the ball — he kind of wanders, actually — and then gives up after he realizes it's a lost cause. But Anderson, no doubt ever-observant over a long MLB career, saw the ball drop right into the mitt. And did he give a double-take for the ages. It might be the first time Anderson was recorded reacting to anything on a baseball field, actually.

This is pretty funny, except maybe if you're a Dodger fan. The comment about Garrett Anderson is also humorous, as I didn't realize that anyone outside of Anaheim understood the "coolness" that is GA. Here's video of the homer: Stanton hammers a three-run shot to left. (Quad Fin Rider had this FanShot earlier)

The Random Angels - FanGraphs Baseball
The Angels are once again making like their namesake and defying natural laws. Looking over the names that have taken plate appearances for Los Angeles of Anaheim over the past month is a bewildering experience when combined with their above .500 record and second place rank. Let’s take a look at a few of the most random cameos on the 2010 Angels.

Yeah, the list is long and distinguished, full of top-notch talent able to help the Angels win their fourth consecutive A.L. West title...or not.

Stolen Bases and PITCHf/x - The Baseball Analysts
Jorge Posada and Mike Napoli, who both struggle throwing out runners anyway, call for a very high rate of pitch outs. Backups Jeff Mathis and Jose Molina, who are far from defensively challenged, also call for their share of pitch outs, so those calls are likely coming from the bench.

Interesting work (as usual) from the people at the Baseball Analysts.

Owner of $500K Babe Ruth rookie lets museum display it for free - Big League Stew - Yahoo! Sports
During a recent appraisal, the museum officials learned that the card was worth a lot more than suspected. Maybe even as much as $500,000. They figured Davis might want to know he was sitting on a fortune. Only problem was they couldn't find him. That led to a story in the Baltimore Sun last week in hopes that it'd shake Glenn Davis from the bushes after a fruitless year-long search. Sure enough, he caught wind of the story, gave the museum a ring and soon learned his inheritance was worth half a million bucks. Davis is not a tycoon, nor is he a big-time collector. He's a 56-year-old systems manager for a paint company. Surely it would not have been an inconsequential happening to see $500K added to his family's bank account. But Davis decided he didn't want any of that. He decided his life was fine just the way it was and that the card was already home. He told the museum to keep it.

I'm not so sure I could be that generous.

LeBron James Is A C--ksucker - Deadspin 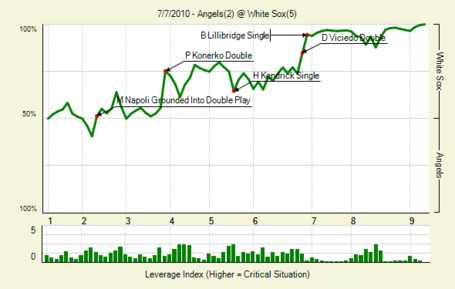 July 8 - BR Bullpen
Events, births and deaths that occurred on July 8.
1946 - A special meeting of clubs deals with Mexican League defections and attempts by players to gain new rights. Some results: $5,000 minimum salary, $25-per-week training-camp expenses, a fixed period for spring training, 25 days for post-season barnstorming, maximum pay cut of 25 percent. A pension fund aimed at providing $100 a month for retired 10-year players will be funded by World Series broadcast rights and net proceeds from All-Star Games. Each league will have a player rep to baseball councils.
1988 - In game with the Angels, Cleveland's Bud Black hits Jack Howell, Devon White and Johnny Ray with pitches in the 4th inning of a 10 - 6 loss, tying the ML record. Bert Blyleven will match him in September.
1990 - Losing 7 - 0 to California in the 3rd, the Brewers score 20 unanswered runs, including 13 in the 5th, to win. This is the biggest swing of runs since 1980 and will not be topped in the 1990s. Looking for his 279th win, Bert Blyleven starts for the Angels but never makes it out of the 4th. He'll win only once more the rest of the year.
2002 - The Class A Charleston Riverdogs defeat the Columbus RedStixx, 4 - 2, on "Nobody Night" in Charleston. Fans were barred from Joe Riley Stadium in the team's attempt to set an all-time record low attendance for a single game. The previous mark is believed to have been 12 set in 1881. Fans are let into the park after the 5th inning, at which time the attendance is officially recorded as 0. Why didn't they just go to an Oakland A's game if they wanted to break the low attendance record?
Happy b-day:
1889 - Joe Crisp, catcher (d. 1939) Joe Crisp played in one game for the 1910 St. Louis Browns and one game for the 1911 St. Louis Browns. Both teams lost 107 games. Just think if Crisp hadn't played that one game, they may have lost 108.
1912 - Salty Parker, infielder, manager (d. 1992)