Angels remain winless against Red Sox - latimes.com
The Angels are in such a funk that their inability to deliver a clutch hit is beginning to take a toll on their usually stout starting pitching, a fact that became evident in their 6-0 loss to the Boston Red Sox in Fenway Park on Tuesday night."You don't want to go out there thinking if you give up one run, the game is over," Weaver said. "I'm not going to say it's not in the back of your mind, but you don't want to pitch like that. You want to be the aggressor.

This is getting ridiculous.  No, I take that back, this has already gotten ridiculous.  The Angels have scored 3 runs or less in 51 of their 120 games (43%).  How many of those 51 games have they won?  Eight.  Obviously the highlight from this game isn't going to include any hitting, at least from the Halos:  Hunter takes a home run away from Beltre - Torii Hunter leaps over the wall to take away a solo homer from Adrian Beltre in the second inning

Angels-Red Sox Preview -  FOX Sports on MSN
Lackey (10-7, 4.54 ERA) has struggled with consistency after signing a five-year, $82.5 million contract with Boston in the offseason following a successful eight-year stint with the Angels. But he has been sharp in two starts against Los Angeles, going 2-0 with a 1.88 ERA while allowing a total of nine hits in 14 1-3 innings. He was booed during a 4-2 win in his return to Anaheim on July 27. Lackey is still searching for his first win since that outing. He's 0-2 with a 6.52 ERA in three August starts, with opponents hitting .321 against him. Boston's season series with the Angels has included nothing but victories, an especially fulfilling outcome for the Red Sox after they were swept by Los Angeles in last year's AL division series. Scott Kazmir (8-10, 6.36) is in the midst of a frustrating individual season, but he has won six of his last eight road outings. The left-hander has also posted a pair of encouraging starts since a stint on the disabled list for shoulder fatigue. He limited Toronto to four hits and two runs in six innings Friday, but didn't get any run support in a 3-0 loss.

"I'm John Lackey! The Tower of Pitching Power"  Whatever.  Original video.  And the Follow-up video.

Programming note:  Rev and I will be doing a Mutecast during today's Angel/Red Sox game starting at 5pm (pacific time)

Scioscia has high praise for Wilson - angelsbaseball.com
"Bobby's doing a great job with everybody," Scioscia said. "It gets down to a catcher's ability to be in sync with the pitcher as far as the mental part of the game. He is terrific at it." Angels pitchers overall own a 3.43 ERA in Wilson's 168 innings behind the plate, compared to Mathis' 4.06 in 350 innings and Napoli's 5.07 in 476 innings. The Angels are 15-5 in Wilson's starts, compared to 23-32 with Napoli and 20-21 with Mathis. Napoli, one homer away from his 20th for the third season in a row, was in the lineup for the first time at Fenway Park at first base. The Angels are 22-18 when he starts there.

Mets Alter Closer Rodriguez’s Contract - NYTimes.com
Acting aggressively, and maybe unrealistically, the Mets said Tuesday that they would not pay Francisco Rodriguez while he recovered from his torn thumb ligament and that they would no longer guarantee the remainder of his three-year contract, which runs through 2011. The Mets made their announcement in a conference call, and it drew a quick response from the players union, which said it would immediately contest every action the Mets were taking.

If (and it's a big "if") the Mets are able to void Rodriguez's contract, K-Rod could lose out on over $32M.  What's likely to happen is the Mets and Rodriguez will come to some sort of a settlement.

Mark Prior toils in independent league but on big-league quest - USATODAY.com
Prior, once a force in the Chicago Cubs' rotation, now pitches in relief for the Orange County Flyers, who play in Fullerton, Calif., and in the independent Golden Baseball League. "I'm a long way away from where I need to be to pitch at the big-league level," Prior said. "But I still have the passion to play, and I'm still 29; I'm not 39."  In five innings of relief over three appearances for the Flyers, Prior has allowed an unearned run, two walks and two hits while striking out 10.

Thomson's legendary HR is timeless - MLB News - FOX Sports on MSN
Of course, Thomson’s home run off Branca wasn’t just historic, it was majestic. Shoot, it was surreal — so shocking that within seconds of the blast two spectators at the Polo Grounds suffered heart attacks. Within minutes, Dodgers fans were taking their revenge on Branca, hanging him in effigy from street lights and telephone poles.

I failed to mention this in yesterday's links, but baseball lost a man how provided one of the most recognizable feats in sports.  R.I.P. Bobby Thompson. 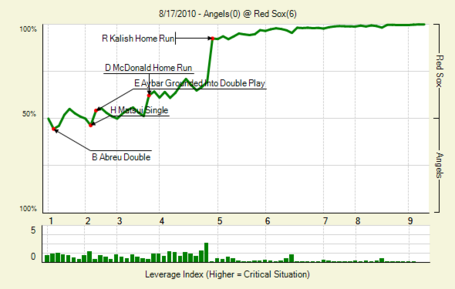 Dodgers' finances include an unusual revenue-generating plan: 'Own to rent' - latimes.com
The Dodgers have talked about creative ways their Chavez Ravine property could generate revenue for ownership. One such deal, a head-scratcher, is already in place: The team has been charging itself rent — $14 million this year — on Dodger Stadium property it owns.By comparison, the Boston Red Sox own their stadium, just as the Dodgers do. The Red Sox pay no rent on Fenway Park. Among teams that play in community stadiums, the Chicago White Sox will pay $1.4 million in ballpark rent this year and the Milwaukee Brewers and Seattle Mariners will each pay $900,000. The Angels negotiated their rent with the city of Anaheim as part of a 1997 stadium renovation in which the team paid all but $20 million of the $117-million project. The Angels nonetheless share ticket and parking revenue with the city — about $2 million per year in each of the last three years, city spokeswoman Ruth Ruiz said.

I don't think it's that big of a deal that the Dodgers are renting property they already own.  For tax reasons this is pretty common practice.  What's creepy about the way the Dodgers are doing it though is how much money they're charging and what they're using that money for, or rather, what it's not being used for -- improving the team.

Dodgers pull Zach Lee away from LSU -  Yahoo! Sports
The supposedly unsignable player, drafted by the team that supposedly didn’t want to sign him, signed Monday night. Zach Lee won’t play quarterback for LSU and will pitch for the Los Angeles Dodgers, agreeing to a contract worth $5.25 million over five years. It’s not a major league deal and is backloaded so the Dodgers are protected if Lee decides to give up baseball and go back to football.Lee fell to the Dodgers at No. 28 in the first round of the June draft because of signability concerns. When the Dodgers didn’t contact him all summer, many observers concluded that financially strapped owner Frank McCourt had no intention of offering a lucrative contract and would take advantage of a compensation rule that would have given the Dodgers the No. 29 pick in the 2011 draft.

Okay, maybe the Dodgers are using that rent money to improve the team.  What's so great about this story is how badly everyone was fooled into thinking the Dodgers drafted Lee because they wouldn't be able to sign him, thus putting off paying a signing bonus to their first round pick until next year.  I thought that was a pretty smart tactic, if in fact that was what they were doing.  Apparently the Dodgers weren't that smart, or they're smarter than everyone else.  Obviously they're smarter than me.

August 18 - BR Bullpen
Events, births and deaths that occurred on August 18.
1967 - A baseball tragedy occurs when Tony Conigliaro of the Red Sox is beaned by the Angels' Jack Hamilton. Hit on the left cheekbone, just below the eye socket, Conigliaro will miss the rest of 1967 and all of 1968. He is hitting .267 with 20 home runs and 67 RBI in 95 games. Despite the loss of Tony C, the Red Sox will sweep the 4-game series with the Angels. The sweep will still leave Minnesota in 1st place, with Boston, Detroit, and Chicago all within two games.  A good article here: LINK
1976: The Angels nip the Tigers 5 - 4 in 11 innings. Nolan Ryan works the first 10, fanning 17.
2000 - The Angels defeat the Yankees, 9 - 8 in 11 innings. Anaheim scores five runs in the 9th to tie the game before Darin Erstad's home run wins it in the 11th. It is the 1st time in 12 years that the New Yorkers blow a 5-run lead in the 9th inning.
Happy b-day:
1934 - Roberto Clemente, outfielder; All-Star, Hall of Famer (d. 1972)