Angels Drop Another in Baltimore, Now Below .500. Halolinks

Share All sharing options for: Angels Drop Another in Baltimore, Now Below .500.  Halolinks

Torii Blunder - Sam Miller - The Orange County Register
And while there’s almost no baserunning gaffe that could possibly compete with that, he was thrown out trying to steal third down with nobody out and down by six runs in the seventh inning on June 15, which is pretty much unimaginable. And he was thrown out trying to steal second down by five in the fourth inning on May 3, which is questionable at best. And overall, he’s been caught 11 out of 19 tries this year, one caught stealing off the league lead, for goodness sake.

Here's the video of Hunter's attempt: Wieters nails Hunter at third in the ninth - Matt Wieters fires down to third base to catch Torii Hunter stealing for the first out in the top of the ninth. I just don't understand this play. And what makes it worse, it happened before. This season. I respect Hunter, especially after his "team first" attitude when moving to right field, but his repeated attempts at running and his repeated results at getting caught, just don't make sense. Is he stupid? Arrogant? What?

Orioles vs. Angels: Orioles squeak past Angels, 9-7 - baltimoresun.com
In the first two games of the series and the Showalter era, the Orioles have scored 15 runs and pounded out 22 hits. With their 6-for-12 effort with runners in scoring position Wednesday night, the Orioles are 11-for-23 in such situations over the past two games. In the five games before Showalter's arrival, the Orioles went 4-for-35 (.114) with runners in scoring position. They haven't made an error, and their starters -- Guthrie on Tuesday and Matusz on Wednesday -- have allowed just four earned runs and no walks in 13 innings.

I think I've previously written about the Angels ability to make the opposing teams' pitcher suddenly gain control of the strike zone, but I was curious how the Angels compare to the rest of the league. The Angels rank 27th (out of 30) in getting on base via a base on balls. The only three teams who have walked less? The Kansas City Royals, Houston Astros, and Baltimore Orioles. Teams who are a combined 127-195. Last season I championed Bobby Abreu's apparent tutoring of his teammates in the art of patient hitting. I was wrong. Anyway, the only highlight I'm posting from last night's game is the only highlight that matters: Bourjos gets two hits, a steal and a play - Peter Bourjos collects two hits, a steal and shows off his defensive skills.

Angels-Orioles Preview - FOX Sports on MSN
Jake Arrieta (3-3, 5.47 ERA) will try to keep that going by ending his recent struggles. The rookie right-hander, who has never faced the Angels, is 0-1 with an 8.56 ERA in his last three starts and hasn't gotten through the fifth inning in his past two. He threw 102 pitches while giving up three runs and walking a career-high five over 4 1-3 innings Friday at Kansas City, but escaped without a decision in a 7-5 loss. As they try to get back to .500, the Angels will try to help Dan Haren (0-2, 2.63) to his first win with the team and first since June 12. The right-hander, acquired from Arizona on July 25, has been given a combined two runs of support in two starts with his new club and is 0-6 with a 4.12 ERA in his last nine outings.

Haren is winless in his last nine starts. Just sayin'.

Royals trying to build with team-first players - FS Kansas City
There are many reasons why Royals general manager Dayton Moore was active before the trading deadline – obviously, economics played a significant role. But don’t discount Moore’s attempt to rebuild the baseball character of this organization. Trading away players such as Rick Ankiel and Alberto Callaspo certainly takes away offense from the Royals. But neither player was a good fit in the Royals’ clubhouse, and certainly not great examples for any Royals’ prospects to follow. Neither player seemed all too concerned about doing the little things (moving runners, playing selflessly) that help successful teams (i.e. Twins) win.

Is "team chemistry" real? And if so, is it important?

Nolan Ryan, Chuck Greenberg group outbids Mark Cuban group to win Texas Rangers auction - ESPN Dallas
An investment group led by Hall of Fame pitcher and Texas Rangers president Nolan Ryan won a contentious and unusual auction for the team early Thursday, beating back a nearly $600 million offer from outspoken Dallas Mavericks owner Mark Cuban.The winning bid was made just after midnight. Although the Cuban-Crane group had made a $390 million cash offer, part of a $598 million bid, the Greenberg-Ryan bid was considered higher because of how the bids are structured; it included a $10 million to $13 million breakup fee that would have been paid to the Greenberg-Ryan group if it lost.

St. George franchise ceases operation; lack of beer sales blamed - Deseret News
"I know it was a controversial issue, but beer sales was critical to our success here, in terms of increasing attendance, increasing revenue, and as a factor in attracting necessary outside capital investment. It simply makes no sense to operate a minor league franchise without beer sales. Beer concessions comprise about 33 percent of total revenue stream for minor league baseball operations." 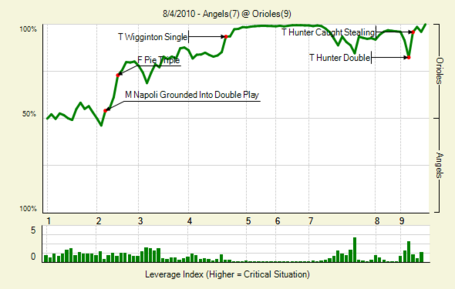