Share All sharing options for: My 2011 Chevy Malibu Review

My friends at Chevy lent me a 2011 Malibu for the weekend and gave me tickets to last Saturday's Angels game, all in the hopes that I would tell you about what a cool ride it is. Well, it beats my 94 Ford Taurus like an Ervin Santana slider served up to a Double A hitter in a pitcher's park (Dear Chevy: that means it is better than my current car). It was a smooth ride all around. 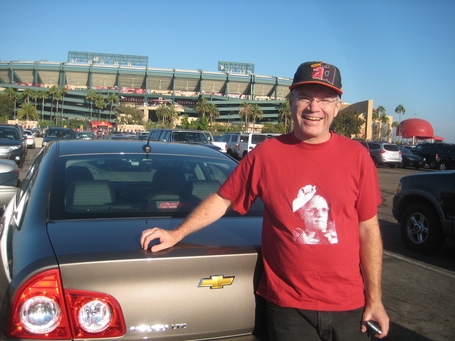 I got the car on Friday and ended up chauffering these three visiting musician artist types who were performing at Hoodstock-LA that weekend. We drove around Downtown LA a bit and then ate at Suehiro. The kids dug the leather seats and commented on how roomy the ride was, all without my prompting. Granted they had just driven down from the bay area in a two-door Hyundai and had spent an extra three hours on the road because they took the scenic 101 so a wheelbarrow at that point might have gotten thumbs up, but they did compliment the car, asking where I stole it from on more than one occasion. They probably would have liked the car more if I had let them smoke a doobie in the backseat, but I insisted they wait until we were back at the Brewery Art Colony where they were crashing (Dear Chevy: cross my heart, I don't partake and I have bad lungs). 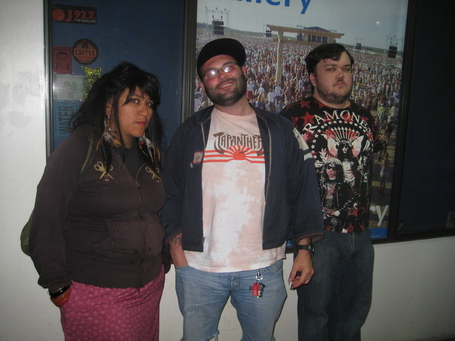 These kids never once told me to learn how to drive while we were in the Chevy Malibu, which is not always the conduct of my passengers.

Next day, Missus Halofan and I drove from our compound in South Central to Laguna Beach to do a "couples day" thing, you know, where you try to see if you can still tolerate each other when the discussion does not involve the dogs or the cleaning lady... anyway, the comfort of the Chevy Malibu made our date to the OC pleasant and comfortable. The Bose stereo with XM radio was great until the love of my life yelled at me for almost missing our offramp to Angels stadium because I was so into changing channels. Actually, two XM stations were playing Bob Seger songs simultaneously (seriously, get ON those XM programmers, this is bad) and I was bound and determined to not listen to that jackass so I was really just flipping channels to pass the time until one of those stations started playing something good, but do you think she considers my feelings, ha! 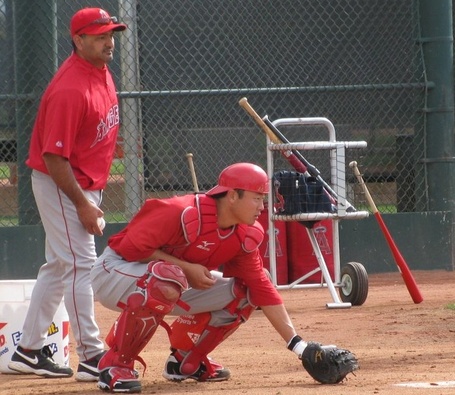 Chevy's seats in section 108 were awesome. The Angels beat the Mariners in grand fashion and even in a weak season the energy in the stands on the Field level made me forget how lackluster the team has been this year. Had it not been for Chevy, I would have not seen Hank Conger and Mark Trumbo get their first major league at-bats, so when i tell my grandkids about it, I will mention Chevy. I don't know how I will get away with having kids in order to have those grand kids without my girlfriend killing me for knocking up some other chick up, but being able to affirm that I was there on that date is sure to be a lasting fan memory. The trunk space for all of our jackets and daytripping accessories was just fine.

If I have to add a negative, the whole contractual "giving the car back on Monday" totally sucked. Actually, the pieces of plastic in between the windshield and the passenger window were a little thick and blocked some oncoming traffic more than I like, but it was not a deal-breaker - I got more used to this by the third day of driving around. If I ever buy a new car I will at least be giving the Malibu a test drive, and the rep will not even have to throw in a doobie for the kids, no way.