Can't start our offseason interviews with this site's blogging crew without finishing up running our midsummer interviews with, so the final two run today and tomorrow.. here is a few minutes with Josh Mayhood, aka MAYHEMINTHEHOOD... 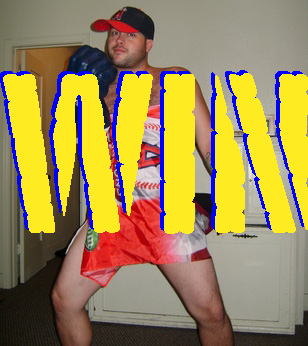 WHO WAS THE FIRST ANGELS PLAYER YOU DECIDED WAS "YOUR GUY" ?

J.T. Snow. In his first season with the Angels, I was 12, and he was the talk of the playground, especially for a kid like me who was knee deep in the soon-to-be-busted baseball card collecting world. It also had a lot to do with timing. I had just moved to Orange County from the middle of nowhere (I grew up mainly in Kansas, and for a short time Texas), and it was the first time I was ever near an MLB team. This was a huge deal, as I already loved playing and watching baseball, so the Angels became "my team". So the next step was to pick "my guy". J.T. Snow started off that year on fire, and had an extremely thick cloud of hype swirling around him. That was basically all I needed, so I proclaimed him as my favorite player on my new favorite team. I still remember when Roger Clemens almost drilled him...he was never the same after that. Like the two girlfriends I managed to get in junior high, my relationship with J.T. Snow was short lived and heartbreaking. But you never forget your first.

Peter Bourjos. He's been a thrill to watch so far this season. Whether he's turning a routine double into a triple, laying down flawless bunts or making plays in the outfield that make Torii Hunter look twice as old as he is, he's been an embarrassment of riches thus far (okay, he hasn't been perfect, but thus far he's exceeded my hopes
for him this year. Hope this doesn't jinx him). I also like his personality, at least from what I've seen/heard. He sounds like a hard working and classy guy, which is exactly what I want out of my Halos heroes.

I'd say I'm on the "chemistry" side, easily. That's not to say I'm anti-stats. You can't like baseball and just disregard the statistics. I just find it a tad boring to pore over the numbers constantly, and I have always had an appreciation for the chaotic and unforeseeable, the immeasurable. That goes for life in general, as well as baseball. Also, there's the old Lefty Gomez quote that's a favorite of mine: "I'd rather be lucky than good".

PICK A SONG FOR THE ANGELS TO REPLACE BUTTERCUP WITH?

"Land of 1000 Dances" performed by Wilson Pickett. It just always seemed like one of those fun, good-time songs that a team might actually consider. Plus, it has that cool call-and-response "na na na na na na" part.

IF YOU WERE IN CHARGE OF THE ANGELS SUMMER CONCERT SERIES, NAME THE PERFORMER YOU BREAK THE BANK TO GET.

A lot of the bands I'm thinking of would be horrible in a stadium setting. One that I think could bring the thunder, however, would be Queens of the Stone Age with Dave Grohl and Mark Lanegan, and they'd play the Songs For The Deaf album in it's entirety.

SAY SOMETHING BALLSY / CONTROVERSIAL FOR US TO REMEMBER YOU BY...