Share All sharing options for: Sometimes There's More To A Story, Jered Weaver Is Cool.  Halolinks.

It's sometimes easy to ridicule a player for poor performance, especially when that player turned his back on your favorite organization and converted to the dark side of another. It's been easy for Angels' fans to call John Lackey names such as "Horseface" and "Benedict Lackey". I'll admit it. I've even created pictures making fun of the former Halo hurler. But sometimes we forget that the players we call names and trash-talk on blogs are people. People who have other lives outside of the games we watch them play. I first found this link yesterday (Slumpbot .200: John Lackey’s career decline continues - Yahoo! Sports) and queued it up for today's link post with the intention of writing something like "Ha-ha, look at this. Lackey sucks!" I even went to so far as to search the Halos Heaven archives because I was sure someone (Suboptimal?) had already written something along the lines of the quote from this post:

Lackey has been in decline for several years now, and the clearest example is his strikeout-to-walk ratio, which has declined for four straight years from his 2007 career high of 3.44, to 3.25, 2.96, 2.17, and finally 1.38, which is unacceptably low.

And then I read this (John Lackey is not in a good place - HardballTalk):

But more troubling than his performance was his postgame demeanor. His quote — "everything in my life sucks right now" — was rather jarring. Even more jarring was reading in the Globe this morning that Lackey’s wife is fighting breast cancer, which is something I hadn’t seen back in the spring when it was apparently first reported.

I hadn't seen that news either. If I had, I'm sure I would have looked at Lackey's season in a different light, and tempered my criticism a little. Yes, sometimes it's easy to criticize players, that is until we realize there's more to the story than strikeout-to-walk ratios.

You must watch this video. I'm serious. If you make a to-do list for today, watching this video must be at the top (Peter Gammons sits down with Angels ace Jered Weaver - MLB.com). You will not think the same way about Weaver after watching this video as you did before. Really. Watch it.

Is Howie Kendrick for Real? - FanGraphs Baseball
Though Kendrick played in a career high 158 last season, the wear-and-tear of playing a full season may have led to some of his struggles. Kendrick posted the lowest slash line of his career (.279/.313/.407), stopped hitting fastballs and rated as a poor fielder for the first time in his career. This season, Kendrick already looks like a different player, posting the third highest WAR among hitters thus far.

Haven't we all been asking that question? That's the meaning behind "Future Batting Champion". It's true though, he looks like a differnt player this season, but I can't put my finger on why.

Hunter knocks in Izturis with a triple - MLB.com
Torii Hunter smacks a triple, off of Juan Pierre's glove, to left to plate Maicer Izturis in the first. My son said Pierre played that fly ball like someone on his team. My son is 14.

Trumbo makes a nice stop in the second - MLB.com
Mark Trumbo robs Juan Pierre of a hit with a nice diving stop, then beats him to the bag for the final out of the second. Obviously, the Angels are going to miss Kendrys Morales this season, but isn't nice knowing that Mark Trumbo is here? If he continues to play at the same level he has so far this season, he'll be a strong candidate for the AL Rookie of the Year. But if you consider the whole situation, he might be a candidate for the Angels' team MVP.

Konerko makes a great play to end the game - MLB.com
Paul Konerko races in on a slow roller and makes an incredible behind-the-back flip to Matt Thornton for the final out of the game. Yes, nice play. Why was Torii Hunter bunting?

Angels' Morales out for season - Fox Sports West
Morales has experienced arthritic changes to his surgically repaired left ankle, along with possible cysts and will undergo surgery in Colorado by Dr. Clanton. Morales will miss the remainder of the season.

Angels' Kendrys Morales to undergo second surgery - latimes.com
Yocum said recovery time for the procedure is a minimum of six months, which means that by 2012, Morales, who hit .306 with 34 home runs and 108 runs batted in and finished fifth in American League most valuable player balloting in 2009, will have missed almost two full seasons.

Beyond the Box Score 2011 Catcher Defense Ratings: May Edition - Beyond the Box Score
And now... the moment you've all been waiting for... the first installment of the Beyond the Box Score Catcher defense ratings of the 2011 season! These rankings are expressed in runs above and below average based on comparing each players fielding errors (FERns), throwing errors (TERns), passed balls and wild pitches (PBWPRns), and of course, caught stealing (CSRuns), and converting them to their linear weight values.

Jeff Mathis is not good at hitting a baseball...and apparently at catching one either. Here's the TL:dr version: Conger #32, Bobby Wilson #42, Jeff Mathis #68. Out of 75.

Scout.com: MLB Draft: Scouting The Talent
The MLB Draft, like the draft in any sport, gives us a glimpse of a team’s evaluation process and a glimpse at what they believe could be the organization’s future. The question, however, is how is this done?

Very interesting article about scouting. Explains a lot about how players are rated and what goes into ranking potential draft picks.

Two minor leaguers suspended 50 games for PED violations - USATODAY.com
Frandsen is a five-year veteran who played in 54 games last season with the Los Angeles Angels. He was signed by the Philadelphia Phillies in the offseason and is currently with the Phils' Class AAA affiliate in Lehigh Valley (Allentown, Pa.). He tested positive for the banned stimulant ritalin and will begin serving his suspension immediately.

'Black cloud' continues to hover above banged-up Texas Rangers - USATODAY.com
The team ERA is 4.07, last in the AL West. The Rangers have committed 34 errors and are saddled with a league-worst .975 team fielding percentage.

Okay, I know today's post has kind of a touchy-feely, nice-guy vibe going on, but I have to say it, "HA-HA!"

Blue Jays made best winter move so far, trading Vernon Wells - Jon Heyman - SI.com
But whatever he does do, the trade that sent Wells and much of the hefty amount left on his contract from Toronto to the Angels was still the Holy Grail of trades for the Blue Jays and the best move made this winter by any team. 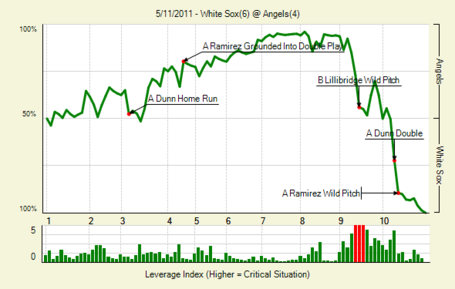 A great story about Joe Torre, Pedro Guerrero and fraternization - Yahoo! Sports
and the incident escalated into national headline territory with Worrell and Guerrero coming to blows and wrestling their way into a nearby locker. The story continued with Torre putting an end to any other visits from the enemy and a steaming Hudler (aka "Wonder Dog") hilariously using the press to mark his territory. From the Associated Press on April 20, 1992: "Anyone else comes in here again, they're free game," Hudler said. "Open season, baby." "If you're the enemy and you come into the enemy foxhole, most of the time you don't get out of it," Hudler said of Sosa. "He's lucky he got out without serious damage."

Wow. Hudler was using the foxhole line way back in 1992.

Reluctant King by Joe Posnanski
On May 21, 1999 Jeff King suddenly and shockingly retired. He seemed healthy, and he seemed to be having a reasonably successful year — he was on a little six-game hitting streak at the time. It didn’t make a lot of sense … unless you realized how much he despised playing professional baseball. He couldn’t wait to get out. Later someone told me that he had, only the day before he retired, secured enough service time to guarantee his MLB pension. With that, he went off to a ranch in Wyoming or some such place.

A short (very short for Posnanski) post about an interesting subject.

Chris Erskine: Angels Express train to Angel Stadium - latimes.com
The thing I enjoy most about Dodger Stadium — pregnant women in halter tops — is in short supply here at Angel Stadium. In the O.C. everyone seems fit and about 15, even the grandmas. The older men smell of yacht plastics.

Is this perception still alive in LA county? I remember hearing this crap 10 years ago when I still lived in OC, but I thought it would have finally died out. I'm not familiar with Chris Erskine, but based on this article it's not worth my time to go back and read some of his archived stuff, so someone will have to let me know if he's stuck in the 80's or this is a onetime suck. (The "pregnant women in halter tops" line was pretty funny though)

This is really cool. The premise is to find the first time someone is mentioned in print. Todd Helton's is pretty good.

May 12 - BR Bullpen
Events, births and deaths that occurred on May 12.
1955 - Toothpick Sam Jones of the Chicago Cubs becomes the first black pitcher in major league history to throw a no-hitter and he does it in the hardest way. In the ninth inning against the Pittsburgh Pirates, Jones walks the bases full and then strikes out Dick Groat, Roberto Clemente and Frank Thomas in a row to preserve his 4 - 0 victory. It is also the first no-hitter at Wrigley Field in the last 38 years. Unfortunately only 2,918 fans are on hand to witness the double milestone.
1999 - The Angels shut out the Yankees, 1 - 0, behind the combined three-hit pitching of Chuck Finley and Troy Percival. Finley strikes out 11 Yankees in his eight innings of work, including four in the third inning, to become the 33rd pitcher in history to strike out four in a single frame.
2004 - In one of the most remarkable at-bats in major league history, Alex Cora fouls off 14 consecutive pitches and then hits the 18th over the right field fence for a two-run home run off Cubs pitcher Matt Clement. The homer extends Los Angeles's lead to 4 - 0. The Dodger Stadium crowd cheers each foul ball as the total starts to be displayed on the scoreboard.
Happy b-day:
1957 - Lou Whitaker, infielder; All-Star and it should say "Hall of Famer"