Continuing with our series of introducing the bloggers who contribute to making this site the superior source of Angels fan perspective in all the universe (cue trumpets: duh da-da DUHN!!!), meet longtime site stalwart YESWECAN, also known as Wayno the Wino. YWC has been helping me out on occasion since this site began back in 2005. He is notorious for stealing ashtrays at the Bellagio on our 2007 Halos Heaven in Vegas trip (he is pictured at the completion of this article at Ceasars Palace planning the heist with a marble accomplice) and has written many an emergency postgame thread when I am indisposed.Without further adieu, the rockstar himself Yeswecan.

WHO WAS THE FIRST ANGELS PLAYER YOU DECIDED WAS "YOUR GUY"?

Later Phase: Garrett Anderson I admit it, I'm a sucker for sweet swings.

It was Maicer Izturis earlier this season, because he's making a solid contribution in a season where there aren't many. But my current fave is Mark Trumbo, simply because it's neat to see someone hit a homerun once in a while. It's exciting to see what the Rook might pull off by the end of the season. He might end up being the only highlight of this season.

Both. Baseball is such a nuanced game that it requires statistics in order to find meaningful patterns. Chemistry is too intangible to have a measurable effect upon a game that requires its stats to extend a decimal to the thousandth place. The problem is, like Suboptimal so eloquently explained, its predictive qualities are limited because the statistics require such large sample sizes to become meaningful. And even though they have meaning over a long season, they're not good at predicting single events (as Subop also pointed out). On the other side, people overvalue "chemistry" and other "intangibles" because it's romantic. We want that Kirk Gibson moment to happen every time. But the fact is, Lasorda took a huge risk by rolling Gibson's rickety ass out there. But because it paid off, it's a great baseball moment. And great baseball moments are what make us love the game, not the flowchart that helped make the bland decisions that set the drama in motion.

PICK A SONG FOR THE ANGELS TO REPLACE BUTTERCUP WITH?

"America" by Neil Diamond If the Chowd Sox are going to steal one of the great American songs ("Sweet Caroline") from the rest of us, then let's steal the whole damn country from them. I can hear the revised refrain now: "They're coming to Anaheim of.......L.A.!!!!.....L.A.!!!!"

IF YOU WERE IN CHARGE OF THE ANGELS SUMMER CONCERT SERIES, NAME THE PERFORMER YOU BREAK THE BANK TO GET..

Metallica. How awesome would it be to hear the second-best Angels pre-game song ever ("Enter Sandman" -- #1 is "Spirit in the Sky") live, pumped up to 120db? Then comes the annual "Rock the Rockpile" concert series.

SAY SOMETHING BALLSY / CONTROVERSIAL FOR US TO REMEMBER YOU BY...

Brandon Wood is more loved by Angels fans than Maicer Izturis is. Perhaps it's a kind of "stats vs. chemistry" debate within fans' minds about the players they love. 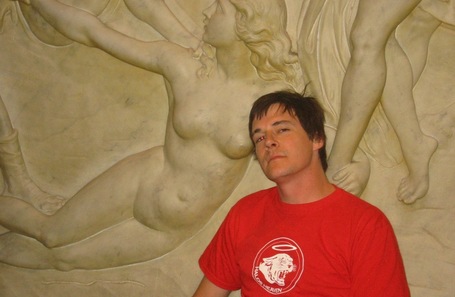 Yeswecan ... always around some chicks...