Matchup 9; Round 1: Moondoggy VS George Kaplan

Share All sharing options for: Matchup 9; Round 1: Moondoggy VS George Kaplan 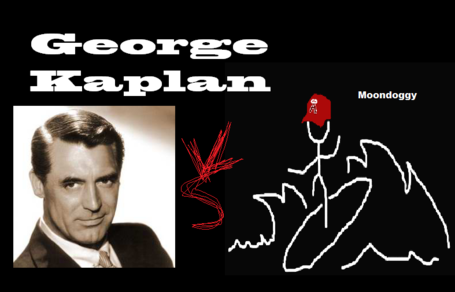 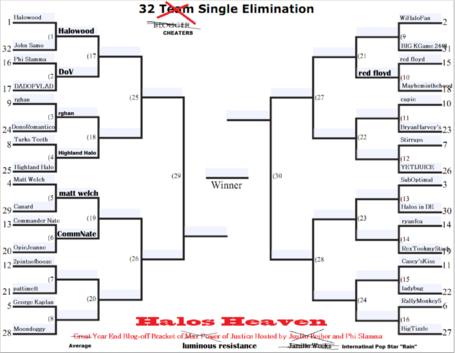 (Did this on Monday so I have no idea who is going to win the 2pints/patti matchup. Its too close to tell as of the time I am writing this.)

In my effort to fill out the left side of the bracket, we get to our final left-sided-first-round-bracket-matchup. Kaplan VS Moondoggy is epic and I fully expect multiple "should have been a fanpost been a semis match". I agree so stop harassing me, I can only apologize so many times before I break down and cry like a baby. Tears and keyboards do not get along, I assure you. 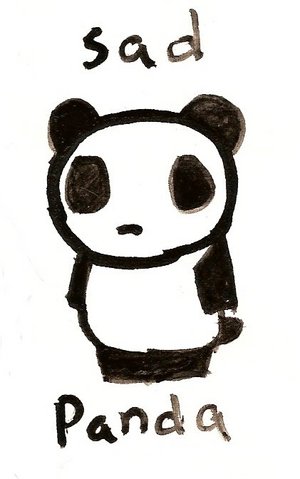 When you read this it will be Tuesday. I hope Tuesday is better than Monday. I will make an effort to call into Halo Talk and sound less hungover, however, I have a particularly ominous conversation I have planned for tonight with a particular significant other than I know full well will go poorly. Massively poorly. I would say wish me luck but in the matter of love and its complexities luck has nothing to do with anything. I will most likely have to go out and get my mind off of things after the horribleness I assume is coming. How this whole thing turned into a running blog of my life, I have no idea, but I should probably stop it. All I know is this was taken last night and I am aging poorly: 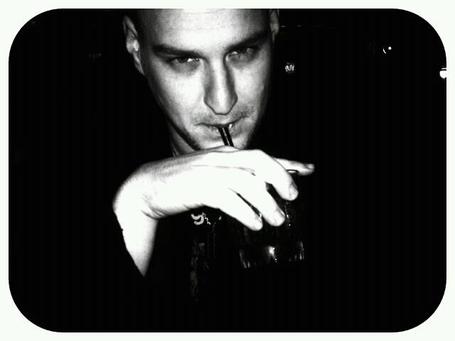 (Yes ladies, those bags under my eyes, alcoholism, emotional baggage and womanizing could all be yours. Im single and looking, apply within.)

The chances of me sounding like a functional human being is looking slim. However, I am looking forward to touching base with Rev about the bracket challenge reward, the tech update about the polling system and I have a few updates as to the challenge itself. (Im assuming there is going to be a talky thing tomorrow, if not ignore this whole section, insert boner joke)

Your emails have been appreciated. I am glad I could provide some sort of consistent medium in the offseason for the community to stay in touch with. Your love is noted and I thank all of you who took the time to email me your thoughts.

Now, without further ado, because Moondizzle is a total bro and is on top of his game he emailed me ahead of time with his case to move on.

Remember, you can send me/tell me what you want as your visual representation and get your case in the Story itself by emailing me at MrGuyofStuff2@gmail.com. Also send whatever thoughts/opinions/criticisms/sexts you feel you want to share with me. Mayhem, you can stop sending me topless pics, I already agreed to go on a date with you. Diminishing returns, my friend, diminishing returns.

First I would like to say somewhat about my worthier opponent, Mr. George Kaplan. George is one of the more knowledgeable posters on this blog. His analyses are thorough, and he rarely equivocates and is not afraid to stake a position and defend it. I don’t always agree with him (mostly, because I think with my heart and I don’t know what the hell I’m doing), but on the occasions when he agrees with a point of mine, I feel validated. GK may not be LOL funny, but he has a dry wit, makes very few typos and is a grammarian of the highest order (I heard a rumor that the first edition of Strunk and Kaplan is due Fall ’12). To be honest, I am so…surprised to be even be in the bracket. So if I get obliterated, I understand perfectly.

However, with me, baseball is solid emotion. And what I lack in knowledge and analytic skill I make up with passion, because as we all know, people with intellect and skill do not ride into the Valley of Death with the 600 and I’m usually in the first wave with my saber rattling. Here are a number of points in my defense:

1. My passion for Angels started young. Born in Orange from a native of Orange, I remember when my father told me that a stadium, "a magical place," would be built less than five miles away. He NEVER waxed poetically like that about Disneyland. For him, Angel Stadium was the Magic Kingdom. He passed in 2000, and even though I know in my mind it’s nonsense, in my heart, as I was sitting in the stands for game 6 2002 with my Mom, brother, and oldest son, that he had something to do with that comeback.

2. I represent the blog on a global basis. Because of unique job, I have joined into game threads from five of the seven continents and numerous times zones. Shanghai, Beijing, London, Cork, Mexico City, Seoul, Buenos Aires, Pleasantville. And of course Bangkok are some of the cities that I’ve blogged from. I wear the colors wherever I go (although, I had a bit if problem in Cork, Ireland where "Angels" was the name of a gentlemen’s club that had available for lap dances attractive eastern European women – thank the Lord for the EU – and although I never had the occasion to visit before it closed down, my cap and shirts got nasty looks from the good Catholic girls at out office there. Also, during the riots in Bangkok, my wife hid my red shirts -- although one of the protesters was wearing a Frankie t-shirt :D). I love this blog and those on it. Vegas 2011 was GREAT. Vegas 2012 everybody!!

3. I have managed, through one broken marriage and another where language is a real issue, to convert all four of my children to be fanatics. This is in spite of the fact that they are for the most part stationed in enemy territory. Son number one may be soon relocating to Texas (Houston is playing a factor in his decision because he will get 9-10 games a year 2013 on). Son number two is located in Koreatown in LA, a Molotov cocktail throw away from site of the 1958 O’Malley Land Grab. Daughter number one (child number three) represents in NE NJ where she wears her colors proudly to the Bronx (alone if necessary, but often accompanied by Cath619). Daughter number two (child number four) has no idea what baseball is, but wears her Angels Jacket proudly to school. Someday, some Thai will see a game and go "hey, I’ve seen that coat before," and a fan will be born. The same goes for a small farming village in NE Thailand where 20-25 Angels caps are worn by rice farmers, but that’s another story for another time and, quite frankly too painful to recount here. I passed my passion to them; and as my father taught me, I taught to them "You don’t leave the game until the final out."

4. I go to games whenever I can, wherever I can. I lived on the east coast since 1988 and I am still a season ticket holder from 2003 on. I managed to get to about 35-45 games a year until I moved overseas. These included games in NY, Baltimore, Cleveland, Chicago, Dallas among others (won’t go to Fenway, though. What a dump. They can burn that fuckin place to the ground for all I care -- F-Bomb for Jan). And I am passionate about these games, come hell or high water. One memorable game was game 2 of the 2009 ALCS. I was in The Burke Rehabilitation Center after my leg amputation (for the movie trivia buffs, this is where Harrison Ford rehabbed in "Regarding Henry"). They wanted me to stay an extra week because they felt I was still pretty clumsy (little did they know, I was really clumsy with two legs). But I told them I was ready to go and wanted to be checked out (not because I was valiant, but I had tickets to the night’s game…if I had had tickets to game 1, you bet your ass I would have checked out 1 day earlier). My Thai wife, who had never been to the US before went with me to the game and I had to hop down to my seat (didn't have my prosthetic yet) because the Yankees actually sold the wheelchair spots and stored my chair. I had bundled her the best I could, but it was so cold (remember…that was the game Aybar looked like a red condom). She wanted to go home so bad. "You want to be killing me. My body be dead, but my heart still beating." The game went 13 innings before we lost and it rained from the 6th on (and snowed in the 8th ). "You say this game go 9 innings…you lie." I almost left in the 8th, but my late Father’s voice called to me "…the final out," and I thought, "better she learn now." The next day after she thawed out she told me, "Good thing your leg be cut or we have fight big time."

For those of you who don’t know me, here is me in younger days:

For those of you that do know me…shhhhh.

Phi, I want to thank you for giving us a forum. May the better man win (ah.screw that, vote for me instead).