The Angels might make the bloggers sit at the kids table in the press box, but they send out real purty press releases for us to share with our readers (seeing as our blog's readers alone outnumber print-media dinosaur Mark Whicker's shrinking legion of old men in Orange County who still get the OC Register thrown on their lawn).

Click to make it bigger but here is the release announcing the TWENTY Non-Roster players that they have invited to Spring Training. Two pitchers, Francisco Rodriguez and Loek Van Mil were on the roster at the end of the season but were removed by Jerry Dipoto. Former major leaguer Jorge Cantu, signed to a minor league contract is also heading to Tempe on February 19, one month from Thursday! 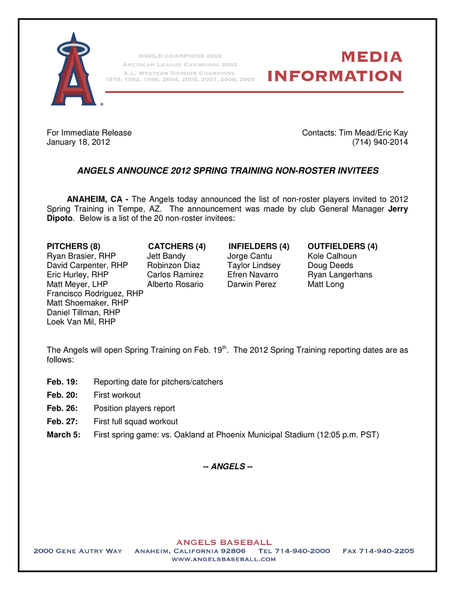