Angels Pics From Springs of Yesterday

Share All sharing options for: Angels Pics From Springs of Yesterday

Until Tim Mead learns that Twittering is something that a gentleman can do in polite company, the Angels are relying on Ryan Cavinder to tweet. His first spring tweets at the @RCavinderAngels are full of fun facts:

Our wayback poster Rex Fregosi will likely be in Tempe today to capture pictures of the Angels at Spring Training. Here are four memorable shots he took of Spring Trainings in 2006 and 2007... 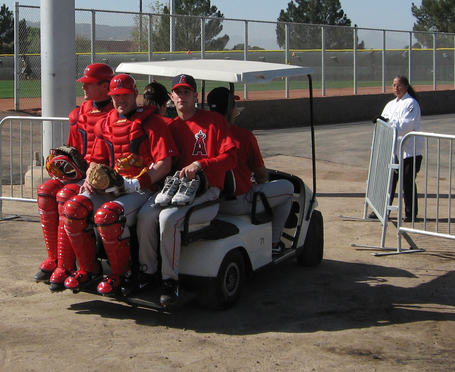 Can you tell who these three Angels players on the cart are? I could swear it is Bobby Wilson in the middle and Jeff Mathis on the right but it is hard to tell. 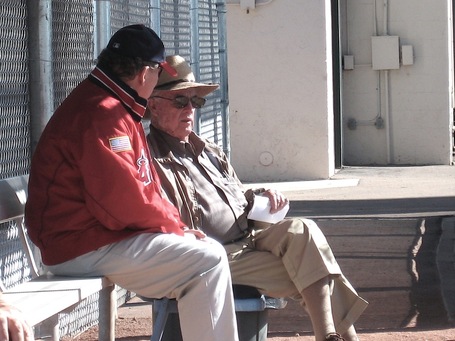 The Angels hired Gomez as an advisor and he was integral in building a culture of chemistry between Latino and American players. 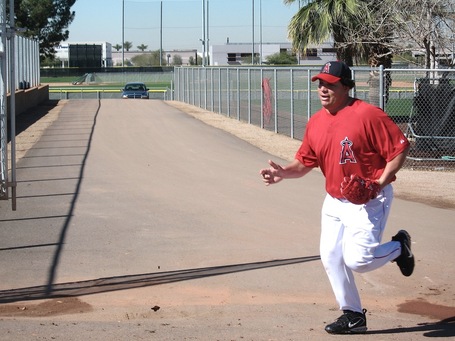 Sure, Bartolo Colon was battling injuries to regain his old form, but... was there are food truck nearby? 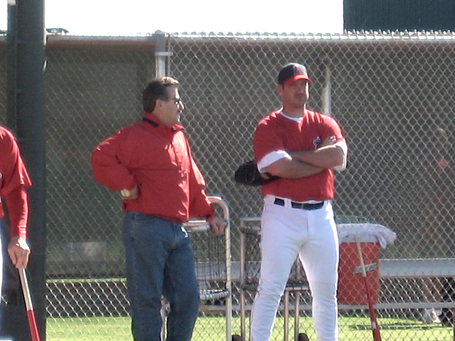 Troy Percival was a guest instructor in Tempe in 2007, threw out the first pitch of the season and then promptly signed with the Rays in May of that year. I doubt Arte Moreno is encouraging that sort of thing as the two converse in this February, 2007 picture.

All Pictures here are © by the photographer and posted in the assumption of his generosity.

Let's hope the lens is clean,the memory card has been properly formatted and the batteries are charged as our man in Tempe hits the early morning cattle call on behalf of Halos Heaven and Angels fans everywhere!