On the brink of the 2012 season, while we are all still aglow from this offseason, let's take a moment to praise The Boss. No, not THAT Boss. OUR Boss. Arte Moreno. Arte is a very private man who happens to love baseball at a time when the Yankees were not for sale, the Diamondback franchise eluded his grasp, and Disney had completed their efforts to retain baseball for their home city. So we won Mr. Arte Moreno. The Best Owner In Baseball (Ok, so, technically, back when this SI article was done the Red Sox still held open their window of competitive opportunity. But, as we all know now, that window has closed...slammed shut by the deft handling of Albert Friggin' Pujols.)After selling his advertising business to Clear Channel and taking his shares of that sale onto Billionaire Road, Arte established the Moreno Family Foundation. Doing some deep-dive research, we can discover that Arte spends about 3 hours a week tending tot he needs of this foundation. Not near enough to get in the way of keeping our beer prices low, our beer selection high, and our player roster stocked to the gills. But more than enough to do some phenomenal good deeds in that amount of time. Browsing his Form 990's from 1999 through 2010 the family foundation gave about $8.5 million to various causes. And note the general theme of these gifts. Using the 2003 report the Moreno family is busy servicing the underprivileged children, and community serivce organizations caring for the poor. And that is just one such charity. In 2004 Arte and Carol Moreno established The Angels Baseball Foundation here in Orange County. This foundation has a similar focus, and has received quite a bit of recognition for the all the parallel goodwill conducted here in the Southland.Am I going somewhere with all this? Why, yes I am. One of the fund-raisers that are conducted by The Angels Foundation is the Angels 5K & Kids Fun Run, which will be held next month on April 22 and start/finish at Angel Stadium. Before the season kicks off next week, while we are still in the languid days of ST, registration is now open (here). This is our chance to thank Arte directly, help him help others, and show our support for his efforts to support worthy causes here, and elsewhere in the USA. My family will be represented, and I hope yours will be, too! 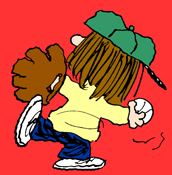 Holy Cow. Jamie Moyer is older than Pop Fisher. (Even worse, so am I.)..........Have any of you ever been in attendance and witnessed this sort of thing in person? I have. I can tell you that it is far more disturbing than what comes across on video. Eternally frightening. Gives me the heebie jeebies whenever I sit at a game and see fans not paying attention during an at-bat..........OT: FAILED Parent Experiments: Last week it was youth soccer in China. This week it's Easter Egg hunting in Colorado. (Good news on the FAILED Parent Front: One kid is fighting back!!)..........Something to follow: Adam Foster tweets that Trout may have more health issues than advertised.........Lyle Watch is officially on. The Blue Jays have far and away the best record of the exhibition season to date. And the reason, clearly, can only be due to the acquisition of one player..........NFL downtown LA may be officially dead. This would leave NFL Just Up The 57 Fwy From Anaheim in LA County as up to bat next, which would be just in time for Arte to opt out of his current stadium contract and renegotiate with leverage. Just a theory of mine..........Time to turn our morning chatter to food. First, crazy foods in sports. Grab yourself a Fifth Third Burger and then..........

Finally, the obligatory moment we take out of our day, each Friday, for beer: 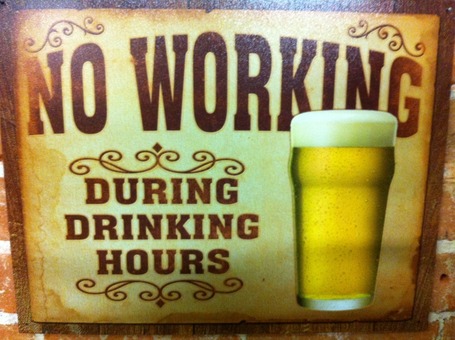