Well, here we are folks. One week into the brand new season and we already have our first Pitchforks and Torches Day. Two games in a row where we staked one of our front-of-the-rotation aces (first Jered Weaver, then Dan Haren) with a lead and walked away shellshocked in defeat. The bullpen has just finished surrendering 10 runs in only 5 innings worth of work to a team that had previously been unable to win even a single game. This is, in a word, unacceptable. 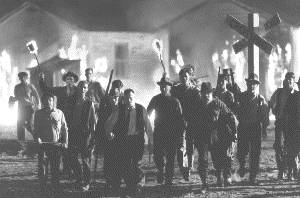 Redirecting our attention to another word, it is also unsustainable. No bullpen on the planet has ever gone an entire season at that monumental level of unproductivity. So there must be some pretty good times ahead, right? Right? Modern math says it must be so. I mean, really, if we are going to worry about something being this consistently troublesome over the course of the season, what's it going to be: Albert Pujols or the pen? Because let's face it, as long as a Bourjos is outslugging a Pujols, we have first got to deal with some fundamentals. We might not mind the bullpen collapses so much if we all have a play pool full of Pujols fun in which we get to splash around.

This weekend I plan to hope that I don't spend too much time during the season remembering that we once had a guy who was pretty damned good at the PREVENT SCORING thingy.

MORE AFTER THE BREAK...

In what must be some sort of historical turnabout, the Los Angeles Angels arrive in New York to face the Yankees as THE visiting draw in the American League, sure to stuff the gates as New Yorkers flock to get a rare glimpse of Albert Pujols in person as for a weekend trio. Home Opening Weekend - smeekend. It's Los ArcAngel that is the reason for the next three days of excitement in The Big Apple. To get you into the mood, here is a small, but fabulous, collection of Life Magazine photos of classic baseball. I am beginning right in the middle of the series, as Mickey Mantle passes on his legacy to....? Hello? Anyone??

Let's play some catch === Baseball invented the word "jazz"? The debate rages on..........Oh, Canada, using our National Pastime to conduct class warfare..........(Ha! It didn't work anyway! Canadians cannot hold their liquor.)..........OT: A Man Who Changed The World. Every single one of you reading this post owes some debt of gratitude, and should take a moment to raise a glass..........First World Problems, Tim McCarver Chapter: "There is nothing in my view more disturbing than social networking — nothing." Dear Tim, let me help you find something more disturbing..........I need to retire, so I can follow in the footsteps of my new heros..........Valley Fever Update (remember this and this?): add another victim, Ike Davis..........OMG!! Kansas City Royals Promo Of The Year: Pine Tar Day!..........Whew! Josh Hamilton launches something else into the home stands, creating yet another dangerous situation, but this time tragedy is averted..........Lastly, it turns out that The Unwritten Rules Of Baseball, were!..........

Finally, the obligatory moment we take out of our day, each Friday, for beer. 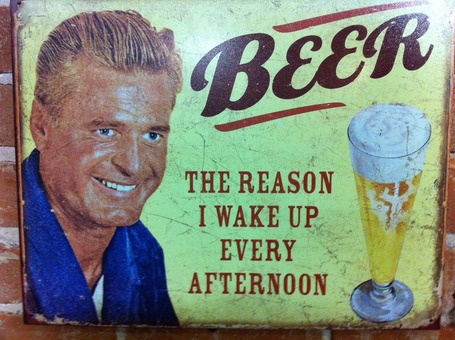