We have not sat quietly. We have been impatient. This is new. This is very rare for most fans, and a rather unique experience for us. Sure, it is quite common for teams and their fans to enter a fresh season with the hope that they will be successful enough to be lucky enough to compete for high honors. It is almost as common for teams - and especially the fans of those teams - that genuinely do have a solid chance for ultimate victory, to make up the gap between real odds and absolute certainty with boastful exhaltations and proclamations. This is where we have spent the past decade ourselves. But it is very rare for a baseball team and their fans to begin a season convinced that they have the very best chance to win everything, that ultimate victory is theirs to lose. Hoarding that feeling is why most fans begrudge Yankee fans. And handling this rare event poorly is why most fans begrudge Red Sox fans. We, fans of the 2012 Los Angeles Angels of Anaheim, now stand upon the threshold of that belief. An uncommon position during our first 50 years.

LOTS MORE AFTER THE POLL...

Over the course of the next few months we will have times of greatness and times of calamity. We will see moments of individual glory and moments of abject failure. We might win in bunches and we might lose in bunches. We will have individuals contending for the highest honors and others pulling the team towards an early grave. There will be ups and downs. Some times will be loud and some times will be quiet. Let us not be calm. Let us allow ourselves the rights as fans to rise and fall with the prospects of the season. But let us not be jerks about it.

We are about to be overrun with fellow followers. Most will be new voices. Many will be naive. Some will be difficult. At least one will be an abomination. It seems to happen every year. We will see games with 3000 comments in the threads. We may see games with 5000. This might prove the SBN/HH experience difficult for many, depending on technology. We might even see new and unexpected things on HH, such as breakout game threads between pockets of HH'ers. I cannot predict. But let us not be jerks about it.

Most importantly, be proud of your allegiance. Be fearless in your support. Be loud with your enthusiasm. Be boisterous in your optimism. Be outraged in your disappointment. Be both patient and impatient. Be welcome in our fraternity. AND GO AHEAD AND BE A JERK ABOUT IT! But remember (or realize, if you are new-ish), this is NOT a wine tasting club where appropriate attire is an Izod shirt, Dockers and penny loafers. This is a lot closer to a baseball fan's equivalent of a biker bar with occasional forays into Burning Man (here's to you, Mayhem!) If this mosh pit of BASEBALL FANaticism pains your sensibilities, feel free to call 877-8-830-830 where Terry will gladly answer your burning question as to whether or not he thinks "Albert-Pujols-your-favorite-player" is going to hit a lot of home runs.

This year, people, we seek The One Ring. Here at the start of 2012, all but a handful of our peers are already behind us, enviously bickering and casting stones and waiting for any trip up in order to pounce upon us. And they will gleefully attempt to drag us back to their level. Have no fear. We are already among the winningest baseball teams of the past decade and our launch pad for 2012 comes at a starting altitude of which they can only dream. They cannot touch us. Our peers are few and even they are willing to look upon our team as highly favored. Even they are forced to defer to time itself in order to sort this all out. None can claim with confidence that they can dominate our team. Not yet, not today, not at this time. Not at our time.

And do not be fooled. This is our time. We are the fans of the Los Angeles Angels of Anaheim. And this place, where you are reading this is, by no small margin, the number one gathering place for Angels fans of any venue and any format not already surrounded by a large asphalt parking lot. This is Halos Heaven. Let us start. Let the season begin. Play ball!!!

San Francisco Giants, ready for baseball ..........A's to New York? Floating a trial balloon ..........OT: Most hilarious sports video mash up in play today ..........Oh yeah, the AL East is fierce. FIERCE, I tell ya! ...........In honor of Moondoggy, I just received my new shirt to wear to games during the 2012 season (Yeah, I know about the typo and I ain't worrying about it. There's a 12 character limit on jersey names and too few people know the proper spelling anyway.) I remain curious as to whether or not I will get any grief from an usher.........."Bypass Lanes". Somehow I doubt they will offer these for beer concessions..........Speaking of beer...Ozzie Guillen is inspiring sporting behavior in fan purists everywhere..........Which brings us to...

Finally, the obligatory moment we take out of our day, each Friday, for beer. 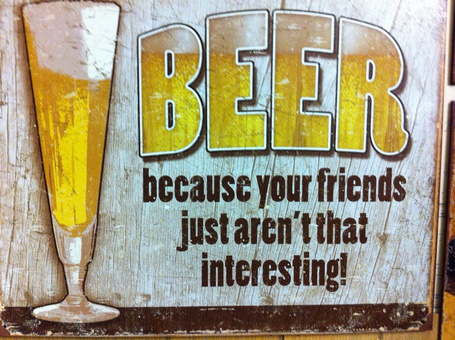