Share All sharing options for: Phi's Five 2012 Edition 1: Or "Really For Realsies Why Pujols is Hitting Under .200, Like For Serious"

Lets start this out with a familiar face.... 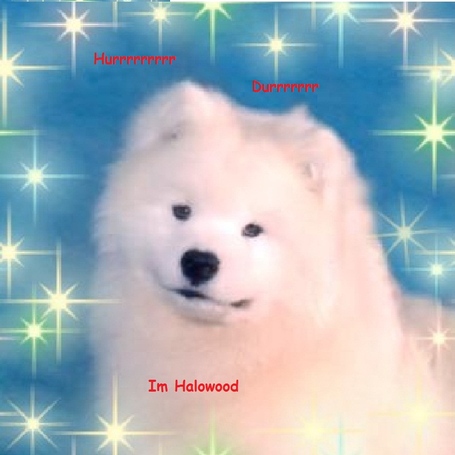 I'm not dead! Well, mostly. This is my (I think) third installment of what began as shameless trolling of one of my all time favorites long since banned from this site. In this completely pointless, meandering fluff piece I will provide you with my five thoughts over the last month (well four relevant ones and an update about yours truly because for some reason people legit care if I'm either ok or naked in a ditch somewhere). So, since we are playing the A's tonight and this team is about as fun to watch as watching already dry paint dry I feel like MAYBE I can provide some entertainment for this fine Monday (Also, for my nerds out there, Diablo 3 Monday)

Lets get the unimportant stuff out of the way. 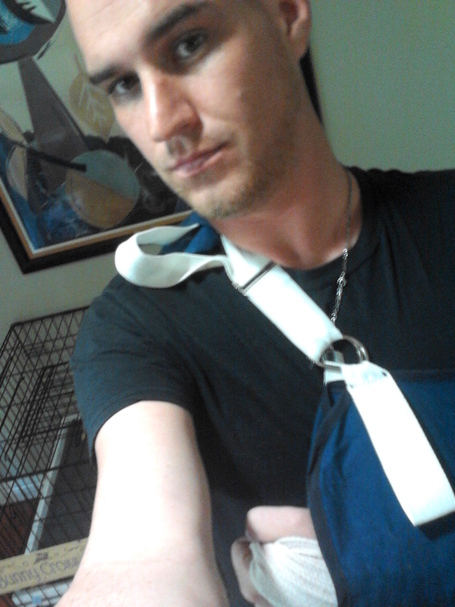 See, I'm fine. There are a few things to take away from this picture:

1) That cage behind me? Yeah, bunnies. They have the FLUFFIEST FACES. My roommate acquired them from his ex in Arizona, now we have bunnies. Sure they are actually SHOWN in this picture.... but then again have you ever tried to take a picture of a bunny? They are ok chilling in your arms, then you take out a phone and they are like "HOLY GOD WHAT IS THAT DEVIL MACHINE, I AM THE F OUT OF HERE" and there is just no possible way to have them sit still. But the point remains: fluff monsters in the Phi House Hold.

2) Yeah, I broke my arm. Cars hurt. I got hit by a car, from behind, whilst biking attempting to get my cardio on. I flew majestically over my handle bars, into the air, and gracefully landed direct on my left elbow. Stuff broke. I was not happy. The first week sucked, but Its relatively decent now. Broken arms are not fun, though. If any of you crazy kids are thinking you are going to go out this weekend and brake something, make it not an arm. Just, trust me on this one.

3) Im getting a tan going. Ok, so, I know you guys probably dont care, however being half Irish that is basically the equivalent of the guy who plays Tyrion Lannister on Game of Thrones making it to the top of Mount Everest while carrying the weight of Vernon Wells' contract on his back, solo, no guide, naked. Sure, my arm looks about 700 shades lighter, but I assure you that is simply the light.... I hope. 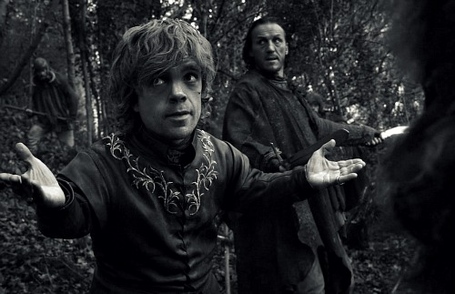 4) I missed some time around here due to a viral infection which sapped me completely. Its gone now. DADOFVLAD won the poster of the year award, by the way. Votebot told me so. 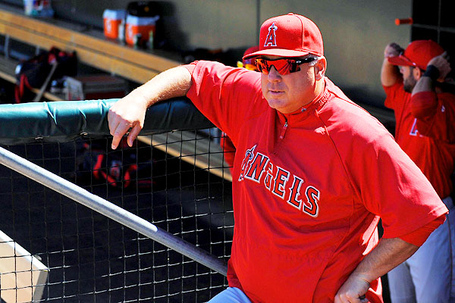 There has been much angst around here about lineups, how bad they are, how everyone hates everything and how the world is coming to an end. Also F the Rangers. (especially that last one) However, I would like to take you back. Way back. Alllllll the way back to December. During that time we were all super excited about signing one Albert Pujols (man, how fast things change) and we all sat around thinking of the possibilities.

"OK, so we have Pujols and Trumbo and Morales.... we have to find them at least 500ish at bats, ok we can do that with some juggling. Then we have to find a spot for Trout and Hunter, juggle them in the OF with Borjous and then...."

Alright. Listen people. We all should have known this was coming. We all had endless talks about getting 12 players enough at bats to be productive/consistent/whatever. So the season starts. We have to rotate a defensively useless Morales in and out of a DH spot that Trumbo has to somehow fit into while giving The Octogenarian some rest periodically. Wells has to play due to massive contract and waist size, so rotations abound! So, obviously lineups were going to reflect the depth we actually thought we had. A million different lineup cards were bound to be brought out, taking advantage of obvious platoon splits (Morales cant hit lefties, Wells cant hit, etc). I am actually surprised everyone is complaining about the AMOUNT of different lineups.

Ok, sure. The quality of said lineup cards have been horrendous. Aybar leading off, Wells batting higher than 7th, Trumbo not playing, Borjous being a glorified water boy. Those gripes are legit. This is an ongoing drama that I hope to Baby Robot Jesus gets resolved in short order. I am a card carrying member of JCVW, but would also not hate being apart of JPVWALABHS (Just Play Vernon Wells Against Lefties and Bat Him Seventh) club. 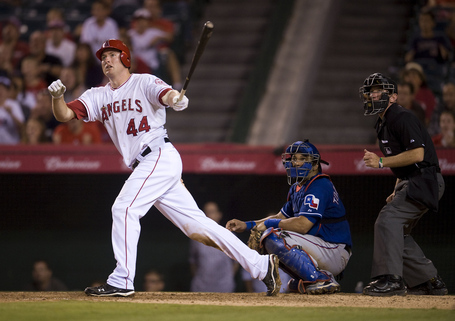 (Honestly, who does not love this kid right now?)

Mark Trumbo is everything we thought Albert Pujols would be this season. Playing with a chip on his shoulder, not backing down against superior teams such as the Rangers, taking walks, hitting the ball so hard its grandkids feel the blow, etc. I probably do not have to wax poetic on why Marky Mark and the Well-sy bunch is awesome.

I would like to touch on him playing third. If under any other circumstance, it would not be that big of a deal. The margin for error on this team right now is so small that the Angels simply cannot afford to play Trumbo at third and let him work out the kinks. Saying that there is "a lot on the line" this season for Arte and company is an understatement. If we traded Trumbo tomorrow to a team that has a cushion, or could afford a few dozen errors at third, then Trumbo would qualify at third in your fantasy leagues in like two weeks.

Since Arte not only invested in CJ Wilson and Pujols in the offseason but also spent major money extending Weaver, Aybar, and Kendrick the stakes are just too high to willingly allow an out of position player to get too much time where he isn't comfortable. Sure, one could argue that Vernon Wells is playing out of position literally anywhere in a baseball stadium, but that is besides the point. 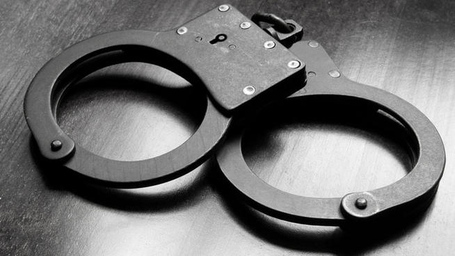 For those of you who did not hear (which will be exactly zero fans shortly) Torii Hunter's son was arrested under charges of sexual assault. This... is not good. This team feels like it is falling apart at the seams, from Iannetta going down to a leader like Hunter having to miss time and inevitably getting distracted by such a thing will hamper this team immensely.

However, this will lead to a much bigger issue. This event will literally give Sosh all the excuses he needs to keep Wells around. Now he needs "another outfielder with a proven track record" or "veteran leadership in the clubhouse" or whatever. I think this directly spells another month or two of Wells without question, and that is awful awful news for not only the fanbase but the franchise. I have no doubts that continued play of Wells consistently in this lineup will see the Angels missing the playoffs again after spending a quarter of a billion dollars on one player. Disgusting. 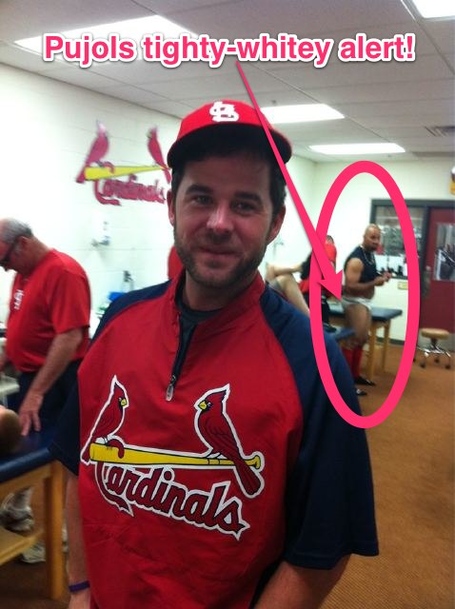