Biggest News Of The Week: Mickey Hatcher is gone. Ok. Now is a good time to focus on the measurements underlying the impact that a hitting coach has on a roster. How can what Hatcher meant, or didn't mean, be isolated and measured? How long would it take for any impact - again, or lack thereof - to be identified and proven? Also, how can the human emotional element be understood or measured as it impacts the players who own the responsibility of representing the teacher? If this argument is going to be settled at all, this is as good an opportunity to figure it out as we may ever have.

But allow me to, once again, fall back on my decades of experience in business management where the rubber meets the road here. I would bet $20 that Eppard walked in the clubhouse and, once he settled in and said his hellos and got through his initial meets with his bosses, he requested the scouting reports for the Chicago White Sox. And it didn't matter what those reports said, Eppard launched into some seriously excellent questioning of those reports and had some very stiff conversations with any scouts involved, letting them know that there was a new sheriff in town and that he was going to demand a huge uplift in the quality of their work from here on out. My guess is that by the time we get to the Mariners and the Yankees, we are going to start seeing some measurable impact when it comes to the Angels' approach at the plate. Simply because the scouts have been put on notice to do a more thorough job and Eppard will have a chance by then to start applying this better data. Of course, I'm pretty much always wrong on these prediction things so caveat emptor and all that.

Even Bigger News Of The Week: Albert Pujols is heating up! Perhaps conjugal visitation rights are a good thing for pro athletes after all? Pujols' family has arrived in town and joined him, finally, in Southern California. And all the fun stuff I had queued up to go after him today had to be erased from this Links post. In fact, my whole Albert Pujols At The Plate Flowchart project was put on hold (explaining why no Flowchart this Thursday). This week so far shows AP at 7 for 20 with 2 home runs and pulling his SLG up over .300 for the first time this month. It's a positive trend, perhaps aided by dryer and warmer air in the LA/OC basin. But if Pujols gets hot, it can only have a positive impact on the lineup around him. Now, what that lineup around might look like from day to day, well...

PBJ Watch Has Officially Commenced: Now that we have had Peter BourJos Hands Out His Own Bobbleheads Night, it's time to come to grips on the reality that Mike Scioscia is framing his position as Petey versus Trout, rather than Petey versus Well$. Thus we witness the power of The Big Contract as an effect on human behavior, admitted or not. Will Bourjos last until the end of June? Will he be sent to the operating table? To the Nats to spend his career playing alongside Bryce Harper, The Feared?

Speaking of Mike Scioscia: We need to chill around here. Sosh is not some idiot who stumbled his way into an MLB World Series manager spot. The man knows how to win, and win beyond his means for extended periods of time. This is just my opinion, of course, but Sosh merely needs to be checked and returned to the role in which he excels: managing baseball games. Checking power is painful, and bruises some egos, so here we are.

If Sosh does not excel at predicting which players will deliver superior results in the future, that doesn't mean he is unable to leverage that talent once it is put at his disposal. So Sosh doesn't do the GM job. That's not a sign of failure, it's putting Scioscia back into his strongest position. ("Check", says Arte Moreno.)

If Sosh does not excel with surrounding himself with the finest array of assistants, that doesn't mean that he is incapable of running a staff of highly talented coaches. So make the tough decisions concerning his assistants for him. That's not a sign of failure, it's surrounding Scioscia with the best help possible. ("Check", says Dipoto.)

If Scioscia's has a propensity of a favoring fading veterans over rising youngsters, often in defiance of all factual evidence, that doesn't mean that he cannot manage a roster void of fading veterans. Just take away his fading veterans! ("Adios, Abreu", says Dipoto.)

Winning is the best cleanser for bitterness. Mike Scioscia is being returned to the very best chance he has to focus on his very best skill: be one of the winningest Managers in baseball. And there should be more pain in the future as this plays further out. But Sosh can get over it. Can we?

Let's be honest here. There remains something intrinsically flawed about how this team approaches newbie hurlers. It's been that way for many seasons now. Tim Stauffer (UPDATE 5/19/2012: Stauffer sent to the DL, and the Padres pick up Eric Stults off of waivers - Stirrups) Eric Stults has what may be the best chance he will ever have, regardless of the length of his stay, to add a no-hitter to his career this Saturday night. Personally, I would suspect that this problem, if such a problem is real and not just my lyin' eyes, would be the interface between scouting of opposition pitchers and the batting coach interpolating that data and consulting with the hitters on how to approach a pitcher for which they have no personal experience. Here is Eppard's first REAL test! On the other hand, whatever happened to Dan Haren? Meanwhile, my long-standing pick for 2012 Cy Young winner, Jered Weaver, slipped to 11th place on the AL ERA list, while still holding down 3rd on the league WHIP list. Weaver might be pretty pissed over his last outing, and the Pads may suffer for it.

More Molina Magic: Up above I linked to a pretty fine Jeff Sullivan article on SBN concerning Bryce Harper. While there, I uncovered an even cooler article by Sullivan concerning the power of framing by Jose Molina. It's loaded with awesome GIFs. Jeff's takeaway is that Jose is performing voodoo on the umpire behind the plate and stealing strikes from what ought to be called balls. This is topical because of Brett Lawrie, which is fun enough by itself. But I present this as yet another cautionary tale that statistical analysis of all things baseball is far from complete, and the slideruler set would do well to avoid hubris in the current era. For example, until we can gather sufficient - and sufficiently accurate - data, deep offensive analysis for batters will remain incomplete because we are blending into the results the unknown impact of guys like Jose Molina (on the good side) and Jeff Mathis (on the mediocre side). (Oooh, yes, I said that!)

OT, BUT NOT OT: Deadspin has a great preview of how pro franchises can get on board and connect - PROPERLY - with their fan base in the Information Age. We are a heavily biased lot, here on HH, by definition of the fact hat we are an assemblage of Web hunting baseball fans. Certainly, not every baseball fan is like us. And most baseball fans of my age or older are more inclined to only appreciate polite sensibilities coming from the franchise of their affection. (Is this because our culture wants to think they are on the side of The Good Guys, and only Bad Guys behave with aggression?) But what Deadspin hooks onto with what is going on with the LA Kings official twitter feed is, uh, dead on. The best way to connect with the fanatical, is to show some irreverence towards the traditional and the safe. And for those of you who doubt me, may I direct your attention to that toy rally monkey you have in your possession? Your assignment for the weekend is to reflect on just how that phenomenon came about. Bottom line: the sooner our LA Angels front office pulls their collective heads out of their checkered golf slacks, stops posing ("From the Dugout >> Trout having impact here and beyond") and turns loose the way we do, the sooner they will take command of their geographical territory.

INDEFENSIBLE: I know you guys and gals all think that the Halo defense was atrocious yesterday against the Chicago White Sox, but take heart in knowing that this was not even close to being the worst defense among the teams in our own division! The Seattle Mariners remind us of our personal glory days playing Little League!

UNCLEAR ON THE CONCEPT AWARD OF THE DAY: This goes to the New York Mets which, on Wednesday, arrested one of their own fans for wanting to see more of their product. This particular fan is a NY city cop (gasp! a first responder!!). His offense? Moving to a better seat. During a game the Mets would lose. When there were something like 20,000 empty seats! The official charge? Trespassing!!! Holy crap. Now changing seats is LEGAL TRESPASSING!!! For some background on my reaction, I have always had this idea that it would be cool to have kiosks throughout a baseball stadium that allowed a person with any valid ticket to pay a small fee and rightfully upgrade to any better open seat in the house. The trick would be that anybody who failed to scan their legit ticket before the final out of the third inning lost their right of first refusal to their seat, and all such seats were opened up to the kiosks. If the original seat owner arrived later, they would beep upon entry and be directed to a kiosk entitling them to the best available seats at no charge. All the tickets are already bar-coded, so this would be easy to implement. For the team, they got a chance to sell the same seat twice AND still sell the cheaper seat once. And they get to close down concessions in the distant parts of the park as fans migrate towards the field and home plate in game. For the fans, EVERYBODY gets a chance to experience a game from that 6th row from the field that is going entirely empty because the corporate owner failed to find a taker. Essentially, each ticket to each game is more like seat license. I would be sooo down with nightly upgrades!!!

MLB has fired the arbitrator Shyam Das for invoking the Ryan Braun defense a second time..........Old Media is turning nasty at being left behind in the Internet Age............I feel horrible for the emotional roller coaster that Torii Hunter must be going through..........Adrian Gonzalez admitting what the rest of us have known for years, umpiring sucks...........His point is focused on strike one in this game, 8th inning (use Classic mode). That first called strike was actually in the batter's box on the opposite side of the plate!..........The A's versus Giants debacle continues to go nowhere. Slowly. Why can't one of us get paid hundreds of thousands of dollars a year to accomplish nothing?..........

San Diego (note that we remain highly topical!) has a thriving craft beer mico-industry, which anybody who appreciates a great beer in a perfect climate needs to study. Extensively. And, as it happens, June has been declared San Diego Craft Beer Month. Just in time!! 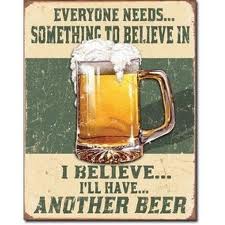