Cinco de Mayo is upon us. For those of you fellow Halo fans who are not from these part, this is NOT Mexican Independent Day, but it IS the day that Mexico marched into the Battle of Puebla and kicked the crap out of the French. This weekend we discover that the French are back. Grab your tequila or Corona and grab your limes and let's re-enact the ass-kicking!!

Blue Jays @ Halos Game Recap: Just when you thought that it was safe to believe in baseball once again, the LA Angels Offense reverts to form and lose to the Toronto Blue Jays 0-3. Three total hits. Two by Mike Trout to set an example for Vernon Wells and Albert Pujols, who responded by GiDPs on his behalf. And the Halos then showed thier merit by quietly sitting down and taking the last 4 2/3 innings of the night off, dropping the last 14 batters in a row. From Yahoo! Sports: "''That's a pretty special thing to do, especially against a team with a lineup that top to bottom is one of the best in the big leagues,'' Arencibia said." One of the best in the big leagues? That would be Cactus League.

Big Thursday News: Jerry Dipoto started to attack the bullpen that would otherwise be the Achilles' Heel of this team, were the offense not so...well...offensive. The Angels sent Alexi Amarista and Donn Roach to the San Diego Padres in exchange for Ernesto Frieri. (OT: Social Media Alert = SD Pads make the annoucement via twitter!) From MLBTradeRumors: "Frieri has been one of the game's more underrated relievers during his four Major League seasons. Frieri has a 2.33 ERA, a 2.45 K/BB ratio, an 11.4 K/9 rate and 0.6 HR/9 over 105 career appearances, with 137 strikeouts in 108 1/3 innings...Frieri turns 27 in July and has virtually identical home/away splits for his career, indicating he isn't a creation of Petco Park's pitcher-friendly dimensions...and is under team control through 2016." Meanwhile, per MLB.com, what the Halos sent back in "...Amarista and Roach [are] the 12th and 16th-best prospects, respectively, in the Angels' system." Rgahn would, I suppose, respectfully disagree with this assessment. But, Hey! Now we know what Rev was watching when Bill Stoneman was visiting Dipoto the other night! It wasn't about Stoneman talking Dipoto into signing another Gary Matthews, Jr. No! It was about Dipoto telling Stoneman to observe how one trades unproven prospects for proven needs!

Big Wednesday News: As some of you may have heard by now, Jered Weaver had a pretty good outing this past Wednesday. But here is one of those 3 million important little things that bug the bejeebus out of me concerning stat counting. It turns out that Jered was not alone in having an unusual night. This won't be the kind of data that will make it into Baseball Reference for their game tallies, but that doesn't mean it did not have a real impact on what happened. Weaver had a pretty generous strike zone. I count 12 pitches that were out of the zone and called strikes in Weaver's favor. At least 10 of them were waaay out o fthe zone. Whether the plate ump (Mark Carlson) was granting that zone from the outset, or Weaver worked the ump and batters into stretching the zone, I cannot say. Maybe the rock pile effects umpires as well as leftie hitters when Weaver is pitching...

Big Baseball News: The great Hall Of Fame career of New York Yankee Mariano Rivera may have ended during warmups, tearing his ACL while shagging pop flys. If that turns out to be the case, it will be a tragedy. Rivera and his fans deserved better than that. But then, we can probably count on the proven nature of Yankee Histrionics to make up for it somehow.

This Date In Baseball History: In 1919 major league baseball sees its first Sunday baseball game after the New York legislature passes the Sunday Baseball Law..........In 1939 Ted Williams, as a rookie, becomes the first player to clear the right field seats at Briggs Stadium as he hits a game-winning home run..........In 1944, blacks are finally allowed to buy regular grandstand seats to baseball games in the last stadium - St. Louis..........In 1963 Bob Shaw commits FIVE balks in one game..........In 1968 Simon & Garfunkles Mrs. Robinson enters The Billboards Top 10..........In 1975 Bob Watson scores MLB's One Millionth Run..........In 1981Ron Davis strikes out 8 consecutive California Angels in relief, setting a new record..........In 1982 Jim Eisenreich removes himself from a game due to obnoxious taunting by asshat douchebag Red Sox fans. Eisenreich suffered from Tourette's Syndrome at the time..........In 1984 Dave Kingman hit a pop fly in the Metrodome that gets caught in the roof, and won't come down unti the next day..........In 2006, according to history, Mike Napoli smacks the very first pitch he sees as a major league ballplayer for a home run against Detroit. However, if you check the data history is not true! If you can prove that history records are right, and the BBR is wrong, all you will merely do is find out that he is merely the THIRD Halo to perform that feat! Can you name the other two?.........In 2010 Ernie Harwell passes away.

WARNING! (NOT SAFE FOR WORK! So NOT SAFE that I am not even going to use the acronym and surpise anybody new to The Intertubes): Wally Backman will never get to post on Halos Heaven, but I am going to make an Honarary account for him here anyway. Why? Because I'll be damned if this is not the very emotion we fans want to pound into the brain pans of nearly every single one of the players and coaches on this team of ours. I know that everybody is giddy happy over the past couple of days, but IT HAS BEEN A MONTH GETTING HERE. So this is still something we need to keep close at hand.

OT: have you been following the Deadspin investigation on the Internet Scammer who has managed to pillage even East SPiN?? Kind of topical that WiHalo linked to Frank Deford taking potshots at media outlets failing to do their own investigative research anymore. Deadspin has been out in the lead of uncovering a potentially fraudulent blogger. In response to the Deadspin pressure, the blogger tried to have her own coming out party, apparently with only a little success, as the Nilson Report goes deeper. Fascinating stuff. But then, as the cannot-possibly-be-old-simply-by-definition goes, on the Internet nobody really knows that you are a dog.

And I Shall Always Blame Aybar: I once watched the video clip of the Kendrys Morales walk off home run leading to his broken ankle veeery slowly and veery carefully. I hate that sort of stuff normally. But I came to the conclusion that Kendry, as he was known then, did everything right. However, AFTER Kendry had jumped into the air BUT BEFORE he could land again, Erick Aybar jumped up and did one of those mid-air body slams. Normally this ain't a big deal because the recipient knows it's coming. But in Kendry's case he did not, and it knocked him off balance and he landed badly. Very badly. Where am I going with all this? Well, the lesson of exuberant home plate celebrations has still not been learned among the baseball academia.

On a related note, we suffered a pair of walk off losses this past week, both of which ended up being the Play Of The Day on MLB and forcing us to relive our misery over and over. Asdrubal Cabrera's walk-off single last Friday night was particularly galling. The whole pause to watch, flip the bat with impugnity, and then have the whole team on the field to practice their World Series winning celebration for 10 minutes just bugs the shit out of me. I hate walk-off celebrations gone wild, if for no other reason than these same knuckleheads get so bent out of shape if the pitcher goes even a little ape-shit by claiming the final out. Hey, ass-hats, what's good for the goose, etc...

Bernie Pleskoff, Professional Baseball Scout, takes a close look at Mike Trout and comes to the conclusion that the kid has talent. Care of MLB.COM, "Trout looks like an athlete. He has advanced baseball instincts that he calls upon in every phase of his game." Uh, Ok, thanks for that. Surrounding such fluff are decent observational opinions, until you get to this one: "Finally, Trout has a very strong and accurate throwing arm. If needed, that strength and accuracy will allow the Angels to play Mike Trout in any outfield position." That's not the Mike Trout we saw in 2011. Arm strength is the one weakness even I can find in Trout's game. My thinking is more along the lines of "noodle arm". Which is why, despite Trout's speed, I would rather have Peter Bourjos in center and Trout on a corner. By the way, how is it humanly possible that anybody is faster than Peter Bourjos, as Trout is supposed to be??? Didn't Petey nearly eclipse the existing world record for an inside the park home run recently, and only missed it because he was jogging from home to first base?

..........Dodger Fans Are The Bestest Ever: Bryce Harper's First Hit of His Career Is A "Moon" shot!..........And you think Walden is frightening?!: Here "The Ring" meets "Ceremonial First Pitch"..........Boston Pink Brigade Takes a punch: And why was she representing the BoSux at a Yankees-Tigers game anyway?..........More Wally Backman: Again, none of this stuff is safe for work, or for those with sensitive souls, but if you long for the days when players and coaches cared so much about the outcome of their efforts - here, here, here, here, here and here..........2012. Does it belong to Mike Trout or Bryce Harper? Fangraphs pulls out all our dirty underwear, and still takes Trout for this season..........Does anybody care anymore about Roger Clemens? Anybody beyond Andy Pettitte?..........Lastly, you know you got boss baseball skills when you can get yourself tossed from a game in which you are not even playing

And now, the obligatory moment we take out of our day, each Friday, for beer.

Here are the Rules Of Lime for Mexican Beers: 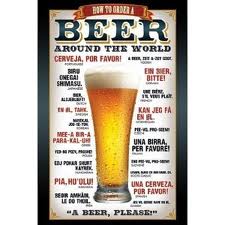