The Dark Knight Rises. My sons will testify that The Batman has forever been my favorite comic hero. I remain fascinated at the possibilities that might come from a mentally unstable champion. I also love tent pole summer blockbuster popcorn flicks, so this is an awesome time for yours truly. Forgive me my distractions, if any, this week. But, and here is where the controversy merely begins, as foundationally brilliant as Christopher Nolan has been in defining the bubble-gum action genre as credible drama, I shall forever remain convinced that he fell short on Bruce Wayne's deep and warped emotional problems. Silly as this may sound to all of you but, in my opinion, throughout the entirety of the modern Batman franchise only Michael Keaton's portrayal comes close to being scary-to-the-point-of-almost-losing-control-and-becoming-dangerous-on-behalf-of-the-good-guys.

Which brings us to Vernon Wells. Because, well, Vernon Also Rises. This is the weekend that mister-scary-to-the-point-of-almost-being-valuable-on-behalf-of-the-good-guys-and-ending-up-merely-being-dangerous, gets his clearance to pursue rehab starts. And his impact on the active roster is right around the corner. Dipoto has been brilliant in redefining the foundation of the franchise in so short of time, and redefining the franchise as a seriously credible player at the national poker table. But he still runs the risk of Mike Scioscia playing the Joker, and trending into old ways. So unless Wells learns to play catcher, utility infielder, or middle reliever in these rehab starts, there really is no place to play him that represents any meaningful improvement. Conversely, there are spots where he already does know how to play, which would represent a significant deterioration of production.

And, like Bane, it just does not matter how thoroughly you think you have Wells locked down, he will find his way back onto the playing field.

Winning. I really miss winning. That was fun, that "winning" thingy. Launching into second half of the 2012 season feels surprisingly like launching into the first half. 2 wins and 5 losses and 6 1/2 games back, with a bullpen looking lost and a starting rotation in shambles. After scoring 13 runs on Tuesday, the Halos limited themselves to just 3 runs over the next 18 frames, including a 1-5 loss yesterday to the Detroit Tigers and losing their second consecutive series. As if scoring those 13 runs took much out of their arms and legs, what with swinging the bat so much and the ball being so heavy and having to run so far around the base path.

And do you know what else I miss? I miss knowing how much the plate umpire and the scouting impacts individual game results. Listening to the Wednesday game on the radio, I was impressed by how many times the Halo batters were called out on strikes over the outside of the plate. Exactly what was it that had so many different hitters, credible performers all, stand there and fall into that same trap inning after inning after inning? According to Gameday, they were all legit strikes. For Hunter (1st inning), Trout (6th) and Pujols (7th) they were all identically located. And all caught off guard. What were they looking at? Why were they looking for something else? Hmmmm?

So, here we are: just in time for the Rangers. Where is the good news? Let's start by giving a huge (Bill) Finger to the Texans.

TexA$$: We've already done Dumb Laws Of Texas. So I will simply drop you this single nugget of mockery: Ghost Cows of Farm Road 511. It's just too easy with Texas. Not even sporting.

Mark Trumbo: Trumbo, he of the "2012 Regression To The Mean Because He Won't Take A Walk", is the first Halo to lead the league in slugging (.630) after the All-Star Break since Doug DeCinces in 1983. He is also ahead of Troy Glaus' all-time single season team mark of .604.

Mike Trout: from the Angels official Game Notes, Mike Trout is the first MLB player since 1920 to register at least 100 hits, 44 RBI AND 30 stolen bases in his first 69 games of the season. That stat is NOT limited to rookies: it's ALL PLAYERS, ALL TIME, FOR 92 SEASONS IN TWO LEAGUES!! Trout also scored in his 11th straight game yesterday. The club record is 13, held by Jim Edmonds during 1995. While we are at it, Trout shows a 2012 value to date already of $23.8 million.

Peter Bourjos: According to a REAL "Baseball Insider" (hey, it says so right there on his blog!) PBo is being shopped for pitching, Jonathan Broxton being the most recent candidate. And Kendrys Morales is also being made available.

Albert Pujols: One more home run and his 463 career total drops Jose Canseco down another notch in the all-time leader boards to 33rd. Dave Winfield is next in line, sitting at 465. Albert is also just 14 RBI's away from 1,400 for his career, putting him amongst only Joe DiMaggio, Lou Gehrig and Al Simmons for 1,400 or more in his first 12 seasons.

Jered Weaver: Looks for his 7th straight win tonight, tying his career-best streak that dates back to the very first 7 games of his pro career.

C. J. Cron: is being recommended by Kevin Goldstein at Baseball Prospectus as trade bait while there is still value remaining.

In Other News: You probably did not want one more thing to worry about. If so, stop reading here. Apparently this kind of thing goes on all the time and few of us ever even think about it, much less know. But in this past series in Detroit, there was a bomb threat made against the stadium that forced a significant, yet invisible, security response. I completely disagree with Rabbi Miller's idea to inform all attendees. He must live in some silly little world where there are not enough people to create any herd mentality. Like Detroit.

Yeah, But Do They Know About The Moths?: Marcia Smith over at ocregister.com has a piece of interest revealing Angel Stadium to be the 7th most Vegetarian-Friendly ballpark in America. Ok, that's cool. Not my personal speed but I get it. Dodger Stadium comes in at #5. Go Hollywood. Predictably, Oakland comes in at #4. The surprise (to me) is that Safeco up in Seattle arrives at merely #2. The winner, as well as #3, caught me completely by surprise. Like finding out that Fenway has great street tacos.

eBay Auction Of The Week: July 1983 edition of SPORT magazine, with CA Angels Reggie Jackson on the cover, calling for the ban of the DH. Remember, the author of that cover story is a card carrying member of that fraternity which awards all personal accolades in our favorite sport. You know, the one that keeps this guy defending his lawn.

MORE FUN STUFF AND THINGS TO DO AFTER THE JUMP...

LIVE MUSIC IN THE GARDEN

Buckle your seat belts kids because with 7 of the next 13 games being against the Rangers our playoffs, essentially, have to commence tonight. Tonight is Derek Holland's third start since coming off the DL. He is due for a blow-up. Weaver needs to make some national news tonight, to park himself back atop the thought leadership as the best pitcher in the AL. "National News". Just sayin'. Beyond tonight, however, our pitching is just a crapshoot. Which, all things considered, has to be a good thing no? Isn't that what they say about any short series?

Alcides Escobar: So I am listening to the Wednesday game on radio and come to a point where Terry Smith and Jose Mota start raving about the progress of Alcides Escobar, shortstop of the Kansas City Royals. Sure enough, his BA has jumped over 50 points above what it was in 2011. Mota goes on to describe how much time Kevin Seitzer - Royals Batting Coach - spent with Escobar in the off season teaching him how to go to the opposite field, and how that was the reason for Escobar's 2012 success. So I go over to Fangraphs and look it up. And don't we all just hate how facts blow up fairy tales. In 2011 Escobar sent 32% of his hits to the opposite field. So far in 2011 he has sent only 26% that way. His BA in that direction has risen only 41 points, whereas his Pull BA has risen 128 points. I feel like I just FJM'ed Jose Mota.

K-Rod: Frankie was put back into the closer role this week, proceeded to deal with two appearances in ways that have eluded our bullpen of late, and the Brewers immediately declared that he was not necessarily their closer. Some things will never change.

Nostradamus: Searching for fun stuff for all of you forces me to hang out and wander around a little further than otherwise, and Baseball Prospectus came up with a gem this week that held me spellbound. So, for this, I thank all of you! In a nutshell, a mystery correspondent sent telegrams to the 1930 St. Louis Cardinals over the last month of the season and correctly predicted almost - every - single - outcome.

Don't Bother: Also whilst in search of items of interest throughout the Intertubes - all for you! - I read DwightHowardWatch.com (formerly known as EastSPiN) so you don't have to. Just thought I would check in and report that, nope, still nothing of note to be found over there. BUT, for places you WANT TO GO CHECK OUT...

1) Collectibles: Game Used Bats (who really pays $3000 for a piece of wood carried around by Pujols?)

3) Recommended Reading: A Cheater's Guide To Baseball (With some especially fine stats proving that PEDS do improve hitting)

4) Food For Thought: Deadspin Exerpt from "Twilight Of The Elites" (An introduction to a treatise showing how we can see the failures of Bud Selig and Major League Baseball mirror our world at large. Fair warning: the publication itself can be seen as highly political for many readers.)

5) Audio Game Streams: FreeRadioBaseball.com (Stop your whining, and listen up! If it's out there, these guys find it for you legitimately.)

Derek Jeter, Unanimous HoFer? - the national dialogue begins. My guess is that Jeter gets 99% of the vote but according to MLB rules, like the Jeter strike zone, that will count for a clean 100% unanimous election..........Captain Popular - Mike Trout is way out front as the most popular player listed by Fangraphs..........Inning Watch, 2012! - The National Strasburg countdown continues, with the current shutdown target "around the first week of September"..........The Etiquette Of Booing - Who knew that there are rules? Brandon Phillips, apparently..........It's Your Lucky Day, Boys - Anna Benson is now available, just needs a home for her kids, and promises that she is completely devoted! But you better hurry, the line forms to the left!! Sorry girls - But Mikey's gotta girlfriend...Mikey's gotta girlfriend!!

The Orange County Fair is in full swing, and the Firkin A Beer Club will be doing home brewing demonstrations.(you have to scroll way down to find it)..........July Beer Appreciation Night is Friday @ 6:30PM at The Four Points Sheraton at LAX, and guess what?, they are doing a Texas BBQ!..........Saturday is Beer Tasting and Magic Show at The Federal Bar in North Hollywood. A little further north, in Thousand Oaks, there is the Rogue Brewing "Tap Takeover" at Draught''s Restaurant & Bar. Meanwhile, down south we have two events: BeerNerdz Golf Tournament, Food Pairing and Blind Beer Tasting Trolley Tour in San Diego, along with the San Diego Brew Festival. The for-charity Bone Brewfest is in Berkeley for you NorCals, along with the Summer Kraftbrew Beer Fest 2012 in San Jose. Sunday there is the 7th Annual Woodshop Tasting in Long Beach at the beachwood BBQ and Brewery, but it is sold out. I only offer this as a reminder should you have tickets. Other than all that, I got nothin'. 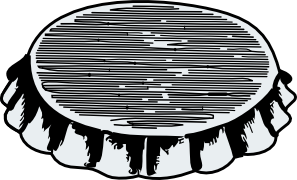