Dear Mike Trout, Is Nothing Sacred?

Share All sharing options for: Dear Mike Trout, Is Nothing Sacred?

The Angels Hall of Fame has fallen into disrepute with glorious busts of our team greats consigned to coexist with merchandise at the team store on the second level. I don't want to go all New Testament J.C. on throwing the vendors from the temple here, but really, is there any dignity for poor Rod Carew and Bobby Grich in being reduced to mere product mannequins for $14 foam Mike Trout Fish Heads? 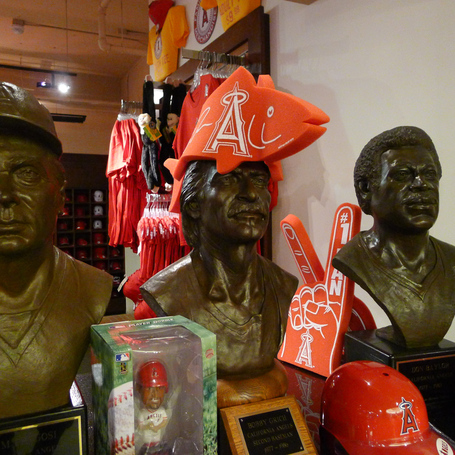 ABOVE: Angels Hall of Famer Bobby Grich treated like a mannequin... 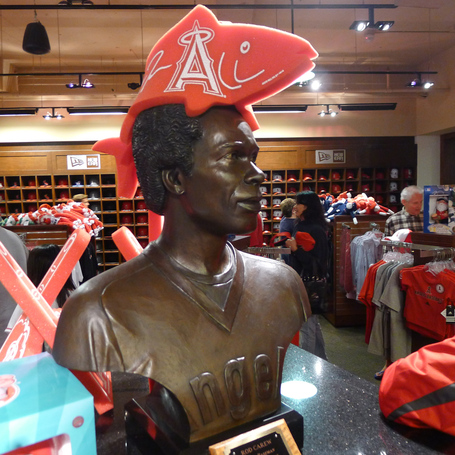 Has Rod Carew suffered such an indignity like this uncompensated product modelling gig?

What is next, Mark Trumbo foam biceps attached to the shoulders?

Of course there are those that would argue that these players of old are made relevant to the new generation by modelling the wares of the newest MLB superstar. And the point of view is certainly strengthened by the clutter of the merchandise scattered about the shelves or the very notion of putting Hall of Fame busts in a store instead of pristine curatorial space. Or maybe the old timer purists just need to pull the stick out of the behind and get with the times! Trout, baby!!!