The Angels 2013 schedule has been released!

This is not an April Fool's Joke: The Cincinnati Reds host us for an interleague Opening Day game on April 2. April also features our first-ever non-interleague games with new division rival the Houston Astros. In fact this is the first schedule I can recall in a long time where we play games with every division opponent in April. 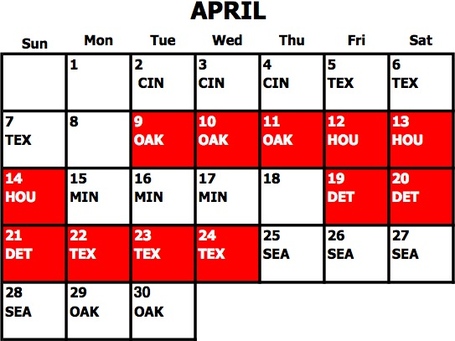 In May, 2013 the Angels have sixteen home games, with the added feature of playing two away games at Dodger Stadium before hosting the Dodgers for two in a four-game away/home interleague series. 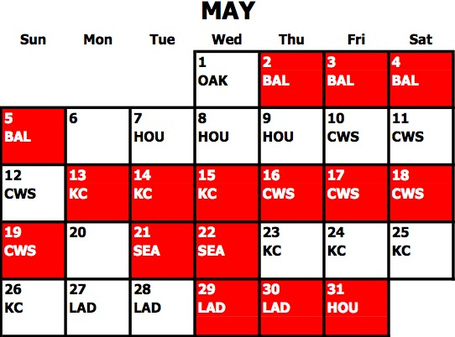 June sees the visiting Cubs and Yankees enriching season ticket scalpers as well as three interleague games against the Pirates... 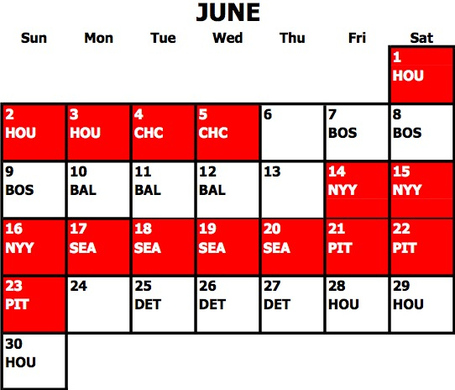 In July, the All-Star break is a week late and we have two road games at Wrigley Field and host the Cardinals interleague games including the 4th of July! 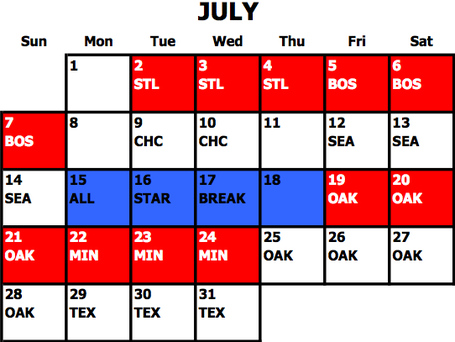 In August the four-game road trip to play the Yankees in the Bronx will be a hot and humid challenge and a road interleague series against the Brewers takes us back to Miller Park where we played the Indians in 2008 after they were snowed out. 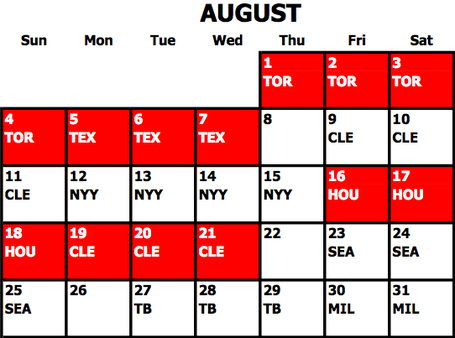 We play Tampa Bay and Toronto but you cannot argue finishing the season with the final sixteen games against division opponents as well as 20 of the final 23 game of the year against the West. 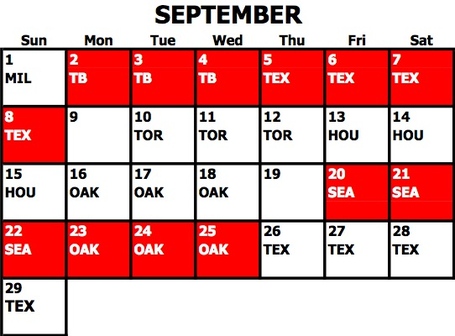 October is To Be Determined of course...