By now we have all come to grips with the BBWAA non-vote for HoF candidacy. Make no mistake, we have been engaged by the BBWAA in a culture war. It is one that we chose. As did they. It is one that they will eventually lose, through sheer attrition if nothing else. Thus our side will get to write the history books. And you know how those writings always dogpile on the faults and cowardice of the losers? Yeah, it will happen here, too. I am an old fart. I hope I remain living and cogent long enough to see that day myself.

I have a round-up of interesting links below but up here, in essay mode, how about some random thoughts off on a tangent? 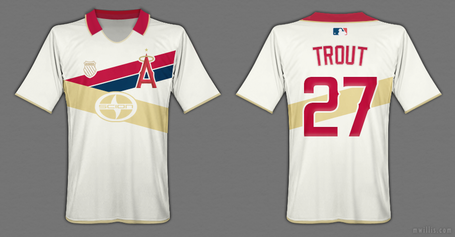 This Date In Baseball History: 1915 - Colonel Jacob Ruppert buys the New York Yankees. Ruppert will later build the new ballpark for the Yankees, the first baseball venue to be referred to as a "stadium"..........1968 - MLB grants ownership to the expansion KC Royals in order to stave off Congress revoking the MLB anti-trust exemption, after Chuck Finley absconds with the A's to Oakland..........1973 - MLB adopts Chuck Finley's idea of the Designated Hitter..........2000 - Carlton Fisk is elected to the HoF, along with Tony Perez..........2002 - After only season and a dramatic drop in home runs by the home team, the Baltimore Orioles pull the fences back in, blaming the batter's eye..........2010 - Mark McGwire publicly apologizes for his use of PEDs.

My Hall Of Fame Wrap Up. A Rambling Wreck:

"None Of The Above" wins, and that sorcerer Nate SIlver saw it all coming..........I got to wonder what the total list must look like of those being kept out of the Baseball HoF. Rather capricious, this list..........You think Aaron Sele was some writer tossing a vanity bone to an old pal (focus, focus, it's all about character and integrity), well, Grant Brisbee goes after even stranger votes.........."Goose" Gossage can be found all over the Internet blasting the Steroids era players, and wanting to pull up the drawbridge on them all. (Even more over the top here.) Well, it should come as no surprise that entering the HoF is worth millions to an inductee, and back in 2009 the Wall Street Journal used Gossage as their prime example of this windfall..........Deadspin puts forth an essay advocating killing the character clause altogether. There is some interesting perspective in there, such as the origin of that clause including the desire to justify keeping Shoeless Joe Jackson out of The Hall. Further, the Chairperson of the Hall, one Jane Forbes Clark, is the grand-daughter of the founder who instituted that rule. The Clark family has owned that county since the 1850's, and 'Lady' Jane still buys up the land to keep out the riff raff..........So I guess that we shouldn't worry too much that The Hall is now running in the red every year..........Jeff Sullivan over at Fangraphs wants to start all over and rebuild the whole idea of The Hall...........And here is a guy who, in the days BEFORE the results were announced, sees the opportunity for somebody like a Mark Cuban to jump in and redo the whole concept, pulling a Walt Disney on 'Lady' Jane's Coney Island..........Instead, Jayson Stark just lays it all out in a way that just makes sense. What those guys did, happened. And everybody let it happen. Get over it.

"And how did it happen? The sport let it happen. That's how.

It … all … happened. And no one in baseball has ever done anything, even after all these years, to make it un-happen, if you know what I mean."

And, let me close with this: It. Is. Still Happening.

Oh Merchandising Joy, MLB has decided to go with "interview caps"..........You probably already knew that Scott Kazmir is trying another comeback. Well, so now is Kelvim Escobar. I always liked Escobar, so I say good luck to him!.........Not that this should have any bearing on anything, but the fair citizens of Cooperstown are saddened by impact on tourism from the BBWAA throwing a shutout this year. Wait a second...a small town highly dependent on tourism when a monster arrives without welcome? The old grizzled guard versus the young gun loaded with science? Body counts all over the place? Somewhere in there is a most excellent joke about JAWS.

Yeah, so, not much special going in California related to Beer this weekend. So, instead, spend some time window shopping.