Wednesday Halolinks: Steroids In Miami, Do You Care?

The big story today is the developing PED patient records from a Miami steroid clinic. Is this something you care about?

Share All sharing options for: Wednesday Halolinks: Steroids In Miami, Do You Care?

I don't usually link to the big stories because I figure you can find them on your own. I try to bring a mix of relevant Angel news, plus some of the off-beat stuff I think is interesting or entertaining. And that's the key; interesting and entertaining. You may have noticed there hasn't been much linking to the Hall of Fame voting debates concerning who should get in and who shouldn't (and why). You can go to any website and see one of those stories at the top of their page. However, the main reason I've avoided this story is I don't think it's entertaining, nor all that interesting. It's sometimes funny to read a voter's lame excuse as to why he decided his vote should be a statement on the state of baseball, but other that, I don't care what some writer thinks about the HoF or PEDs or the state of baseball. Should you care? That's up to you. Should you care what I think? NO! Yet that's the difference between my opinion and some other's - I give my opinion to start conversations, while some MSM types give theirs because they think we SHOULD care what they think.

So anyway, now we have this Miami PED clinic story hitting the internet. I'm sure this would be a huge story any time of the year, but since there's nothing else of any significance going on, it's EVERYWHERE. Here's one story that may be somewhat interesting: Yankees want to void A-Rod’s $114 million contract - Yahoo! Sports. "They want to void Rodriguez's contract because he's not worth it anymore, and the likelihood of him ever being worth it again might be smaller than New York's potential legal case." One problem, he hasn't "legally" done anything wrong. A-Rod hasn't failed any drug tests, been found with any illegal substances, nor has he violated any clause within his contract. Good or bad, we and the Yankees are stuck with Alex Rodriguez.

Major League Baseball has released their version of the Top 100 prospects: 2013 Prospect Watch - MLB.com. And while the Angels don't have a player ranked higher than #67 (Kaleb Cowart), they do have a player in the Top 10...sort of. "As good as (Tyler) Skaggs was thought to be when the D-backs got him from the Angels in the 2010 Dan Haren trade, the southpaw has exceeded expectations." While the Angels have one of the lowest ranking farm systems in 2013, they were one of the best a few seasons ago. It would be one thing if their system didn't produce any talent, but that's not the case. Think back over the last couple of years and who was traded away in deals for Haren, Greinke, and Frieri. The problem hasn't been the Angels' minor league system is bad, it's just the opposite, they've produce enough talent to acquire the players they needed when they needed them. Had the major league club been weak, I'm pretty sure the farm system would be stacked from trading away big-league assets.

My typical routine in gathering links to be included in these posts consists of sorting through a couple hundred RSS fed stories. I'll open the ones that has potential to be "interesting and/or entertaining" in my browser and then whittle those down to the stories that get linked. Today there were 5 tabs open (rather than the 20-30 typically found), three of them were links to Alden Gonzalez posts on MLB, one was the prospect list linked above, and the other was this: Angels avoid arbitration with reliever Jepsen - Yahoo! Sports. "Kevin Jepsen have agreed to a one-year contract worth $1,181,000".

Interesting: Angels hire Omar Vizquel as infield instructor - angels.com. "Dipoto and Vizquel go back to their time together with the Indians in 1994 and even a stint of winter ball in Vizquel's native Venezuela. But the hiring, which was finalized Tuesday, was mainly the inspiration of roving hitting instructor Paul Sorrento -- who played alongside Vizquel for two years in Cleveland, resides in the same city (Seattle) and reached out to him recently about starting his coaching trek in the Angels' farm system. 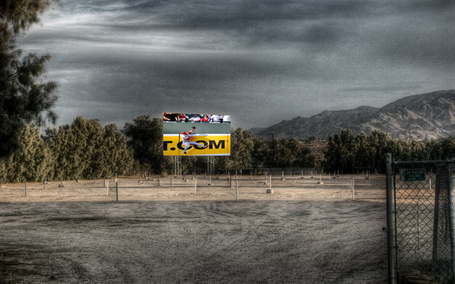