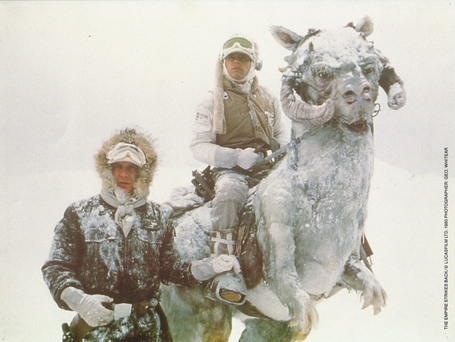 As some of you may already know, I moved from southern California to Hoth about 10 years ago. And every year since I relocated, I've hated this time of year. This should be the time of celebration and renewal for us baseball fans; reports from spring training, pictures of sun-drenched fields, and batting practice. I woke up this morning to a dusting of snow and an expected high of 13 degrees (the over-night low was -4), so when Halos Heaven's favorite spring-training photographer, Rex Fregosi, posts photos from Arizona, I get grumpy. Not because he's posted the photos, but because the planet I live on is in the dark from October to April. Oh well, here's your Halolinks:

I think I'm going to like this guy. Josh Hamilton is speaking his mind about his former team's town. However, Texas is a state, right?: Spring trash talk: Josh Hamilton says Dallas-Fort Worth not a ‘true baseball town’ - Yahoo! Sports. "Hamilton's comments stem from getting booed by Rangers fans at the end of his Texas tenure — that includes when he struck out twice and went 0-for-4 in the American League wild-card game in 2012, his last game with the Rangers. Does Hamilton have a point? Probably. Especially when the football team in question is the Dallas Cowboys, who, let's face it, would trump almost any baseball team." Of course they're going to respond: Rangers respond to Hamilton's comments - Fox Sports SW. "I'm not answering anything that Josh said," (Rangers' manager) Washington said. "That's Josh. Josh is an Anaheim Angel. That's Josh's opinion." Oh brother. "Anaheim" Angel? Sure, I like that name too, but come on. Should we call them the Arlington Rangers? 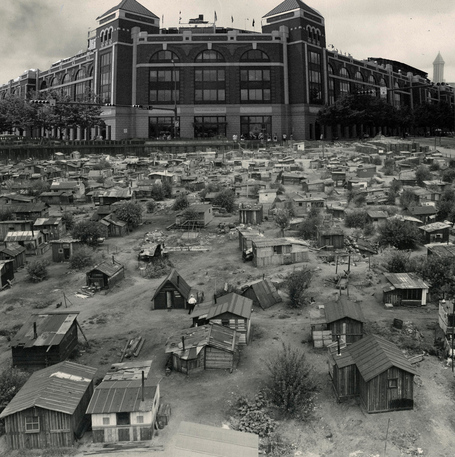 And then Hamilton tried to explain what he meant by his comment: Angels outfielder Josh Hamilton says Dallas-Fort Worth not a baseball town - angels.com. "I said there's true baseball fans and then there's others that's not. I said the ones that are true baseball fans won't boo when I come back, and the ones that are not, will. It's just like last year, when I got booed after going 2-for-4 in a game, driving in a couple runs, and I struck out the other two times. You understand the Yankees, Boston, Cubs, Phillies -- baseball towns. If they were doing that, that's one thing. But the Rangers ... " .... " And then here's Washington commenting about not commenting...again, "There were 3.5 million fans that came through the turnstiles," manager Ron Washington said. "That answers it right there, but I have no comment on Josh's comment."

Here's an interesting article about Randal Grichuk that includes some clarification on his being picked ahead of Mike Trout: Tracy Ringolsby: Randal Grichuk still has time to make impact like Trout - angels.com. "Bane said there was no debate in the Angels' Draft room about taking Trout in the first round. The debate was on whether to gamble on Grichuk slipping to the sandwich round, where the Angels had the 40th and 42nd pick overall. .... As for which order to take Trout and Grichuk, it came down to more a bargaining chip than talent. Craig Landis, the agent who was serving as Trout's adviser, was making "rumbles of wanting way-over-the-slot money," said Bane. "I felt, 'OK, we'll go the other way.'" It worked. Both signed for slot money. Grichuk received $1.24 million, and Trout, one pick later, $1.215 million."

Another spring-time injury: MRI on Burnett's back reveals no damage - angels.com. "While with the Nationals, the lefty reliever missed a little more than a week with lower-back stiffness in the middle of March, then four games in early April. The Angels said the tests were done as a precautionary measure and also to get a better read on Burnett's history with the condition."

Isn't strange how people see the same situation differently? Bourjos aims to recapture 2011 offensive form - Yahoo! Sports. "It's tough to look at anything offensively with Peter and say he did or didn't do this," manager Mike Scioscia said, "because once Mike Trout came and took off, Peter never got the consistent looks to contribute. The year before is more reflective of what his talent is, and hopefully he'll play at that level." Mike Scioscia see the situation as Mike Trout pushing Bourjos to the bench, while most everyone else sees it as Scioscia playing Vernon Wells a little too often.

Mark Trumbo is becoming my favorite Angel: Mark Trumbo prepares for another challenge with Angels - latimes.com. "Batting fifth behind Pujols and Hamilton, Trumbo will be in the heart of what should be one of baseball's most potent lineups. But for Trumbo to drive the ball and produce, he must adapt to his new role as he did in his utility job last season. "I'd still like to contribute a lot in the field, but I also understand we have a tremendous cast of characters who are proven quality defenders," Trumbo said. "If I'm a better fit in certain spots, I'm all for it. Obviously, my bat is the strongest part of my game." 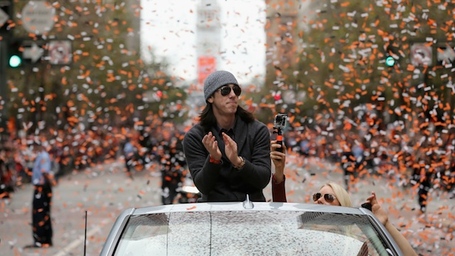 MLB's Joe Torre on expanded replay: No in 2013, yes in 2014 - chicagotribune.com. "Torre said the league is studying not only how widely to expand replay but how to implement the most effective technologies and how to challenge calls without unnecessarily delaying the game." Below is a picture of MLB's new, high-tech instant replay review center: 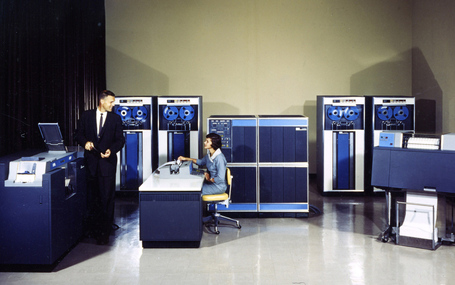 Seventy-Seven!?! Sandy Koufax comes to Dodgers camp - Yahoo! Sports. "Even at 77 years old, with the whitest hair and the plainest clothes — a white long sleeve sweatshirt and black sweatpants — Sandy Koufax couldn't have made a grander entrance. "