Wednesday Halolinks: Ryan Braun Has His Reasons, Mike Trout May Be Marketable

Ryan Braun's name was found on the Miami clinic's list, but he has a good excuse. Will Mike Trout become the big-dog in MLB marketing?

Share All sharing options for: Wednesday Halolinks: Ryan Braun Has His Reasons, Mike Trout May Be Marketable

Another day, another player defending himself from the PED patrol. Read on for today's contestant, and then stick around for the rest of our Halolinks:

Although his reasoning is sound, and I have no reason to doubt him, Ryan Braun has been brought into this Miami debacle by being included on "a list": Ryan Braun: 'Nothing to hide' in link to Miami clinic - MLB.com. "During the course of preparing for my successful appeal last year, my attorneys, who were previously familiar with Tony Bosch, used him as a consultant," Braun said. "More specifically, he answered questions about T/E [testosterone to epitestosterone] ratio and possibilities of tampering with samples. "There was a dispute over compensation for Bosch's work, which is why my lawyer and I are listed under 'moneys owed' and not on any other list. I have nothing to hide and have never had any other relationship with Bosch. I will fully cooperate with any inquiry into this matter." Makes sense, right? I believe him, but that doesn't change the fact the only reason he won his appeal last year was on a procedural technicality. What does this have to do with that? Nothing, and everything. The players names on the Miami clinic list, or Mitchell report, or some scumbag trainer's "just in case" scribblings must have decided the juice was worth the squeeze (so to speak), when they started to use the enhancements, but this is the price for being found out.

I thought this was funny. It had to be noted that Major League Baseball doesn't have subpoena power. Whew! MLB asks Florida paper for records in drug probe - Baseball- NBC Sports. "Miami New Times editor Chuck Strouse said Tuesday the paper had not yet decided how to respond. Strouse described the MLB move as a request and noted that the league does not have legal subpoena power." Now...about those search warrants.

Neat-o: The oldest baseball you have ever seen - Baseball Nation. "This ball was found and retrieved in 1862 in Shiloh, in southwestern Tennessee, on the grounds of one of the Civil War's bloodiest battles. The ball is inscribed: "Picked Up on the Battle Field at Shiloh by G.F. Hellum." Giles Hellum was an African-American who worked as an orderly for the Union Army at Shiloh. He later enlisted as a soldier in the 69th Colored Infantry." Here's the wrinkled relic: 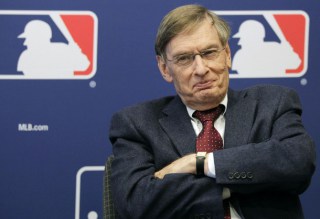 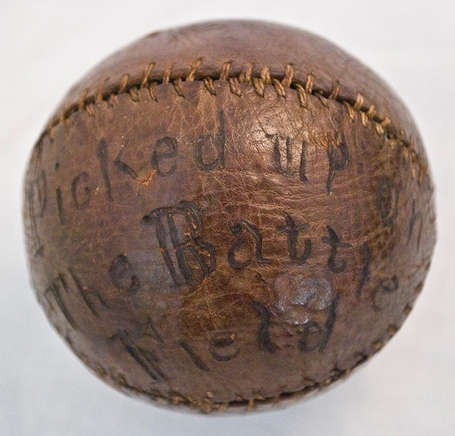 Twenty players will make more individually in 2013 than the entire Astros team combined - Yahoo! Sports. "The former Cy Young winner turned bullpen guy in San Francisco and the odd-man-out outfielder in an Angels uniform? Their checks are also fatter than all the Astros." Is there anyone on the Astros better then Vernon Wells?

This post points out that Derek Jeter is MLB's highest paid endorser at $9M a year. Compare that to the numbers below: Will Trout & Harper Kick-Start MLB Endorsement Deals? - FanGraphs Baseball. "After all, legal troubles off the court haven’t slowed down Kobe Bryant’s marketing train. The NBA star made more money in endorsements in 2012 than for playing basketball for the Los Angeles Lakers: $32 million in endorsement money, versus $27.8 million in salary. LeBron James has an even bigger spread: Last year, King James earned $40 million for ads and commercials, compared to $17.8 million for leading the Miami Heat to the NBA Championship." 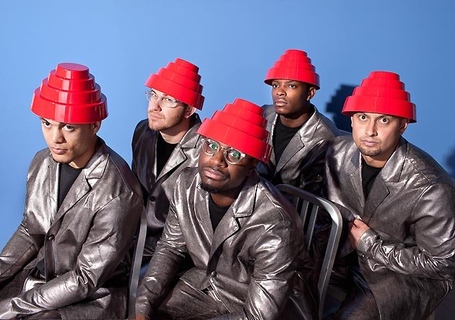 Yesterday's Halolinks had link to a story about "The Pride of the Yankees" and if any of the Gary Cooper parts were filmed in reverse, or backwards, to make Cooper a lefty. I re-visited the post and found this: GIS Research and Map Collection: New Resources in Ball State University Libraries' Atlas Collection 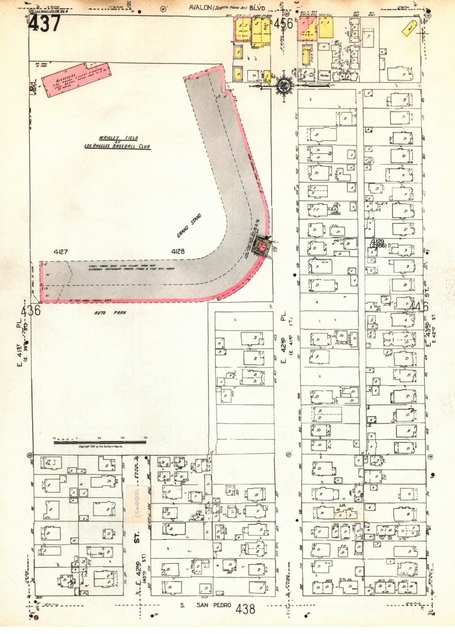 It's a map of the Angels' first home.

When asked if the Rangers' off-season was a success, Jon Daniels provided this list of names as eveidence of the team's improvement: Rangers GM speaks as spring training looms. "We were able to build off our core and extend a guy like Matt Harrison that fits and to find some of the unique right fits for us in (Lance) Berkman and (Jason) Frasor and (A.J.) Pierzynski and (Joakim) Soria and (Josh) Lindblom and some of these guys. I'm excited about that. I genuinely like our chances." Viva la Lindblom!