Ok, show of hands, how many around here are pretty much ready for Jerry Dipoto and Mike Scioscia to send down the minor league arms and get real with the pitching staff? Opening Day Night is a mere 9 days away, which is the day rosters get trimmed to 25. I'm done waiting. I want to see our expected staff going longer in their anticipated roles and know who is really ready for April. Too many names are still reporting fragility. Too many regulars are still reporting a lack of control of their repertoire. And too many no-names are still obscuring the real balance between offense and defense. All I know from Spring so far is that we have a lot of guys who can score a lot of runs, but not all of those guys will sniff the Opening Day roster. I'm not bored, I'm crazy-assed frustrated!

I do not get the feeling that this squad is ready for the regular season, and when I see you all next Friday, this Spring Training will effectively be over. It's time to clamp down.

** UPDATE: Mike Scioscia woke up and read WeekEnd HaloLinks today and agreed with the above, throwing out a realistic lineup against he KC Royals today.

On To Angels Baseball! 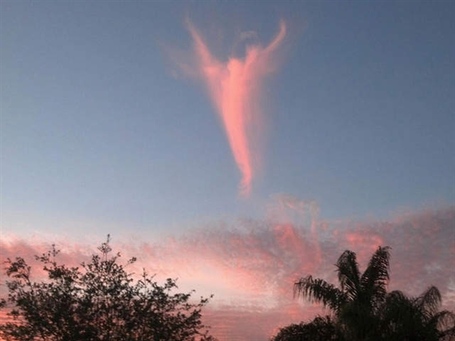 Under normal circumstances this would not be interesting enough to warrant attention as the weekly "Buy Stuff"item. It's a 1966 120mm negative of Bob Lee on the mound. It's less than 10 bucks and coming out of Canada for some strange reason. The remarkable thing about it is the scenario. Bob Lee was the closer that season. So this must be in the final few innings of a tight ballgame wherein the Halo probably have a lead. Look at the attendance. It's kind of hard to believe that the California Angels drew 1.4 million fans that year, leading the American League in attendance. But that, folks, is the kind of "crowds" I grew up on!

Anybody want to venture a guess as to what game this was?

This Date In Baseball History: 1962 - Roger Maris snubs snubs Rogers Hornsby prior to the initial meeting ever between the expansion New York Mets and the New York Yankees, a Spring Training exhibition, after Hornsby dismissed Maris in his recent autobiography..........1962 - Casey Stengel then pulls out all the stops as new skipper of the new Mets franchise, besting his old Yankee squad with a walk-off pinch-hit victory by Richie Ashburn..........1972 - The Yankees acquire Sparky Lyle from the Red Sox in exchange for somebody known as Danny Cater. Lyle will win the AL Cy Young Award in 1977 and help lead the Yankees to WS wins in 1977 and 1978...........1993 - Cleveland Indian pitchers Steve Olin and Tim Crews are killed, and Bob Ojeda is seriously injured, when their bass boat crashes into a brand-new (and previously unknown to the boaters) dock while going out for night fishing in the dark..........2002 - Ex California Angels product and 4 time All Star Dante Bichette announces his retirement. (Free trivia: Dante Bichette's son, Dante Bichette, Jr., appeared in the 2005 Little League World Series and is now a member of the New York Yankees franchise.)..........2005 - Barry Bonds, citing fatigue from the press, threatens retirement. He lies.

Rounding Up The Major League News...

This one features arguably one of the one or two greatest fast pitch softball pitchers in history, Ty Stofflet, going after three of the LA Dodgers right after the Dodgers had lost to the Yankees in the 1978 WS. I bring this to your attention because one man, living today in Huntington Beach, drilled a three run homer off of Stofflet in a National Championship game decades ago. Something that almost never, ever, happened. That man happened to drop by for beers this past weekend, and is the father of this guy (who happened to catch 3 Cy Young pitchers when he was with Houston.)

Friday: Capital Beer & Taproom in Sacramento hosts The 1st Annual Barleywine Fest, "dedicating 15 handles to Barleywine."..........The Ale Arsenal (gotta love their logo!) in San Carlos will be home to a Firestone Walker Tap Takeover..........Downtown Johnny Brown's in San Diego will be the site for their 6th Annual Bitter & Sour Night.

Angels Stadium Neighborhood Brew Tour: So anyone of legal age can obtain beer from a billion different places. Hell, you can get golden-colored bubble fluid out of bottles even at IHOP. But what if you really like your beer, and have a couple of hours to enjoy before/after a game? Where does one go? I'm sure that you have your favorites, and why, and I encourage you to share.

This week we tour the beaches of North OC. For those of you seeking some special selection after getting back from a Sunday afternoon game, wherein you might take pause to celebrate another Halo victory, we offer up these GPS opportunities:

(Again, as pulled from The Drinking Issue of OCWEEKLY)

As always, feel free to contribute below!