Our annual Spring Training Freeway Series is upon us, meaning that Opening Day is directly around the corner! I presume everybody's boredom is over by now, right?

Believe it or not, young-uns, this series used to be A Big Deal. Back before Interleague play. Back when everybody north of Buena Park thought that the Dodgers played the best baseball in Southern California. This weekend used to be a major event and fans of both sides would lament their turn of hosting only one of the three games. Nowadays, it is more like something to do as we wait to get things started. Hell, the Dodgers didn't even bother to show up. They were too busy in Rancho Cucamonga, losing to their own A-ball team.

But let's face it: as the Red Sox and their pink-hat brigade of 'fans' have returned to flopping helplessly on the deck, the Rangers have, as predicted, evolved into a formidable rival already. And the Dodgers have spent like drunken sailors in an effort to arm themselves into joining the Rangers as one of true rivals again - and for preeminence in our own neighborhood. Indeed, as may happen from time to time, our rivals have turned. From pink, to blue. And no amount of wannabe-October-Red coming out from that mid-western cow town of Arlington is going to change the fact that they remain blue. Very blue.

This is it, ladies and gentlemen. Next week we get it on! Time to set aside our Spring Training histrionics and settle in for the haul. Welcome to your Los Angeles Angels, featuring Mike Trout: Episode 2013...

On To Angels Baseball! 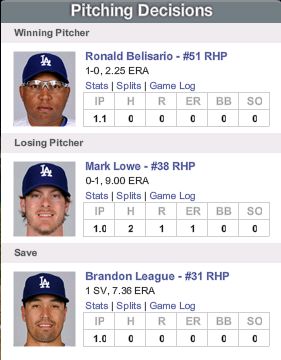 1972 TOPPS Jim Fregosi Baseball Card. So what, you ask? It's of a young Master Fregosi playing his accordion!

This Date In Baseball History: 1944 - The PCL Los Angeles Angels are involved in a car accident, and need to borrow players from the Oakland Oaks in order to play an exhibition game. LA (future PCL champs) win anyway, 6-2..........1973 - Charlie Finley gets his chance to use orange baseballs in a Spring Training game between the Oakland A's and Cleveland Indians.......2007 - Ria Corteso becomes the first woman to umpire a major league game since Pam Postema in 1989, working the match between the Chicago Cubs and the Arizona Diamondbacks..........2008 - To celebrate the 50th anniversary of their move to the West Coast, the Los Angeles Dodgers play the Boston Red Sox in an exhibition game at the LA Coliseum, setting a new all-time attendance record for an MLB game at 115,300..........2010 - Bud Selig announces that President Barack Obama will be throwing out the first pitch before the Philadelphia Phillies and Washington Nationals on Opening Day. Free trivia question: who was the first President to toss out a ceremonial first pitch of the season?

Rounding Up The Major League News...

Video Of The Week ("Lil Papi")

Count the days. Nolan Ryan has already joined a new club. The 70/30 club. 70% chance he goes, 30% chance he stays. Which merely adds up to "grumpy old man"..........Tim McCarver retiring after 2013. Baby steps…people…baby steps............Some fun reactions to McCarver's (annointed, wonderfully, Poet Of The Obvious by Deadspin) announcement here and here..........Minor League Baseball introduces the video gaming experience wherein the game controller is...a urinal! What? No sword play? No first-person shooter? No Mario Water Sport?..........We can put a man on the Moon. We can drive robots around Mars. But we still can't make a safety cap that MLB pitchers won't whine about............For those of you just rejoining us, here is a quick recap of new things to look forward to in MLB this season.

Sunday: Easter At The Bistro, a Beer & Food brunch event, including an easter egg hunt for your little ones, will be sponsored by Stone Brewing Company in Escondido.

Angels Stadium Neighborhood Brew Tour: So anyone of legal age can obtain beer from a billion different places. Hell, you can get golden-colored bubble fluid out of bottles even at IHOP. But what if you really like your beer, and have a couple of hours to enjoy before/after a game? Where does one go? I'm sure that you have your favorites, and why, and I encourage you to share.

This week we meander around the well-established suburbs of West OC. These are lesser-traveled neighborhoods for most visitors to Orange County, but there is a reason these parts of the county were established first: the weather is absolutely premiere! So, for those of you adventure seeker looking for a special reward before or after a game, wherein you might take pause to celebrate another Halo victory, we offer up these GPS opportunities:

(Again, as pulled from The Drinking Issue of OCWEEKLY)

As always, feel free to contribute below!