Looking at all MLB teams, we're among a handful of teams that don't sport the franchise city name on road uniforms. I think the last time the Angels' jerseys had a city name on it was back in 2002 and 2003 when it said ANAHEIM. It's been 8 years since the change from Anaheim to Los Angeles of Anaheim (I can do without the "of Anaheim" already, ugh). As someone who grew up in Los Angeles County and someone who now lives in the center of Los Angeles, I am very happy and appreciative of the fact that the Angels are called Los Angeles and that the MSM outside SoCal refers to the Angels as Los Angeles. I would definitely be very supportive if Arte ever decided that it was time for the Angels to wear the LA name on their road jerseys.

How would you guys feel about it?

Here's an image of the throwback "Los Angeles" jersey the Angels wore during the 50th anniversary celebration and what the team wore in the early years: 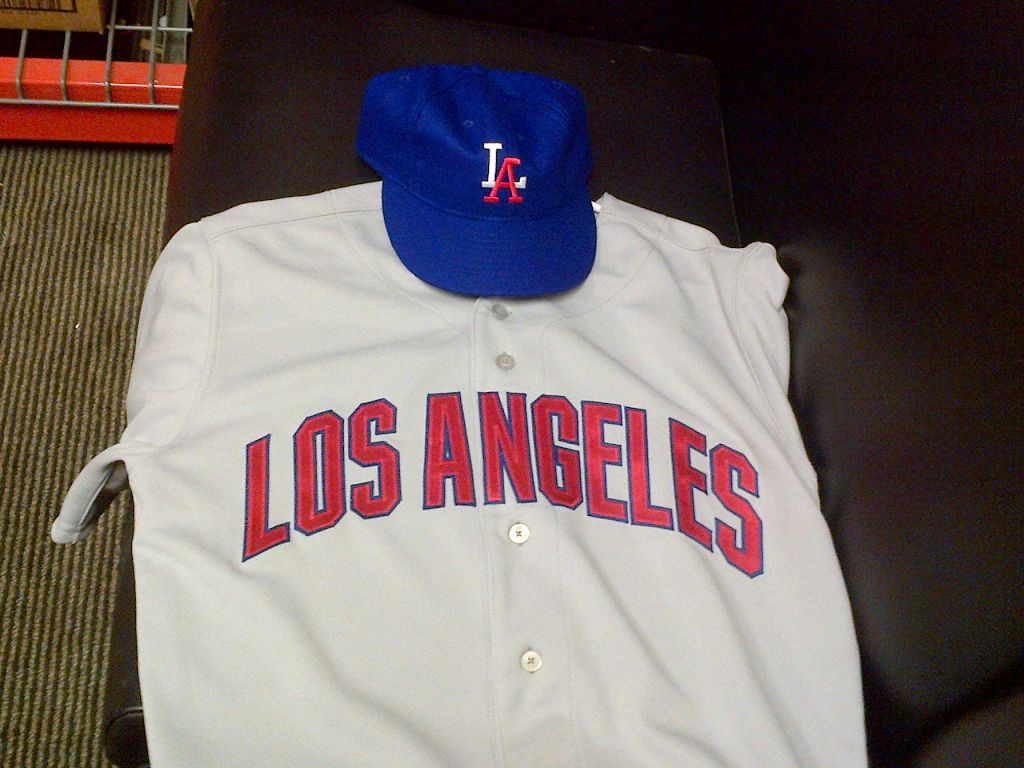 Would you like it if the Angels had "Los Angeles" on their road jerseys?