The Angels have their home opener tonight as they face the Oakland A's, yet the mood may be broken if Weaver is hurt.

"If only..." are two of the saddest words you will ever hear. "If only he had gotten a hit" or "If only that ball had landed fair." "If only..." gives the feeling of regret or a missed opportunity, and often of how things could be better had the choices been different. Yet, those two words can also lead to the possible opportunity of the future, "If only we were home." 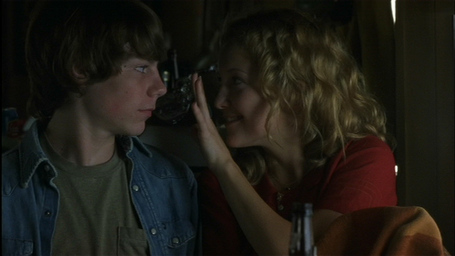 After opening the 2013 season in a National league stadium, and then traveling to the unfriendly confines of Texas, the Angels finally come home to Anaheim to play their first home series.

Remember how fun watcing the Halo offense was supposed to be this year? Yeah, well we're waiting: Athletics-Angels Preview - Yahoo! Sports. "The Angels scored more than four runs in just one of their six games, going 5 for 45 with runners in scoring position." If only they had been able to get a few more hits with runners in scoring position, that 2-4 record would a bit different. And if that's not bad enough, "What's more, ace Jered Weaver left Sunday's loss early with a strained elbow, painfully jamming his non-throwing arm while dodging a line drive." Here are some numbers that rally don't show much: A's vs. Angels stat pack - CSN Bay Area

Another year goes by, and I can't help but think, if only he hadn't gotten into that car. Lyle Spencer: Reflecting on the character, talent of Nick Adenhart four years after his death - angels.com. "April 8, 2009, was the last full day of Nick Adenhart's life. He was 22, just getting started with the Angels. The career of one of baseball's brightest young talents ended a few hours after he'd pitched six shutout innings, illuminating all of his promise, against the Athletics in front of his home fans at Angel Stadium." 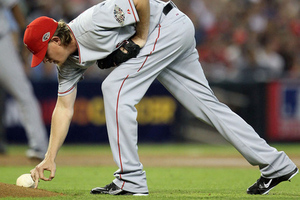 "The only true currency in this bankrupt world is what we share with someone else when we’re uncool."

Jered Weaver and the Giant Red Flag - FanGraphs Baseball. "Last night, Jered Weaver’s fastball sat at 85 MPH, the slowest average velocity he’s had during the PITCHF/x era. In fact, since the start of 2008, Weaver has only had an average fastball velocity below 86.0 mph three times; his final start of 2012 and his first two starts of 2013. In those three starts, here is Weaver’s total line: 12 IP, 11 H, 8 BB, 7 K, 2 HR. In those starts, he’s posted a 6.00 ERA/6.25 FIP, and simply hasn’t looked like the Jered Weaver of old. Or, even the Jered Weaver of late last summer." Velocity isn't the only thing a pitcher has to be successful, however a decrease can be a symptom that there's something wrong. Weaver's velocity over the last 3 seasons: 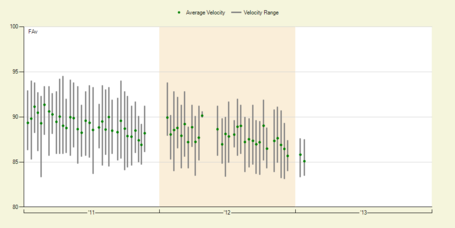 "Grandpa, tell us about those 'newspaper' things again." Great Moments in sub-headlines: runs = "points" edition - HardballTalk. "This is from a few days ago, but Deadspin just found and posted about it and it's too good not to share. Ladies and gentlemen: the Los Angeles Times:" Ever wonder why newspapers are dying?

Dear large-market newspaper, Please familiarize yourself with the language of baseball.Please. twitter.com/daveraymond4/s…

The Rangers beat the Rays last night with the game ending with a questionable strike call. Rays' manager Joe Maddon tweeted about it:

That can't happen in a major league game.

That was awful, but maybe the umpires were just trying to make up for this:

Explain a Strike - FanGraphs Baseball
And of those watching, fewer still were paying close attention, so few noticed Fernando Rodney‘s first pitch to Mark Reynolds leading off the ninth inning. The pitch was a fastball for a called strike, and you can see the pitch embedded below:

Prospect Watch: Angels making strides to beef up system - angels.com. "The graduation of talented prospects to the Majors (see: Mike Trout), in addition to several win-now deals, the loss of early-round picks tied to free-agent compensation, a couple Draft gambles that didn't pan out and a two-year absence in Latin America has caused the Halos' system to take several steps back. But an increase in scouts, a safer drafting strategy and the upcoming relocation of their academy in the Dominican Republic could help them replenish."

I'm kinda getting tired of the phrase "social media" Major League Baseball: The Social Media Rundown [INFOGRAPHIC]. "If you hate the Yankees, prepare to be disgusted. The Bronx Bombers — possibly by virtue of playing in New York, possibly by virtue of being a huge global brand — have a major leg up in social media popularity. Here's one example: they have a whopping 29 times as many Facebook fans as the nearby Washington Nationals."