If you haven't already heard, use this as your spoiler alert...the Angels beat the Cubs on Albert Pujols' 8th inning home run.

First off, let me apologize for spoiling anyone's fun by posting the photo from Sunday night's "Game of Thrones" episode. I figured if you hadn't heard what had happened by Tuesday, you probably didn't care. Heck, I live in Smalltown, Wisconsin where the coolest guy in town drives a Chevy Van with a warlock painted on the side, and we heard about the Red Wedding. Sorry if I screwed up your GoT experience.

Second, to be fair to everyone, here are some spoilers I didn't let out o the bag yesterday:

Titanic: The frickin' ship hits a goddam ice berg! I'm like, "Holy fuck, where'd that come from!"
Crying Game: The chick's a dude. I'm like, "Holy fuck, where'd that come from!"
Game 6, 2002 World Series: Angels comeback and win it. Speizio cranks one down the right field line, Glaus puts them ahead. Yeah, I know, hard to believe, but the Halos at one time knew how to win when it counts.
World War II: Japan attacks Pearl Harbor! We still kick their ass (eventually)!
The Sixth Sense: He's dead. 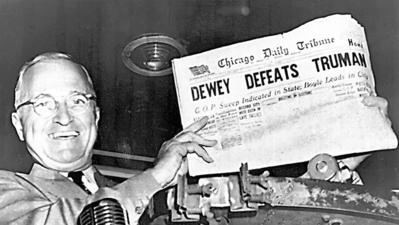 The Bible: He dies.