Wednesday Halolinks: Angels to have home field during World Series due to A.L. All-Star win

Thanks to those New Yorkers and their fabulous All-Star game, the Angels will get home field advantage after the American leaguers best their Nation league foes by the score of 3-0. Huzzah!

Share All sharing options for: Wednesday Halolinks: Angels to have home field during World Series due to A.L. All-Star win

I'm so depressed. I missed The Game. I missed Tim McCarver, Mariano Rivera, Prince Fielder, Mike Trout (Mike Trout!), and all of the Fox in-game promotions. So now, after the Angels make the play-offs and are in the World Series, I'm going to feel guilty that I didn't see the reason there are four games scheduled in Anaheim. :'-( . Anyway, here's are a couple of links...we'll just call this Halolinks Lite: 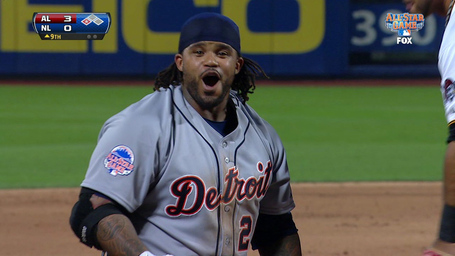