Alrighty now. You people are getting your butts kicked this week. After taking so many torchings from y'all this offseason, it feels gooooood! But let me start offering up some clues:

TWO FAN FAVES (One old school and one modern)

The remaining Spunky Role Player was known for having incredibly soft hands.

The remaining Fan Fave was a very good player we fans lost in a trade that did not work well for us, and who ended up winning two World Series, one in Los Angeles.

How many Halos can you track down in this one? 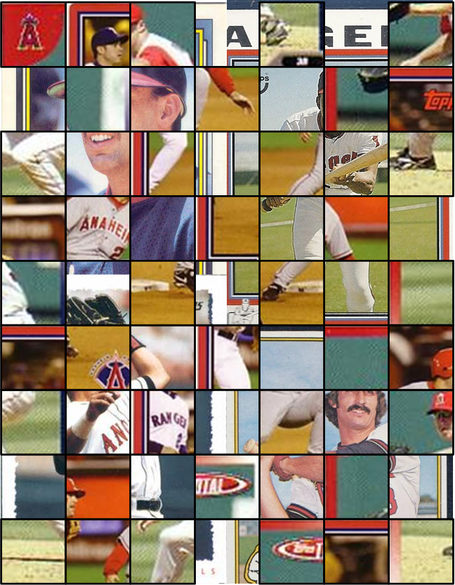