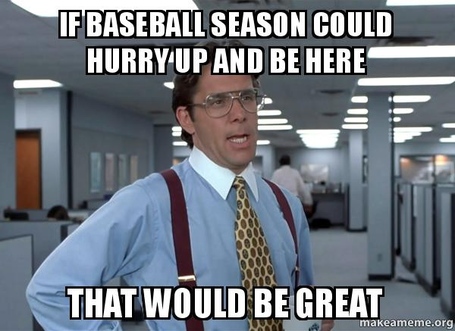 On To Angels Baseball...

This one comes to us via eyespy, who spied out a sweet package for any new Halo dads out there.

This Date In Baseball History: 1970 - Bowie Kuhn returns the All-Star selection process for starting position players back to fan voting..........1977 - Rangers Manager Frank Lucchesi benches Lenny Randle. Randle responds by jumping Lucchesi, fracturing Lucchesi's cheekbone..........1985 - Sports Illustrated publishes the George Plimpton story Sidd Finch, 168mph throwing prospect, for their April 1 edition. And people buy it. Not just the edition, but the whole story...........2003 - MLB trims back the "God Bless America" epic ongoing throughout baseball since 9/11, by limiting the 7th-inning tribute to home openers, Sunday games, and holiday games..........2003 - Cablevision pulls out of a deal with YES network just 3 days prior to Opening Day, in a battle over contract terms modified in the hand-written notes previously agreed upon.........2008 - Nationals Manager Manny Acta chooses to receive the Official First Pitch from President Obama, instead of the traditional starting catcher, because that catcher - Paul Lo Duca - had recently been identified in The Mitchell Report. Lo Duca should have signed with the Red Sox...

Earnshaw Cook makes for a rather interesting episode. By now, we have had real scientists engaging in the analysis of baseball using real statistical methodologies. I should point out that my statement last week about George Lindsey being the inflection point where baseball and real science finally meet is slightly over-extended. There certainly were other data scientists who had also conducted studies, and even earlier than Lindsey, but their published works were lost to extreme obscurity. Lindsey took the first serious step of impact. Earnshaw Cook would follow Lindsey and blow things up. Completely.

Cook begins in our story as a Princeton graduate and metallurgy engineer who would consult on the Manhattan Project. He thereby came to the realm of baseball with decent math cred, although there is some evidence that he was an elitist asshat. It is rumored that Cook got his start trying to argue the relative ineffectiveness of the sacrifice bunt with a fellow academician. But, clearly a Ty Cobb fan of some sort, Cook began his major studies and conclusions in an effort to prove Cobb the most complete hitter in history. Unsurprisingly, this Cook did. In his retirement zeal, Cook ended up with quite a bit of information and opinion, working on a baseball stats book of his own. Now at this moment in time we need to make a special request of Miss Serendipity. Cook was doing some math tutoring on the side. A good friend of his student was the little brother of a newly-minted writer for an important sports magazine, who needed an article idea. Thus, in 1964, did Frank DeFord end up composing an astonishing feature article in Sports Illustrated, which ended up being titled "Baseball Is Played All Wrong". Provactive? Yes, indeedy.

Cook’s information was chock-full of notions that have long since been proven to be absurd (even blasted at the time by the likes of Lindsey himself), but some of his statements do hold true still today. (All of his ideas, right and wrong,are far too much for here. But I do recommend Google for further reading on Cook’s research. At a minimum, you can read the complete excerpt re Cook, from Schwarz, here.) Today’s sabremetricians don’t take Cook’s math too seriously and it is also acknowledged that Cook’s writing and presentation style seemed hell-bent to turn off the lay audience as well. But the significance of the arrival of Cook via Sports Illustrated cannot be over-stated. Long before the internet, when even major national newspapers were predominantly read only regionally, publications such as SI were important information sharing tools throughout all sports. So, through SI, Cook and his ideas and the very notion of math slammed deep into baseball – into dugouts and front offices and editor’s desks everywhere. Right or wrong, Cook forced players and coaches and managers and analysts and owners to think. All across America.

Cook published his data as "Percentage Baseball", still available today. You probably have heard of it. DeFord himself wrote a follow-up 8 years later and Cook’s perspective was still dominant. Earnshaw had opened a door. Sure, he opened it with a sledgehammer and did as much damage as he was an enabler, but he opened the door sufficiently to prevent it from ever being closed again. Baseball was now going to begin the process of infusing math into the sport, and enabling the idea of more rigorous analysis towards cause and effect. Cook passed away in 1987, but his slide rule remains in the permanent collection of the Baseball Hall of Fame.

Rex Hudler, getting out-Hudlered..........If this is true, it really would be ridiculous. And a sign that Arte is losing his battle for hearts and minds...........Bryce Harper is already in mid-season form..........MLB changed the rules to curb walk-up music abuse. We shoulda known that the most vocal drama queen complainers would be one of the Red Sox........Just for fun, here at the tail end of ST baseball is returning to Montreal...........We really don't need to watch the Angels squash the Rangers back into irrelevance in order to make the Texas fans suffer. They are hell-bent on doing themselves in regardless.

Friday: All weekend long, should you be near Eureka, you might indulge in the Redwood Coast Jazz Festival..........At The Abbey, on Fifth Ave in San Diego, seek out Bankers Hill Art & Craft Beer Festival beer & food event.

BEER BONUS: This idea could go a long, long way...Meanwhile, where did this one go?

BEER BONUS #2: This is a woman who has her priorities very, very straight!