MondoLinks: A recap of baseball happenings over this past weekend...and...this week's One Big Idea: Honoring our fallen hero, Jim Fregosi.

Pages may be turning, after all. Say what you will about the talent level in Houston, Garrett Richards and then Tyler Skaggs knifed their way through that butter much better than did Jered Weaver. On Friday, Richards went 5 innings and struck out 7, giving up 1 earned run as the Halos trounced the Astros 11 to 1. Saturday was Skaggs' intro, and he merely went 8 full innings, giving up 1 run, unearned, on only 4 hits against 5 strikeouts. The Angels won gain, 5 - 1. That brought up the top of our rotation in Weaver, who lasted 5.2 innings and took the hit for 5 earned runs, bumping his ERA to and even 6.00 and the Angels were burned by the exhaust, 4 - 7.

Reviewing Weaver's performance we find that 57% of his 100 pitches were sinkers and fastballs, none of which reached 90 mph. Basically, his velocity was just under 87 mph. If you take a close look on the strikezone plot on that link, your will find that Weave got the amazing advantage of 9 pitches waaaay out of the zone called for strikes. It's one thing to exchange velocity for control. It's quite another to exchange that velocity for the hope that one will continue to have such control over the plate umpiring. Weaver has gone 12 total innings in 2 outings, yielded 11 hits and 8 earned runs and 4 home runs with 3 walks. His fastest speed this season is 90.1, on a sinker in Game 1. (By the way, why does Brooks Baseball still insist on calling our team the "Anaheim Angels"??)

Elsewhere throughout baseball, both the Angels and the Diamondbacks are winning the early returns on their offseason swap. As Skaggs' entree was brilliant, Mark Trumbo has now homered in four consecutive games, tying their franchise record. that puts him at 5 so far, leading the Majors. Good for him!

As Villa Park's Trumbo is excelling this season, so too is Anaheim's Chris Tillman. I might be tempted to hit up my auto dealer when Baltimore comes to town, as he is close personal friends with the Orioles' ace.

Dodger fans are now beating up themselves....as their train wreck plunges ever onward.

The Fregosi Shame of Moreno-Carpino

James Louis Fregosi was the first Superstar player for the first expansion franchise in Major League Baseball, the Los Angeles Angels. As laid out forcefully by Matt Welch, Fregosi was arguably the finest shortstop in Major League baseball in the 1960's - a standard that warrants a little reconsideration for his rightful place in the history of baseball. As Gene Autry's self-proclaimed "adopted son", Jim Fregosi was a six time All Star, all for The Cowboy's favorite franchise. He was also an 8-time vote getter for AL MVP, his pinnacle coming in 1967 when he finished 7th, the year of his only Gold Glove.

After 11 productive seasons with the Angels, Fregosi went on to play in 7 more Major League seasons, in both Leagues, before returning to the Angels as Manager. He managed 3 1/2 seasons in Anaheim, and in 1979 he led the Halos to their very first playoff appearance in history in only his second season as an MLB Skipper. He would be runner-up in the AP balloting for A.L. Manager Of The Year. He would go on to Manage through 11 more seasons for 3 other franchises (CWS, PHI & TOR), leading the Philadelphia Phillies to the 1993 World Series.

The Los Angeles Angels are not big on retiring jersey numbers. Only three players who actually recorded playing times in regular season games have received that honor. And Jim Fregosi is one of those (Ryan and Carew being the others).

Our franchise's first pro baseball valentine, James Louis Fregosi passed away this most recent Valentine's Day, February 14, 2014. At his passing MLB, the Blue Jays, the Phillies, the White Sox and the Angels are shared equally in memorializing his respective contributions. But the Angels need to not stop there. They are honor bound to elevate our memory of Fregosi, his role as an Angel, and his role in establishing the Angels franchise as a true competitor within the sport of Major League Baseball.

It is my opinion that the Angels should have opened the regular season, beginning on Game 1, with a memorial patch honoring their very first Superstar player, and fan favorite. It didn't need a ceremony, nor any special marketing tie-ins. It could have just simply been done. The world would notice our silent attribution just as strongly, if not more so, than the nightly glimpse within the Train montage that goes zooming by while many of us are still grabbing our first beers and dogs before taking our seats.

And it should last all season. All 162 regular season games and any post-season games. Fregosi is ours. He is far more important to our franchise and our story and our legacy than whatever Moreno and Carpino are preparing to do when Derek Jeter comes to town.

Six Games of Shame to date, and counting. Only 156 chances remain. Fix this, Arte. Now. 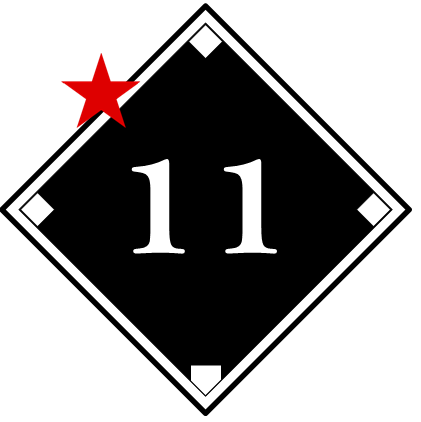