Winning creates team chemistry (not the other way around), meaning the Angels have it.

Yesterday I wrote that I felt the Angels have "it" this season without defining what "it" is. To me, "it" is the feeling that things are going to go well, a sense of optimism that doesn't fade even when the team loses.  It's possible that "it" is chemistry, but then I'm on record as writing chemistry is a myth created by winning -- the more you win, the more good chemistry your club develops.  Is "it" something like "mo-jo"?  I suppose that's pretty close to what I'm describing, however mo-jo is just as hard to define as "it" is.  Let's just say the Angels are having a pretty good season so far, and are fun to watch...that should be definition enough.

Here are some fun-facts to show the mo-jo chemistry "it" is creating:

And this date in history (May 20th) 1968 - Jim Fregosi became the first Angel player to hit for the cycle at Anaheim Stadium in a 5-4 win over the Boston Red Sox…Fregosi finished the game 4-for-5 with a walk and two RBI, collecting a home run in the first inning, a triple in the third inning, a double in the eighth inning and an RBI single in the 11th inning for the game-winner…He is the only player in Angels’ history to hit for the cycle twice (also, July 28, 1964).  And yet the organization still acts like he didn't exist.  This is shameful, and is probably the only thing taking away from a completely enjoyable season. 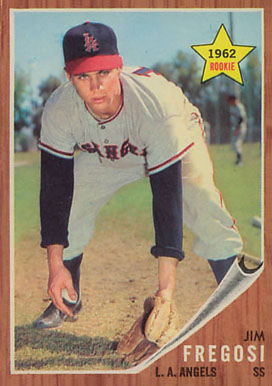