The Angels pitchers destroyed the Detroit offense, which was as prolific as our own pre ASG. But our lumber still slumbers. Starting a road trip in Baltimore tomorrow, if I had to show a bias it would be to wake up over there on the east coast.

Share All sharing options for: MondoLinks: Weekend roundup of Angels versus Tigers, MLB

Tough weekend. Tough opponent. Tough time to face a tough opponent, with the offense still stalled coming out of the All Star break. What was going to be needed was some very strong pitching, led by pre-season long-shots Garrett Richards, Tyler Skaggs, Matt Shoemaker and Hector Santiago as the starting rotation of this series and backed up be the infamous LAA bullpen. Yeah, right.

Well, guess what? The offense remained stalled. And all those pre-season pitching question marks? Well, the bullpen has long proven itself to be among baseball's best once again, but the starters roared back at these Detroit Tigers and strangled them, taking the series 3 games to 1.

The Tigers took game 1 on Thursday, winning 6 to 4 off Richards, predominantly due to 3 runs off Richards in the 6th inning, followed by a run on the 7th and 8th off the bullpen. The Tigers would score only 2 more runs in the subsequent 28 consecutive innings.

Skaggs battled Drew Smyly in a tight Friday night game that finally saw the Angels break through in the 6th inning with RBI hits from Kole Calhoun and Efren Navarro. The only blemish on Skaggs' night was a 4th inning solo home run by Miguel Cabrera, and the Angels held on to win 2-1.

Shoemaker took the mound on Saturday to face off against the once mighty, yet still dangerous, Justin Verlander. And Shoemaker smoked him. While the Angels collected 4 runs on 8 hits, Shoemaker sliced through the Tigers' offense and held them scoreless on only 3 hits. And the result was a sparkling 4-0 Angels victory over Detroit.

On Sunday the Tigers rolled out Rick Porcello, and Mike Scioscia countered with Santiago. And Santiago took the day. As tough as Porcello was, holding the Angels offense to 2 runs scrapped out of 7 hits, Santiago surrendered only 1 run on 3 hits in 5 1/3 innings of work. And with a bullpen string of Morin, Smith and Street, that was enough, as that trio then shut the Tigers down for no hits, no walks, no runs. Joe Smith would pick up the Win and Joba Chamberlain would get tagged with the loss, as David Freese blasted a solo home run in the 8th inning to grant the Angles a 2-1 lead, and Huston Street gloriously shut down Austin Jackson on a fly ball, Ian Kinsler on a groundout, and finally Cabrera on an embarrassing 3 pitch strikeout. The Angels had a 2-1 win. The weekend was theirs. 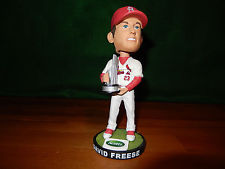 Elsewhere in the Heavens of Anaheim: Efren Navarro gets his first homer as a pro, off Justin Verlander no less, and is humorously welcomed upon his return to the dugout...........Jerry Dipoto appears to be done shopping for now, and not looking for another starter. Or, perhaps more accurately, no longer looking for another starter. If reports are true, neither the Rays nor the Padres wanted whatever Dipoto had for a prospect package for David Price or Ian Kennedy............Hector Santiago had a very nice game yesterday, but it still didn't end well. He got himself an accidental diss from Goose Gossage...........We might have missed this from last week. Shock and Awe for The Diamond Club membership.

Around Baseball: MLB has published a new Minor League Prospects list, post-2014 amateur draft.  Looking it over and doing some math, it looks to me that the Cubs have the strongest deck by far down through the Top 100. Following them, in order, would be the Twins, Pirates, Red Sox, Astros, Dodgers/Rockies (tied), Mariners, Marlins and Mets. (This was done by assigning a value of 100 for the top pick, down through 0 for the 100th pick, then totaling them up for each team.) Out of the 28 teams with players in the Top 100, the Angels come in 27th, just ahead of Oakland. Thank you, Sean Newcomb...........By the way, in the dialog surrounding the Huston Street trade, one that might not evaporate entirely from the pages of HH for years, Jose Rondon and Taylor Lindsey have arrived on the Padres Top Prospect list at numbers 10 and 12, respectively. The Padres rank 12th in my tally...........There was a Hall of Fame induction ceremony yesterday. I can remember when these used to be a big deal. Now the voting, and non-voting, is the big deal. So over the weekend, the HoF worked to change the rules behind the voting. Can you guess why?..................Oh Rockies,how embarrassing. And he plays shortstop, for heaven's sake!!!............"Look, you stupid bastard, you've got no arms left!"..."Yes I have."..."Look!"..."It's only a flesh wound.".............Over in Houston-land, .politics? In baseball? Nah!

Our patches are HERE 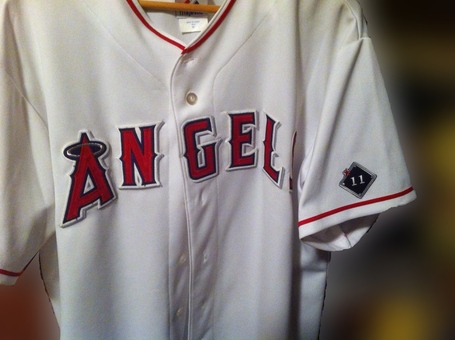 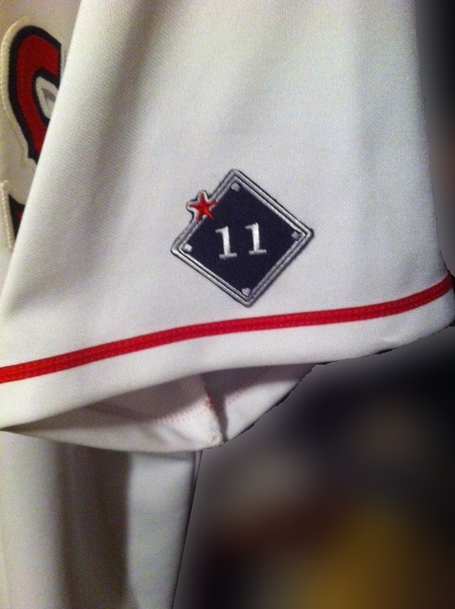 So, to get these out into the hands of those interested in brandishing them, what are the thoughts about an SASE? People here in OC should be able to do in-person hand offs. Use my profile email to advise me. For those of you who have already signed up, I will be reaching out to you in the next 24 hours.