The second-best team in baseball so far has only one player going to the All Star game. But if they keep playing the way they have been playing lately, their chance to shut the spokesholes from representatives elsewhere will arrive by the bucket load come October. And Garrett Richards took the first, loudest, step in that direction.

The Angels are still storming through teams visiting The Big A, having just completed a 4-game sweep of the Astros, making that 10 home wins in a row, 16 of their last 17, and 23 of their last 27. They are now 30 and 14 at home, and getting better at their home winning percentage month over month. Their winning percentage was .538 in April, .571 in May, .600 in June, and .833 so early in July.  There are 3 games left in this final homestand before the All Star break, which starts one week from today.

The Toronto Blue Jays come to town for these three games, and the wheel have pretty much fallen off that early Blue Jay Monster Truck. They have merely 9 wins over the most recent 28 games, having just been swept up in Oakland for 4 losses straight.

Friday night, 4th of July proper, C.J. Wilson had yet another single inning meltdown, blowing chunks in the 4th inning and 3-1 lead into a 6-3 deficit. Wilson didn't last but 1 out in that 5th inning. The bullpen stpped in a gave up only 1 hit over the balance of the game as the Halos scratched back, earning a 6-6 tie by the 7th on a key Howie Kendrick double. Enter the bottom of the 9th, and 2014 All-Star Center Fielder and prohibitive AL MVP Mike Trout steps into the batter's box. With the count no balls, two strikes, Houston pitcher Tony Sipp refuses to pay attention to all the stats buzz blazing through the Internet, and decides to pitch Trout a low slider. Foolish move these days. Trout hammers the ball over the fence and the Angels celebrate the fireworks of a 6-5 walk off victory.

Saturday night. Rinse. Repeat. Hector Santiago gets another start, goes 5 innings, blows up in the 3rd and gives up 5 runs. The Angels bullpen comes in and goes 4 innings, giving up 2 hits and no runs. And the Angels step up to bat in the 7th inning and promptly rip off 8 runs, winning in a runaway 11 to 5.

Now 3 wins out of 3, with the 4th game left to be played, and we get to Sunday. Garrett Richards is the starter. Garrett Richards is a monster. Richards, we should note, was NOT selected to the 2014 All-Star team, but remains a fan vote-in candidate. after devastating the Astros with 11 strikeouts across 7 1/3 innings, giving up but 6 hits and a single run, decision-makers might be worrying about being second-guessed in the coming weeks as Richards continues to climb the leaderboards  in many important statistical categories. Richards made it easy on the offense, which ripped off 6 runs anyway, seeing a Kole Calhoun homer and base-running pressure in late innings to extend the lead and seal the win, 6-1, closing off the 4-game sweep.

Speaking of All-Stars, you might already know that the Oakland A's, with the best record in all of baseball, are sending 6 players to the game. Meanwhile, the Angels, with THE SEOND BEST RECORD IN ALL OF BASEBALL, and a mere 3 1/2 games behind the A's, are sending only 1. The Obvious One. It's kind of a rule, they have to take somebody from every team. Keep up the fine work, all you Arte "billboard" Moreno marketing geniuses.

That would be the same marketing geniuses who want to invoke the spirit of this man: 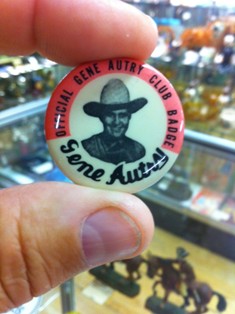 by bringing to the attention of kids everywhere, this thing: 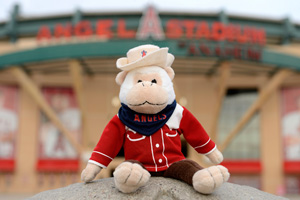 In other LA Angels happenings, Zach Borenstein and Joey Krehbeil were traded away to our designated swap partner, the Arizona Diamondbacks, and in return we collected something called a Joe Thatcher and another something called a Tony Campana. Campana is an outfielder, something we must desperately need. Thatcher is a pitcher. I know this because I saw him throw one pitch on Sunday. And it was a strike. He threw it to Jason Castro. And Castro smacked it right back up the middle for a base hit. Then this Thatcher thing was tasked with walking to the Angels dugout and taking a seat.

Elsewhere around Major League Baseball.............The Oakland A's dumped their depth for Jeff Samardzija and Jason Hammel. A google search using +"billy beane" +"all in" yields almost 42,000 hits, so we have a theme. Samardzija is a beast, but it's Hammel that is locked up for years. Whistling in the dark might not be the best approach here...........But, egos being what they are, Justin Verlander seems to think that all the Oakland blockbuster was all about the Tigers. Detroit is 5-2 against the A's this season. The only AL team with a winning record against the Beanesters to date................Mike Trout has decided to sit out the Home run Derby.  The Derby Curse may be real, so why take the chance when the reward is, well, pretty much zero. So, yeah, MSM, if you want to see our Mike Trout clock home runs during the All Star Break, you better do a better job of getting your viewers and readers to vote in more of our players the event. Otherwise, pound sand. We''ll see you all in October...........While Boston Red Sox manager John Farrell took his Jon Lester over our Garrett Richards, it is worth noting that he left 2014 All-Star Asshat David Ortiz at home............Jose Bautista is on to something here. When the final arbitrators are nowhere near the actual field of play, how is anyone to know whether or not there is true accountability?..............John Lackey has something to say about PEDs. His timing sucks, and he says nothing, but he speaks volumes..............Here is one man's opinion of AL All Star Snubs this year.............Here is why wearing a ballcap does not make one an unofficial expert on athletics.

Carpino and Moreno should just bulldoze our Franchise Hall of Fame and make room for some hipster Shocktop beer venue.

(Frank Cashen now has a patch, by the way. Right there alongside Ralph Kiner's patch. Patches fro being a GM and a broadcaster.)

(Allow me to digress for a moment and take you over to the Fangraphs celebration of this home run. And scroll down to the very first commnet, from "Casper". Awesome.)

Talking about that homer in the drive back from the game Sunday afternoon, I wondered aloud to my sons where that ball would have landed had it been hit at home. So, using the ESPN Home Run Tracker and overlaying the plot on top of an image of the stadium, we can get close. It's not precise, because the ESPN tool gives us the point of impact at field level, and we all know that the batter's eye is elevated and with a slope. In reality, it would have fallen a few feet short of the mark below. Not bad. Not bad at all. 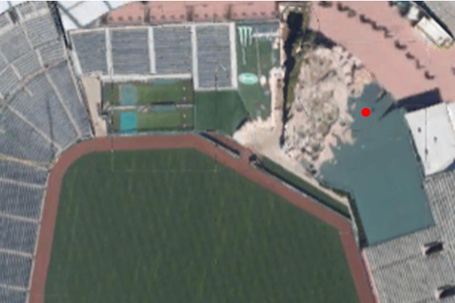