WeekEnd HaloLinks: LA Angels at Twins with only 4 weekends left!

Freese thawed his mega-slump, Trout made it through a game without a strikeout, Santiago got squeezed into losing his lead, and Scioscia pulled all the right moves in the 9th to scrape out a winning run and bump the AL West lead to 5 games.

Share All sharing options for: WeekEnd HaloLinks: LA Angels at Twins with only 4 weekends left!

Last night, for all the angst, is one of those games that ends up in the win column and, I suspect, will be of some value when we get to the final week or two of the season. So I'll take it. Sacrifice fly gives Halos the edge on Twins.  Give Alden Gonzalez his due for nailing the tightrope walked last night. "It's manager Mike Scioscia sticking with struggling third baseman David Freese and being rewarded with a leadoff double in the ninth inning of a tied game. It's John McDonald getting down a bunt despite a two-strike count. It's Chris Iannetta keeping it simple and elevating a fastball. It's Tony Campana, the September callup, coming off the bench and beating a laser throw home to score on a sacrifice fly. It's closer Huston Street putting on the first two batters, then having the composure to mow through the middle of the Twins' order to help the Angels capture a 5-4 victory on Thursday at Target Field."

Sure, it's easy to pick this one, but my most favoritist play in the whole game is Campana racing home with the winning score. I love speed. Speed kills! And Campana executed that responsibility brilliantly. Perfect timing, perfect delivery of his speed, perfect slide, and Twins catcher Kurt Suzuki was left standing there with the ball in his mitt and nothing to do with it.

And, hey, let's take a moment to recognize Scioscia and his handling of that 9th inning. His substitutions show why he has his job and we have ours. Look closely at the box. After Freese doubled he went to Campana as his speed burner, which paid off. But Campana was not going to play infield and Cron was put in to replace Campana after Campana scored. Cron plays 1st base, not 3rd, so we needed to take out the existing 1B, Navarro, and Sosh used the at-bat following Freese to insert McDonald to pinch hit for Navarro. Navarro is a lefty and Twins pitcher Glen Perkins is a lefty and we can go all righty-lefty whatever, but the play was a bunt anyway so who cares? Well, McDonald is the dude who can play the empty 3B. McDonald bunted Campana over to third successfully, and Iannetta then comes in to hit the sac fly as a pinch-hitter for Conger, Iannetta taking over behind the plate, of course. Then, Huston Street comes on for Joe Smith and closes out the game. All the building blocks fit together perfectly.

Friday Featured Factoid: Matt Shoemaker ERA Trend.  This is an interactive chart, so run your cursor over it and have some fun.

This Date In Baseball History: 1914 - Babe Ruth, 19 years old and playing for the AAA Providence Grays, pitches a 9-0 shutout. But, most importantly, he hits the very first home run of his professional career, and the only one as a Minor Leaguer...........1918 - Now with the Red Sox, Babe Ruth pitches the Sox to a 1-0, 6 hit, victory over the Chicago Cubs in the opening game of the World Series...........1954 - Joe Bauman, playing in Class C for the Roswell Rockets, hits his 72nd home run of the season. Bauman will play his entire career, but his 72 home runs will remain as the single season pro record until Barry Bonds hits 73 in 2001...........1960 - Diomedes Olivo comes in as relief pitcher for the Pirates, and pitches 2 innings of shutout baseball. In so doing, at the age of 41, Olivo becomes the oldest rookie in National League history...........1971 - 21-year-old J.B. Richard debuts as a rookie for the Astros, and pitches a complete game 5-3 victory over the Giants, striking out 15............1989 - Rookie Deion Sanders homers for the Yankees. Five days from now, as an NFL rookie, Sanders will return the very first punt he touches 8 yards for a TD for the Atlanta Falcons against the Los Angeles Rams............1995 - Cal Ripken ties Lou Gehrig's career mark for most consecutive games at 2,130...playing against the California Angels...............2010 - Bill "Spaceman" Lee becomes the oldest pitcher to earn a win when, at the age of 63, he pitches Brockton Rox to a 7-3 win over the Worcester Tornadoes in a Can-Am League contest. (Lee will best his own record 2 years later, at 65).............2010 - The Twins defeat the Rangers 6-5, based in large part to the final out being recorded by the Rangers third base coach when he is called for interference for making contact with base-runner Michael Young. Young had rounded 3rd base and, celebrating too soon, slapped hands with Dave Anderson before returning to the bag.

(15 miles north east of Comerica Park in Detroit is Selfridge National Guard Base. Last weekend they hosted an Open House, featuring the Blue Angels.  The Blue Angels fly F/A-18 Hornets, and will fly anywhere from 120-700 mph during their show.  That means that the Hornets can get from Selfridge to Comerica in anywhere from 1 minute and 7 seconds to 7 1/2 minutes. Therefore, as they were performing, their routes could have them doing low-level fly-bys over Comerica every couple of minutes or so. And such a thing does have consequences.)

Five weeks remaining before The Walking Dead, Season 5, Episode 1. To prepare yourself, you need to own your own LA Angels Zombie Bobblehead figure!

Did I miss the memo? Did Derek Jeter die or something? I wonder if Carpino is going to have the Angels wear a Derek Jeter patch for the rest of the season, too. By the way, I'm not the only one who finds this to be odd...........Trout. Fishing...........As always, The Worst of The Best Wildest Swings of the Month is super fun stuff............I say, why not spend your money to have a custom printed jersey that displays snark? The alternative, wearing some other dude's name as your identity, is a pretty odd thing to do when you think about it. (The story would be even more fun if the fan that the writer - Matt Snyder - is mocking would turn out to be a retired NFL linebacker, or a former active Marine having served in Iraq, or works 60 hour work weeks as a baker battling cancer or something).........Folks, seriously, never under-estimate the dangers of your own bathroom. A coworker recently lost 3 front teeth, and it turns out that this is how we all lost Bob Welch............Leave it to the Brewers to launch Get-Your-Own-Beer service...........Interesting. A direct correlation between the increasing strikeout rates and the use of PitchF/X to monitor umpires. The rule book strike zone rewards pitchers...........Lyle Spencer, unchanging as ever.  Peter Bourjos is, by the way, has an OPS+ of only 84...........Lyle Spencer, stupidly, and gloriously, ignorant as ever. "Analytics crowd" doesn't hate bunting and playing for winning run late in a game. That's when you do it! But thanks for playing the straw man card and reminding us all why fans we are better off producing our own content...........Here is one guy doing his part to upgrade the stadium tech experience!...........Dodger Dog eating days of summer. By the foot long.

First off, apologies to all for missing the BaconFest in San Diego last weekend. I have been told that the microbrew list was impressive.  And, fair warning to all. Prepare thyselves. Oktoberfests commence next weekend!!

Saturday: California Beer Festival hits San Dimas! (I have two VIP media eTickets if anyone is interested. I was hoping to get them earlier to put up a quiz context, but I didn't get them until Thursday evening. Any takers? Email me.).............Tiburon Taps Beer Festival is also taking place in Tiburon............And Sacramento is the locale for Zpizza Tap Room Grand Opening.............The Huntington Beach Food, Art & Music Festival continues............The LA County Fair continues, as well. 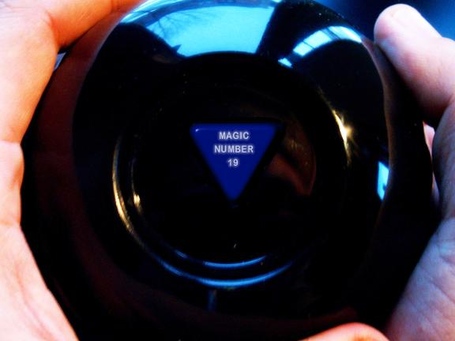