Of all the wonderful memories of the late Don Baylor, the 1979 season was the year he turned the Angels into winners for the first time. And he was MVP.

Late summer days in OC in 1979 were like Halos heaven for a 15-year-old Angel fan like me. We were actually winning! Finally! After years of futility, the Halos were on the verge of the American League playoffs for the first time in franchise history.

Riding my bike like fury to the Big A was a mission -- because something different was happening for us.

My 15-year-old baseball card-obsessed brain knew this was big stuff, and the biggest reason behind this surge was the big man "wearing No. 25 for your California Angels ... Don Baylor!"

So Sunday morning was bitter-sweet. The news yesterday was that Don Baylor had passed away at the far-too-soon age of 68 at his home in Texas. The cause of death was multiple myeloma, a rare cancer which Baylor fought with typical stoicism and dignity, and has no known causes or cures.

The Big A became a solemn place on Sunday night as two broken-hearted baseball teams paid their final respects to Baylor, who had broken into the majors in 1970 with the Baltimore Orioles, and had his best season as the Angels' breakout slugger and American League MVP in '79.

Before the first pitch, the Angels and O's stood along the baselines in solidarity and respect, caps over hearts and heads bowed, for a minute of silence that left few dry eyes in the house. Mine included. 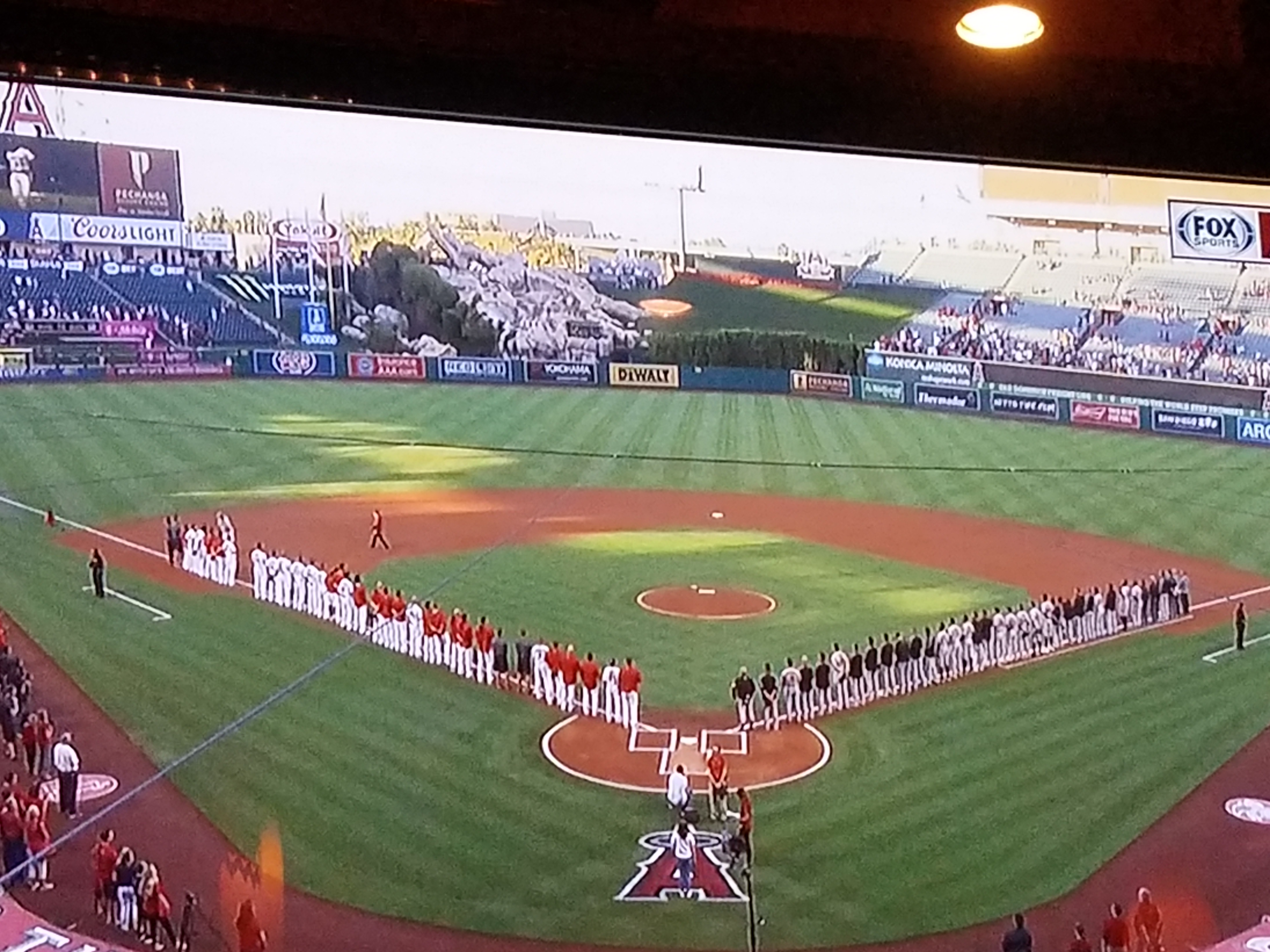 A tweet from the Angels' front office had woken me on Sunday with the sad news as the baseball world reacted to the loss of a great player and gentleman.

Condolences and prayers came from all around baseball, and most touchingly from the Halosphere.

Jim Abbott tweeted he wore the No. 25 because of Baylor, praising the man's "toughness, kindness and class." Vladimir Guerrero tweeted that Baylor was "a great man full of integrity and compassion, thank you for guiding me." 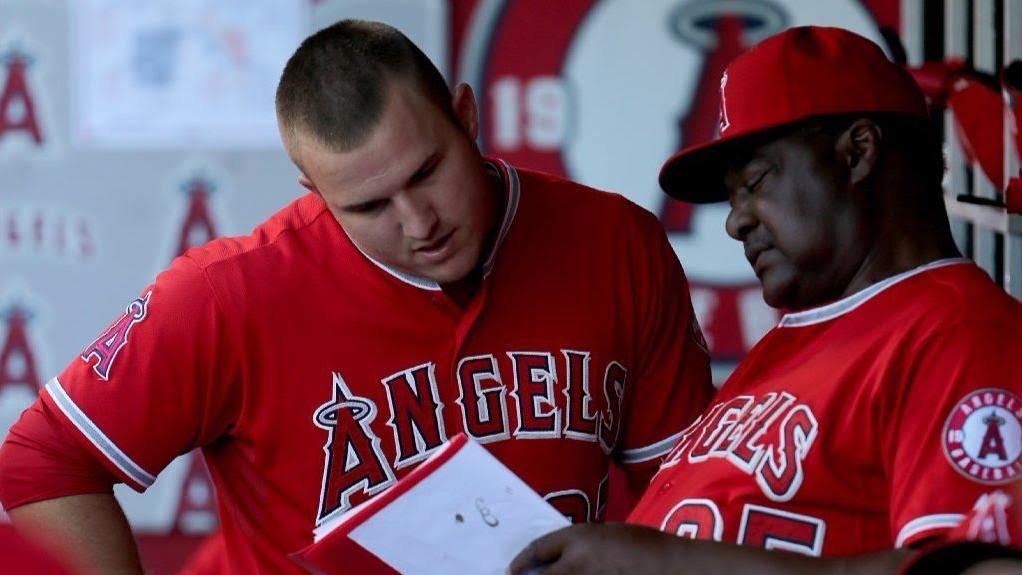 Mike Trout, in pursuit of his 1000th hit Sunday, told the Los Angeles Times that Baylor "was a great guy. I learned a lot from him. It's just sad. He brought a lot of joy to the clubhouse." Albert Pujols said simply: "Great human being."

Like most, I switched into reminiscence mode. For the happy times.

That brings us back to the summer of 1979, which concluded with the Angels' first Most Valuable Player award for Baylor. Rocker Bryan Adams couldn't have written it better, if he was old enough: "Back in the summer of '79!"

Baylor's 1979 season was, and still is an Angels' benchmark for the ages. At age 30, long before "thundersticks" were heard in the Big A, or the Red Dawn of Mike Trout, big Don Baylor wielded his hickory thunder stick like few others have in a season.

He launched home runs with a vengeance which one would expect of a man of his power-lifter build. He was designated hitter some times that year, but most games, Baylor patrolled left or right field.

But he also ran the bases like a demon, going from first to home when he damn well felt like it. Those visual memories were in color, and if you have time look for some videos of Baylor running the bases.

But let's look at some statistics which stand out in black and white, and will satisfy nerds and purists alike:

-- Don Baylor played all 162 games for the Angels that season, shouldering them to their first playoff appearance. He did not take a single day off for "rest." Baylor could not have played for Mike Scioscia's 2017 Angels. Groove played for spit and vinegar managers like Jim Fregosi and Gene Mauch.

-- He smashed 36 dingers and 33 doubles and if he wasn't rounding the bases or on second, he found time to steal 22 bases.

But the stat that jumps off any page is Baylor's RBI total from 1979.

139 rib-eye steaks, and that's some feasting. It is still a club record, that not even Mike Trout has been able to approach. Tim Salmon got within 10.

Leadoff man Rod Carew set the table for Groove, who delivered on cue.

I remember listening on a 1979 Radio Shack transistor, and hearing then play-by-play man Al Wisk saying: "Gone! A three-run homer for Don Baylor. That's another three RUNS BAYLORED IN!"

Baylor was the physical and emotional leader of a pack of Angels legends that put it all together that year, managed by legendary former shortstop Fregosi. They won 88 games for their first AL West title (winning!) and score a bunch of runs -- 866, which was a lot for those days, 139 of which were "Baylored in."

The 1979 season wasn't just about Baylor himself, of course. The fans chanted "Yes We Can!" en masse.

Pitching-wise, the Halos had legend Nolan Ryan whiffing 223 fools, and guys like Dave Frost, Jim Barr and Don Aase picking up most of the other starts while flamethrower Frank Tanana nursed injuries. 1979 was a different time.

Fregosi was at the helm of the Angels' first excellent team. But sadly, it wasn't to be for the late Fregosi, or the owner, the Cowboy Gene Autry.

After clinching the AL West, which had seven teams in those days, the Angels faced -- guess who? -- the Orioles in the AL Championship Series. Our heroes dropped that 5-game series in four, only beating Baltimore 4-3 in front of 43,199 at the Big A in Game 3.

It was a huge disappointment, but Baylor helped bring the Angels back to the playoffs again in 1982. I graduated from high school that year, the Angels lost to the Brew Crew in the playoffs and Baylor moved on as a player until 1988, and later as manager of the Rockies and Cubs.

His last assignment in pro baseball was as Angels hitting coach in 2014. Trout gladly accepted all he could learn.

Other writers have chronicled Baylor's passing by remembering his cool nicknames. "Groove" was a classic near-blaxploitation '70s handle. He was also known as "The Sneak Thief."

And of course Baylor was known for his immunity to a pitched baseball in the ribs or other body parts. Baylor crowded the plate relentlessly and got hit by 267 pitches, which was a major-league record until MLB Hall of Famer Craig Biggio got plunked more often wearing more body armor than a Game of Thrones character.

Baylor's mantra was to "never show them it hurt" and he got drilled by eight Hall of Fame pitchers, one of them former teammate Ryan. He just "rubbed some dirt on it." and took his base.

Don Baylor is in the Angels' Hall of Fame and always will be, like other Angels who should be Cooperstown Hall of Famers but whose plaques reside only in the club's museum on Orangewood Avenue.

Baylor has left us too soon, but let's leave with this memory. Bobby Grich getting pitched inside, and charging hapless Roger Erickson on the mound, Bryce Harper-style.

But guess who you see in the mix, having his teammates' backs?

Don Baylor. Being there. Not here anymore. 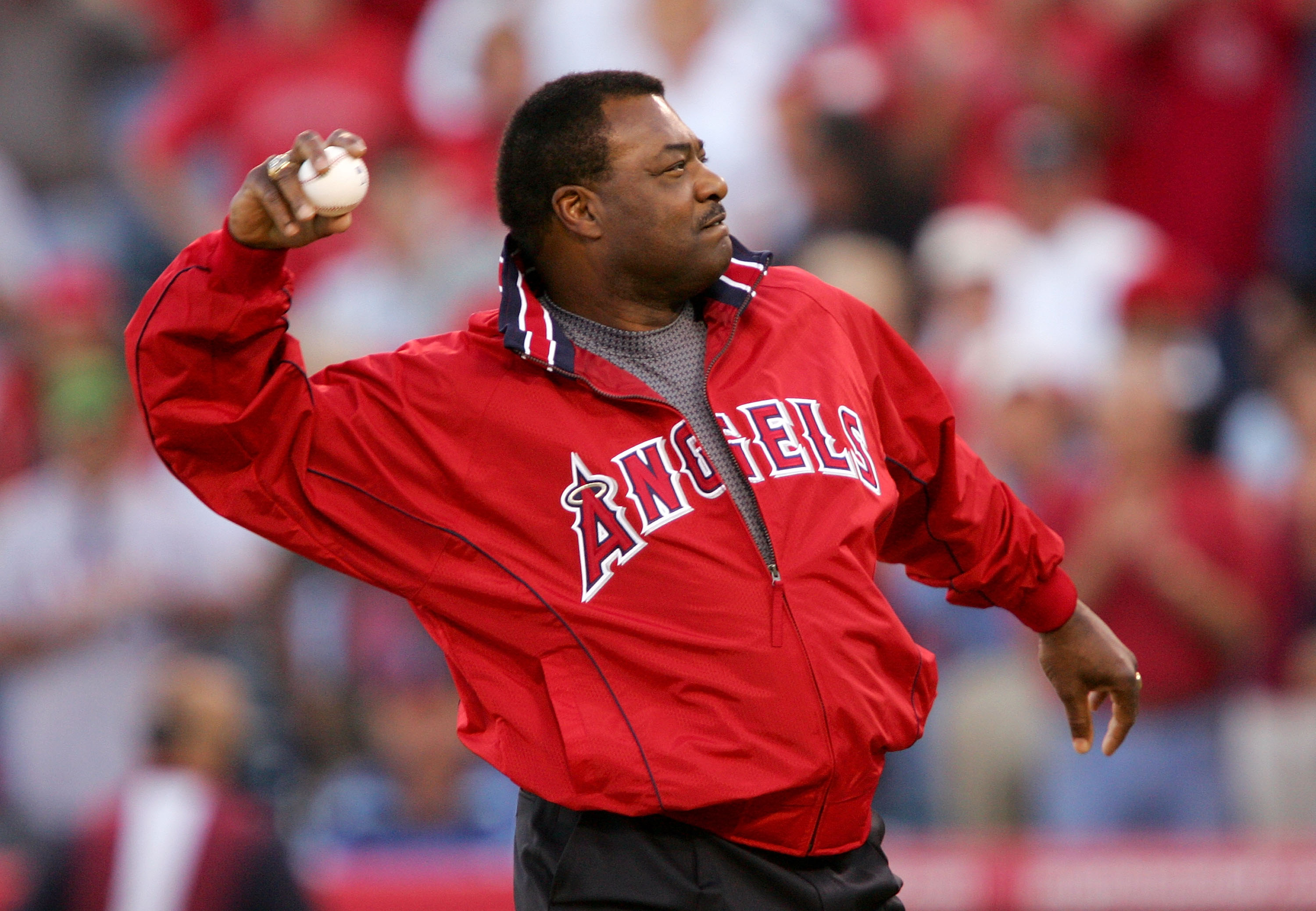