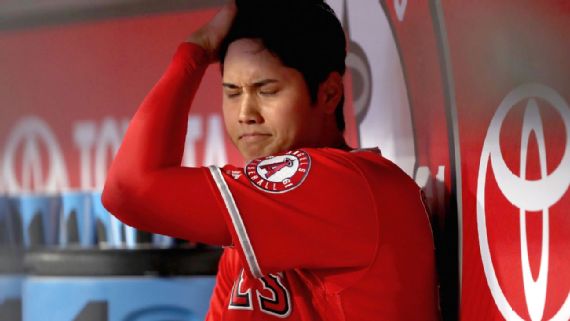 It’s always wise to get a second medical opinion. A Rays’ orthopedic surgeon says Shohei The Batter can go ahead smash baseballs long distances, and soon.

OK, Angels fans. Things may have looked bleak yesterday in Halo-land with the news that Shohei Ohtani has a right arm that may fall off (or need Tommy John surgery).

Today should look brighter to you if you listen to Dr. Koco Eaton, who has been a sports medicine specialist for the Tampa Bay Rays’ organization for 21 years.

Eaton is a man who has had the unfortunate task of performing "at least a thousand" Tommy John surgeries for Rays players – as well as other athletes at all levels.

"Tommy John surgery is pretty much a baseball-only thing," said Eaton, who was kind enough to give up part of his Saturday morning off medical work to discuss the Angels’ 23-year-old prodigy and his injury. "Occasionally, I’ll get a gymnast or a volleyball player who needs a Tommy John. But yeah, it’s pretty much baseball’s unique problem."

The good doctor explained that he has been following the Ohtani saga closely. "I saw him absolutely destroy us (the Rays) when we went down there," said Eaton. "Ohtani is a marvelous athlete. In all my years in baseball, he’s one of the few players that other major leaguers are taking about in awe. Another one I can think of like that was Bo Jackson."

So, high praise indeed. But wait, here’s the important part – Dr. Eaton sees no reason why Ohtani can’t continue his development and growth as a major league hitter this year. And that’s even if the Angels’ phenom needs the dreaded TJ – if the platelet-rich plasma and stem cell treatments don’t help much on the pitching side.

Said Eaton: "I don’t mind talking about a player who’s not my own personal patient, because the nature of the injury and what it affects are the same."

The thrust of this article is that Dr. Eaton says he believes Ohtani can unleash his power bat at will with no fear, even as soon as the three-week window the Angels have given the Japanese for his next evaluation.

"The mechanics of the baseball swing are totally different than the pitching motion," Eaton says, stating what should be obvious, but really isn’t.

Personally, I don’t like the idea of swinging a 36-ounce bat in violence with a right elbow that is held together with very strong spaghetti noodles, but Dr. Eaton said there’s really nothing to worry about.

"It doesn’t matter how hard he swings, or how hard the pitch is," Eaton said. "I’ve had a lot of patients who were position players go out and hit, whether or not they had Tommy John. OK, they can’t throw, but in Ohtani’s case, if he’s just a DH, there’s no reason in my view he can’t be in the lineup, hitting, as soon as he feels comfortable to do so."

Half of Ohtani is better than none.

We all want good news right now. Because the drugs don’t work, and the alcoholic therapy many of you may have tried yesterday (anyone have Jagerbombs?) just causes a hangover.

(Dr. Eaton would probably recommend a couple painkillers and a lot of water or Gatorade for that, but what do I know?)

I’m inclined to believe a man who has sliced and diced his way through 1000 Tommy John surgeries. Doctor-client privileges prevent Dr. Eaton from disclosing the names of any of his famous patients – but it’s fair to assume some include many Rays’ former or current stars.

Not every Tommy John surgery is announced to the press or public. Sometimes, players just have them, disappear for a while, and come back good as new. It’s all part of the science of avoiding giving a player the label of "damaged goods."

The Angels are facing a unique problem with Ohtani because his value as a hitter is also deluxe. Tommy John surgery can be postponed – maybe until the off-season, while Ohtani continues to perform as a batsman only for the rest of 2018 and 2019.

Dr. Eaton tends to echo what ESPN’s Stephania Bell wrote this morning: "Ohtani is an unusual case because of what he brings in terms of his skill set at the plate as well as on the mound," wrote Bell, a physical therapist often heard on ESPN podcasts. "His injured elbow is his lead elbow when hitting. Why does this matter? Because the stress on this elbow is minimal when he is swinging the bat.

Could Ohtani possibly contribute in one dimension while continuing to work his way back in another? ~ ESPN sports science pundit Stephania Bell

"Could Ohtani possibly contribute in one dimension while continuing to work his way back in another? At the very least it would present an interesting option for the Angels should he be a candidate for surgery."

"The guy is a beast," Dr. Eaton said, recalling watching Ohtani strike out nine Rays in 7.2 innings on May, the last pitching decision of Ohtani’s 4-1 season as a starting hurler. "Our guys didn’t have much of a chance. So I don’t put much past him."

Dr. Eaton gave me a handy "visual" when describing how the dynamic that throwing 100 miles per hour caused Ohtani’s UCL to break more – from the initial Grade 1 tear to Grade 2, which is the level where pitchers begin considering Tommy John. I was imagining something like an earthquake fault, where tension builds to the point that the rocks snap and you get a rupture … and a bad earthquake. 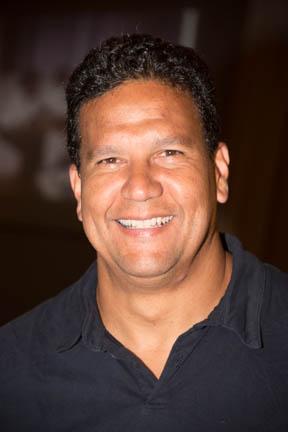 The good doc had me imagine a piece of playground equipment – the humble teeter-totter.

"You’ve got opposing forces in the tension," Eaton said. "It starts in his shoulder actually, when he’s pitching, then that stress gets transferred to the elbow at that UCL. As one thing is going up, the other side has to come down. … These forces meet at the inside part of his pitching elbow."

I stumbled across Dr. Eaton’s name while searching for position players batting after TJ surgery and I learned that Eaton – whose personal orthopedic surgery practice is in St. Petersburg, Florida, when he’s not treating Rays’ players – had green-lighted a promising shortstop to resume hitting after requiring the surgery.

During our phone call, he also mentioned a first baseman he had treated.

This first baseman had to chase a bad throw, and in catching the ball, his extended catching arm was hit like a freight train by the oncoming batter. This poor guy’s UCL went snap!

But this player’s bat was too valuable for his team and he returned nearly immediately as a DH.

"No problem," Eaton said. "We don’t even try to fix those guys. The human body’s amazing – even a torn UCL will heal on its own, given time.

"Generally, I’ll allow a position player come back much, much sooner, especially if he’s only hitting," Eaton said. "In Ohtani’s case it could be very quick. The stress applied to that portion of his elbow simply won’t be an issue with him swinging a bat."

The stress applied to that portion of his elbow simply won’t be an issue with him swinging a bat. ~ Dr. Koco Eaton, orthopedic surgeon, Tampa Bay Rays

So, Ohtani could still be a very valuable player for the Angels as a DH whose bat produced an average of .289 with 15 extra-base hits (including six homers) in only 114 at-bats. Imagine that beefy lefty bat in the lineup six days a week.

It would also not hold Ohtani back from learning opposing pitchers in the league, and being a valuable part of the team, now that all his teammates have his back. Being part of the team is meaningful to Ohtani.

"I honestly don’t see any reason why not (to allow him to bat), because he won’t experience those forces by just batting," Eaton said, being careful to note that in any player’s case decisions like this are up to team management and their doctors -- as well as the player's agent.

Naturally hopeful that baseball’s best story of 2018 could come back in some form, I had to ask Dr. Eaton about any inherent risks. If you can hear a hand wave in dismissal over the phone, that’s what the Doc did.

"Honestly Stu, baseball’s got risk," Eaton said. "But really I can’t think of many baseball activities that would put him at risk of tearing it worse.

"Maybe something strange? Let’s say he’s on first base as a runner, and it’s a pick-off throw and he dives back in with his right hand leading. Maybe he gets stepped on in that exact spot, and that makes it worse."

But other than that?

I thanked Dr. Eaton for his time on a Saturday and the brighter news. Even on his day off, Dr. Eaton did what a good medical professional does.

He made this particular Angels’ writer feel a bit better.

Should the Angels maximize half of Shohei Ohtani's skill set (batting) if there is indeed minimal risk.