Last month I stopped in Sacramento to visit the California Museum's exhibit, Professional Baseball in California. While the exhibit was fairly modest in size, the quality of the items was top notch. The old Pacific Coast League was featured, as was the current major league teams. It also focused on players who were from California, so players like Joe DiMaggio (and his brothers) and Ted Willams were represented. I was surprised there was barely a mention of Mike Trout.

Here's a few photos I shot: 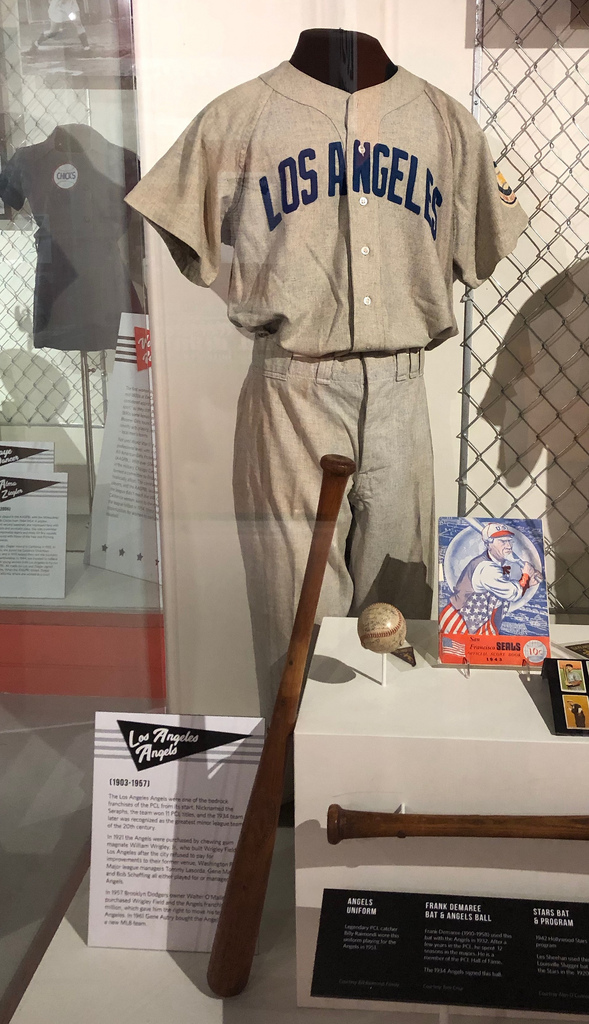 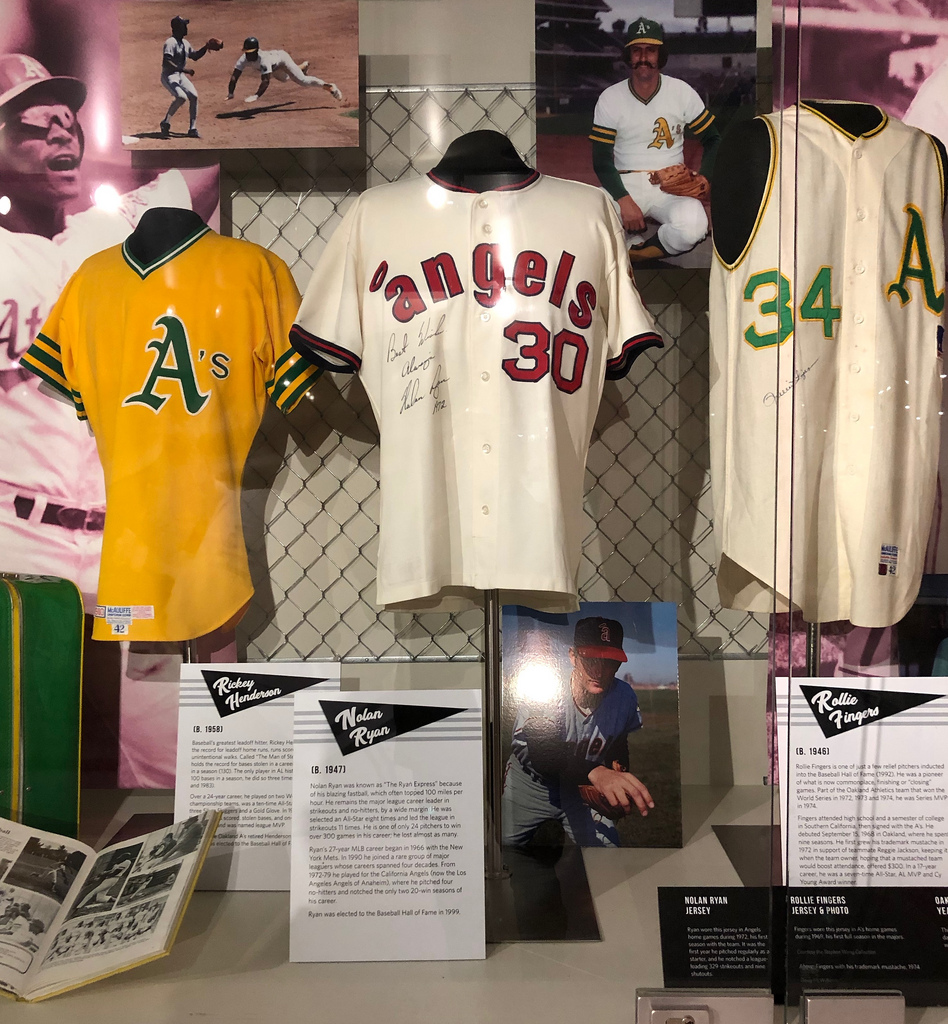 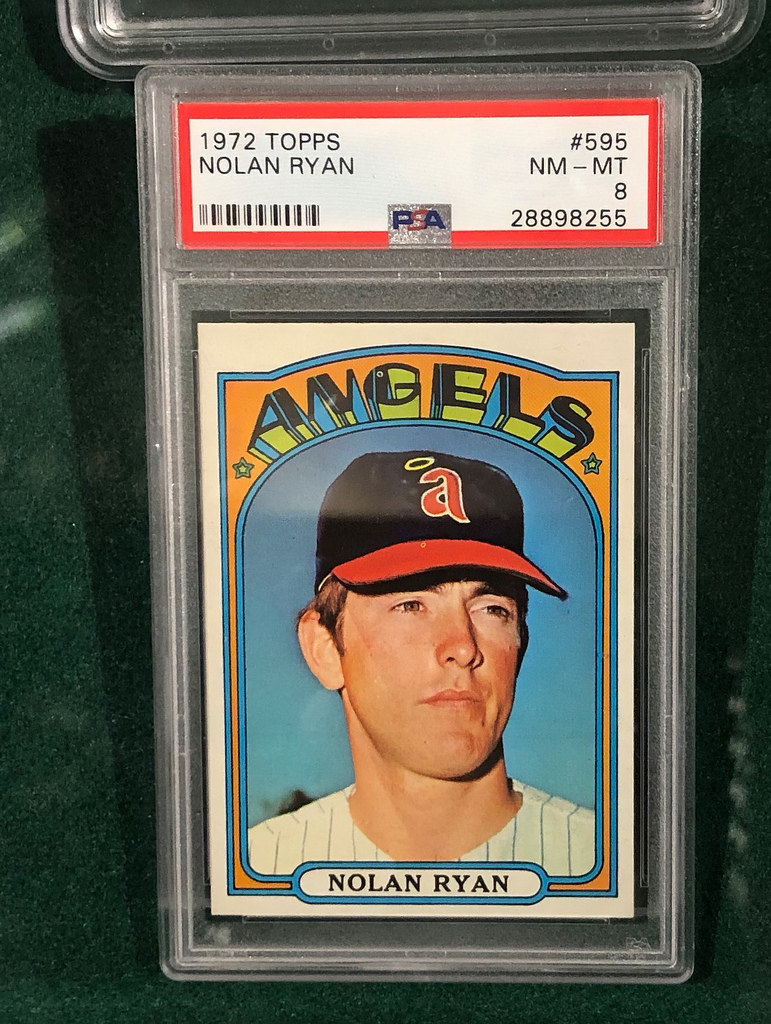 ...and his baseball card 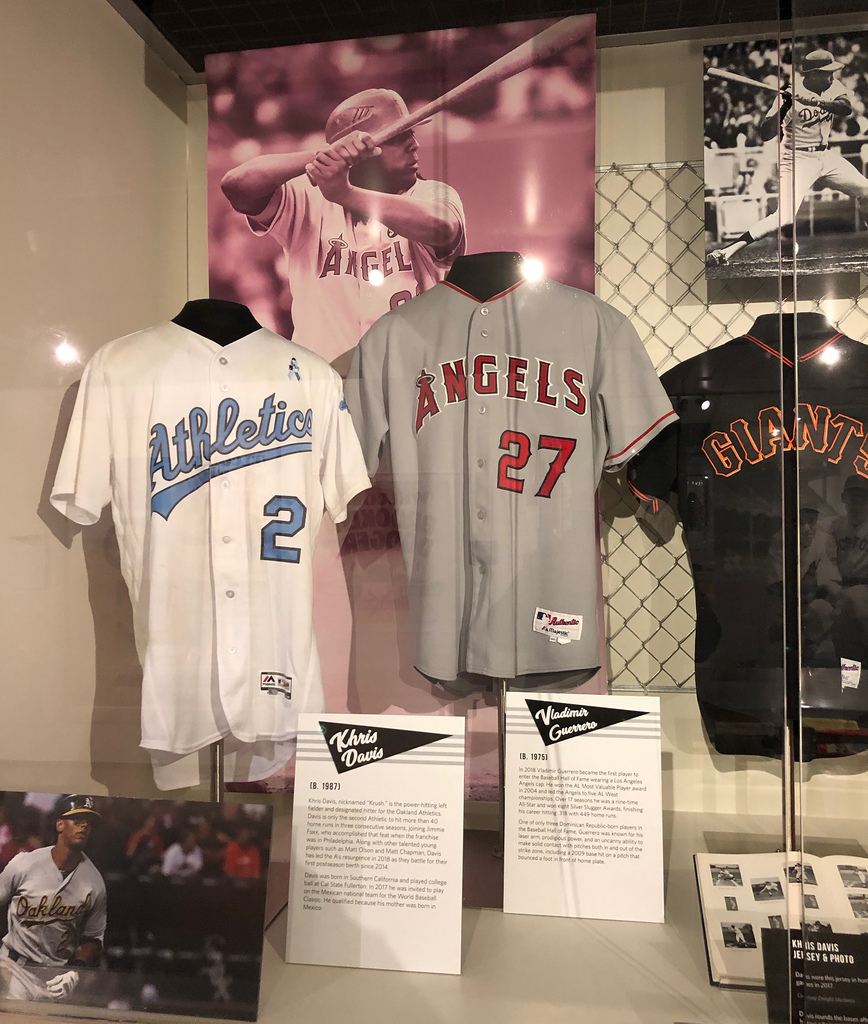 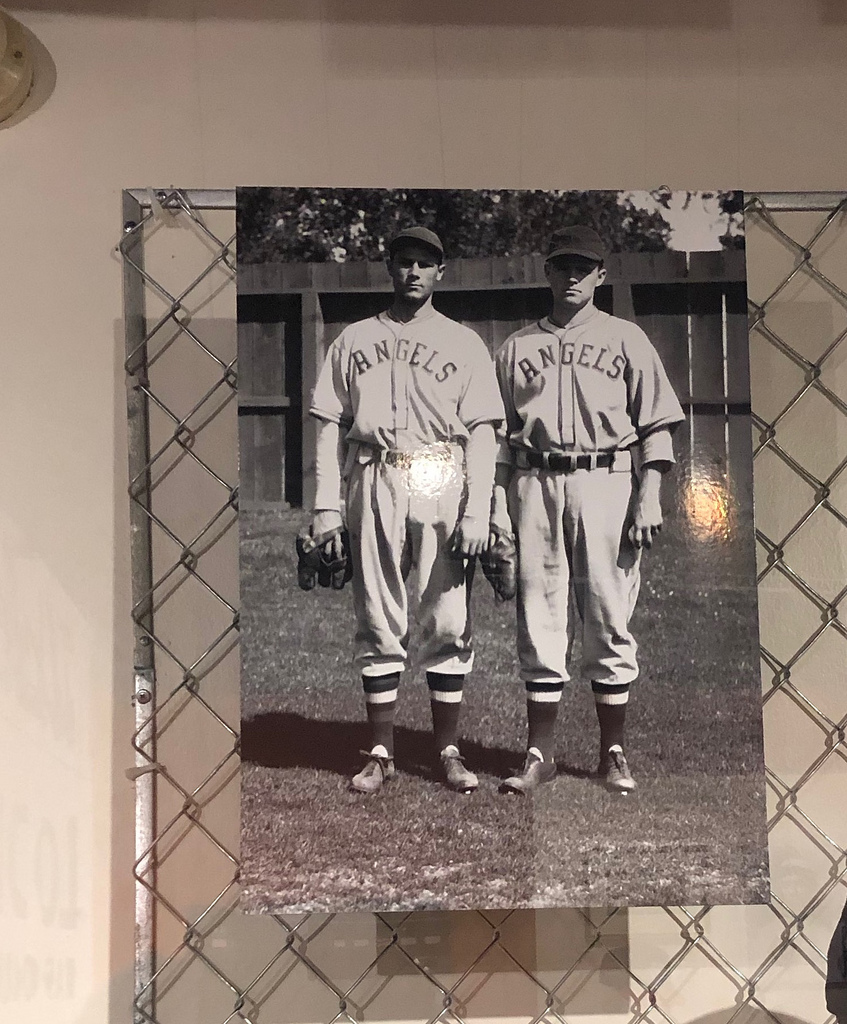 Our boys at work in the PCL 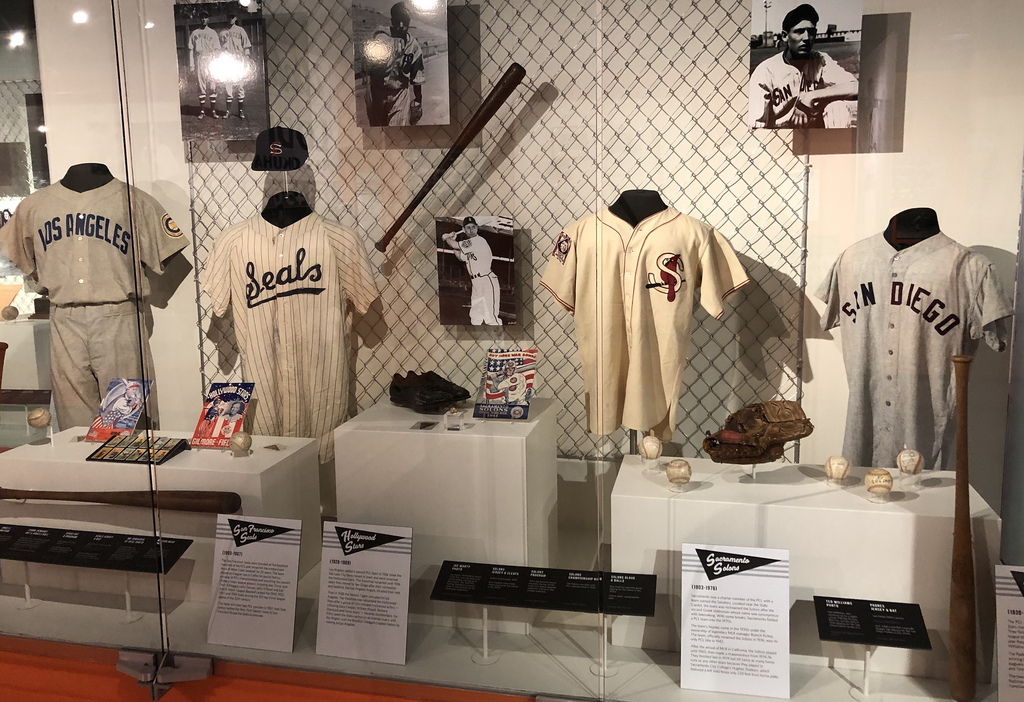 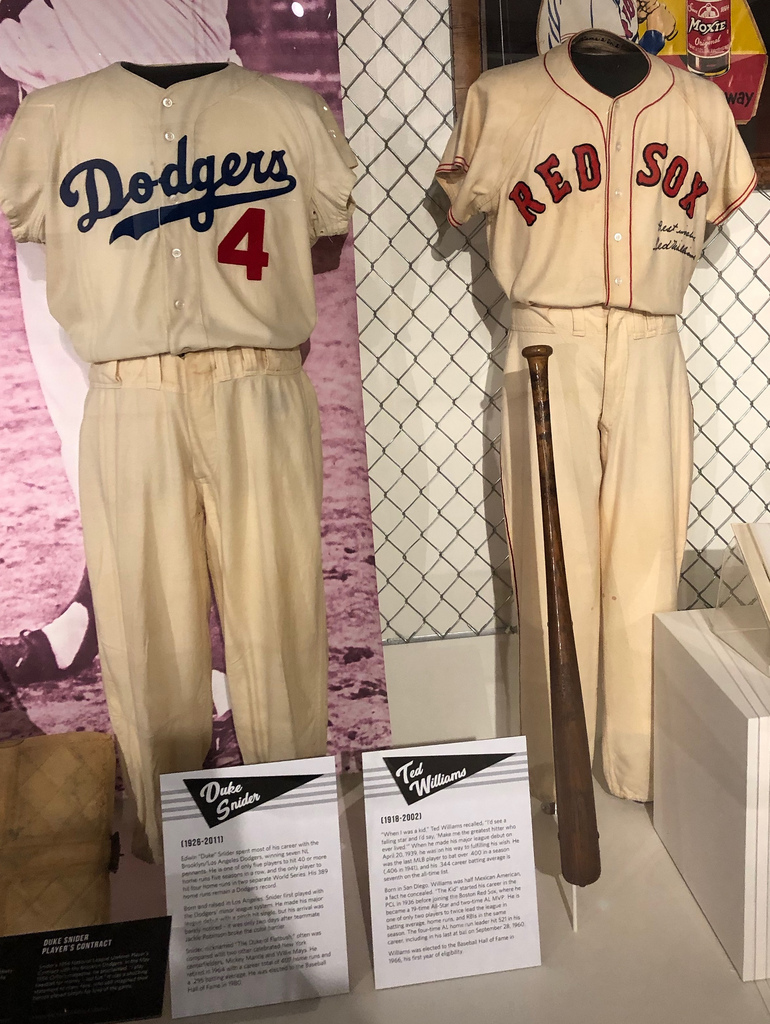 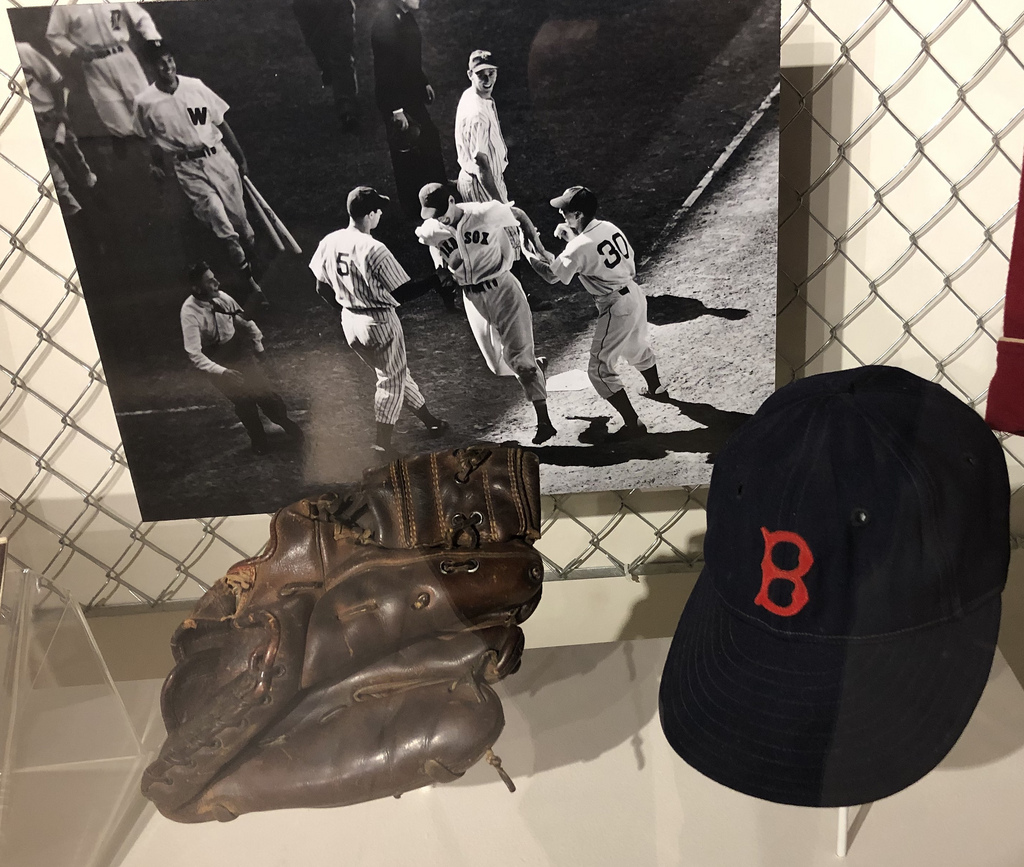 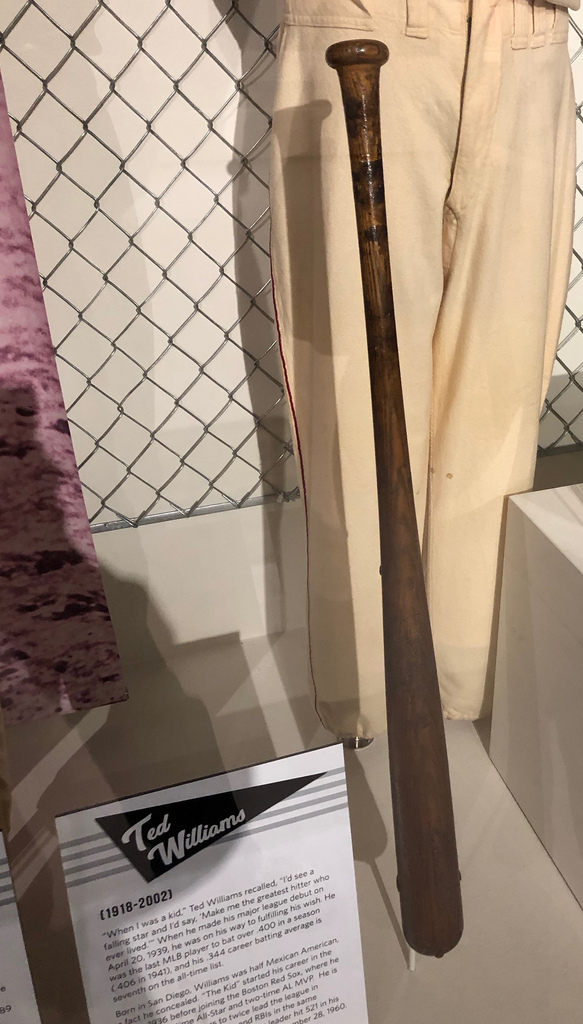 Ted Williams bat. If this thing could tell stories... 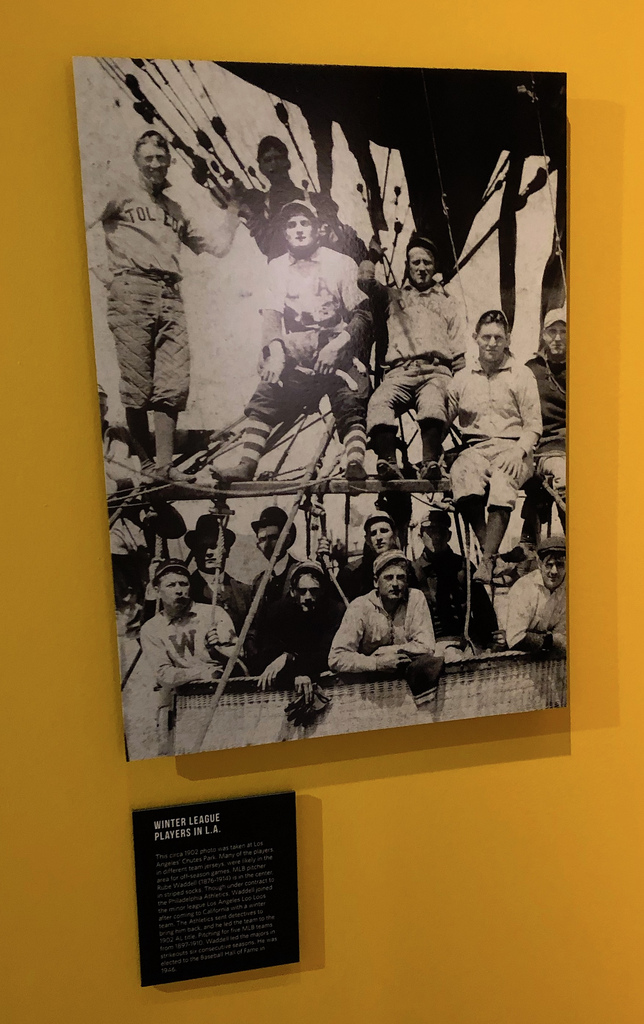 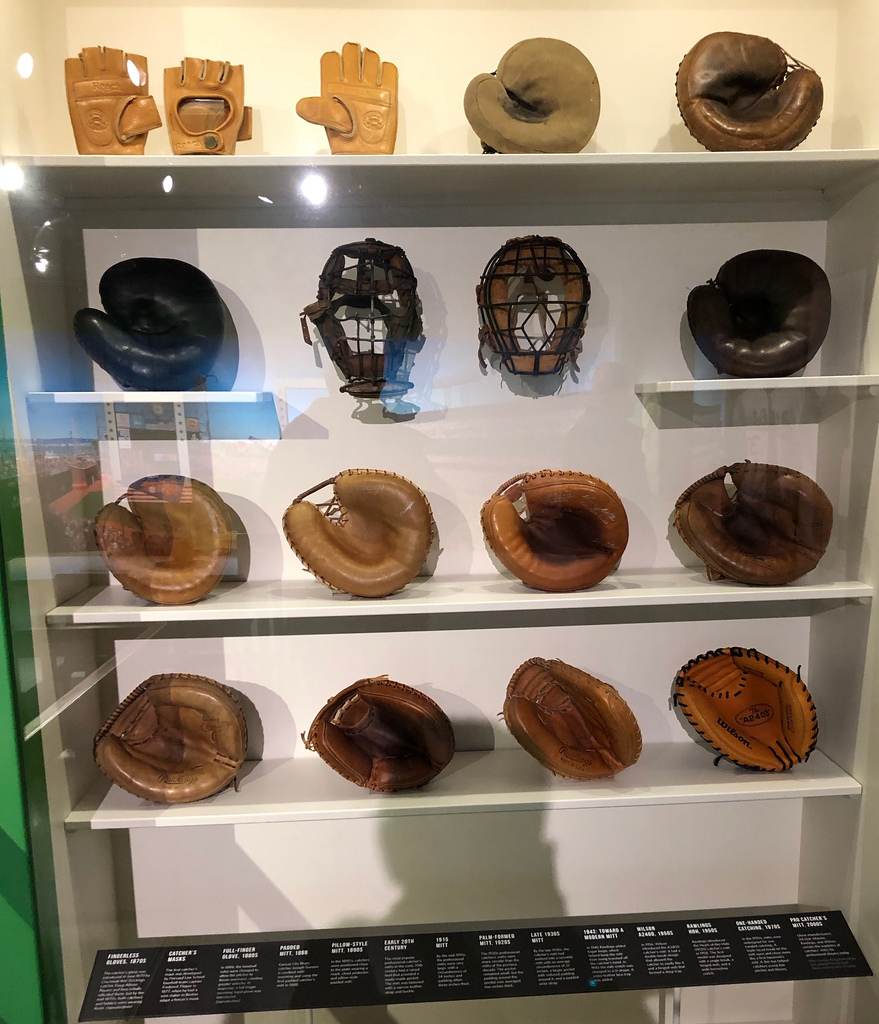 The evolution of the catcher's glove and mask 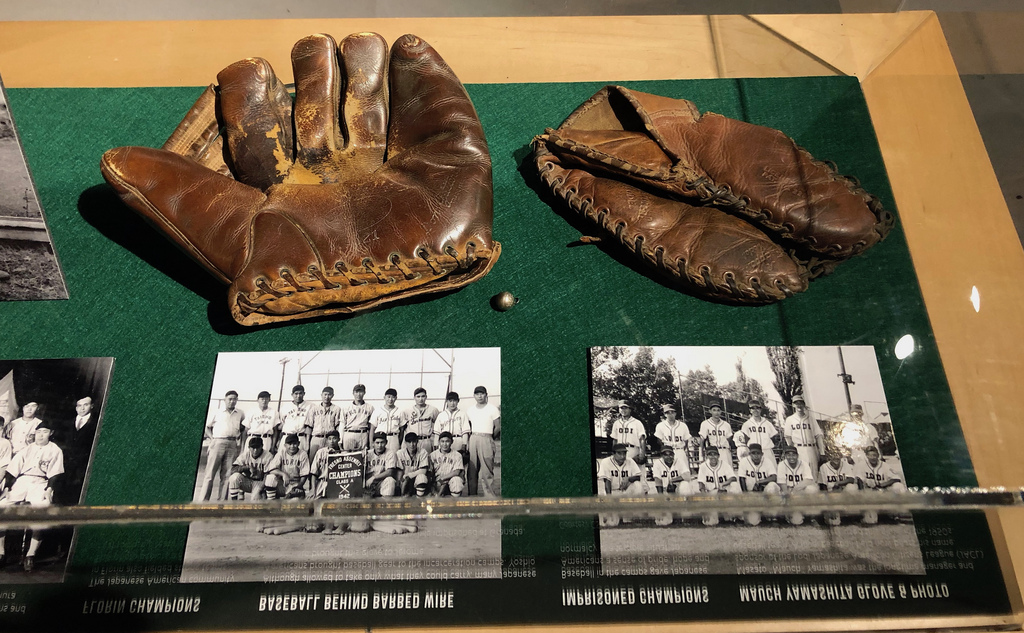 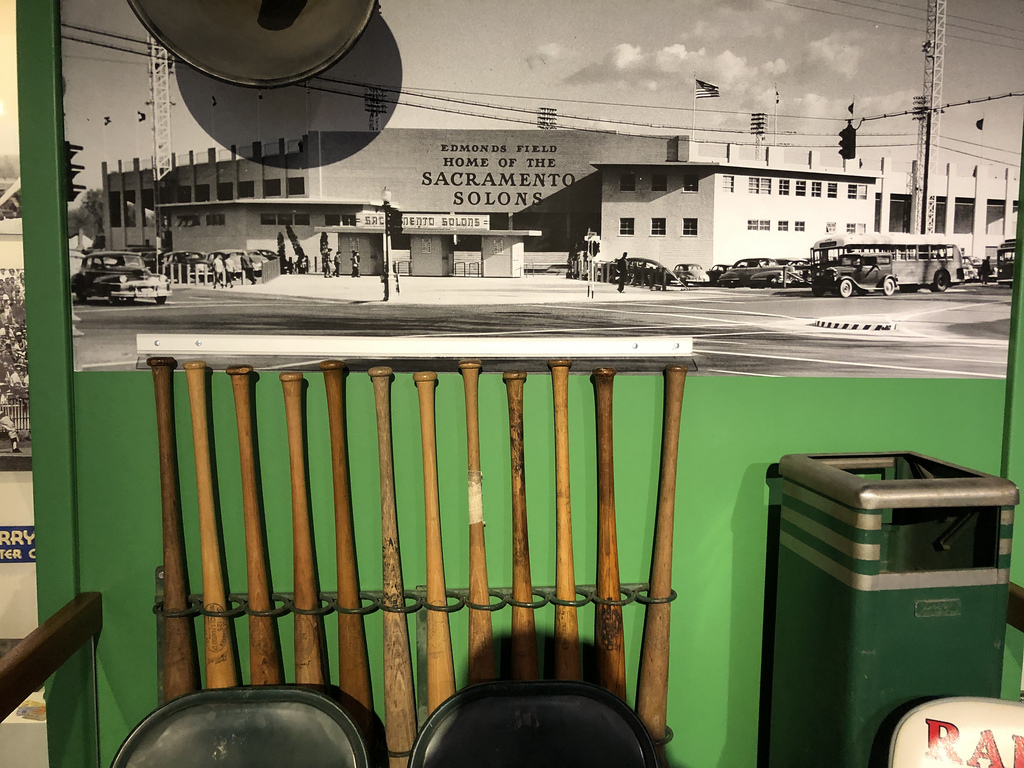 Bats from the Sacramento Salons 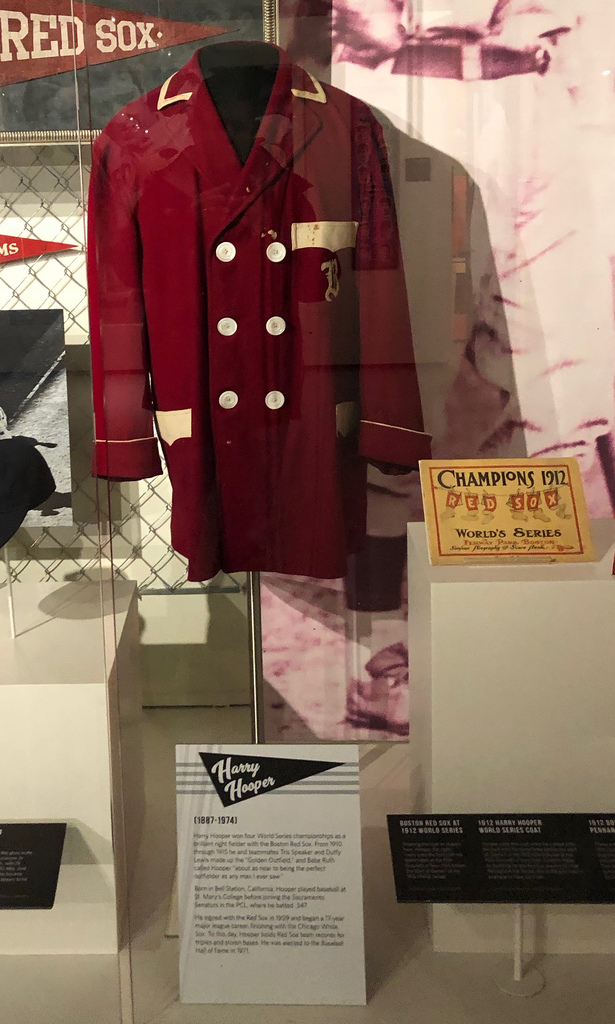 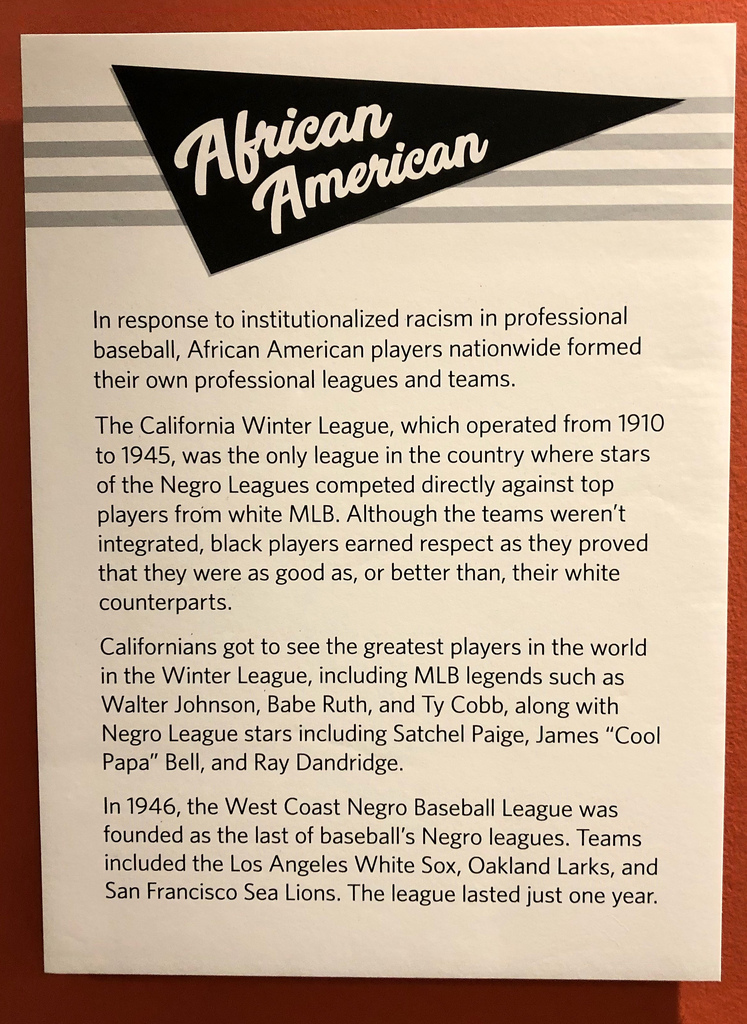 I was unaware there was a California Negro League. Time to go research history. 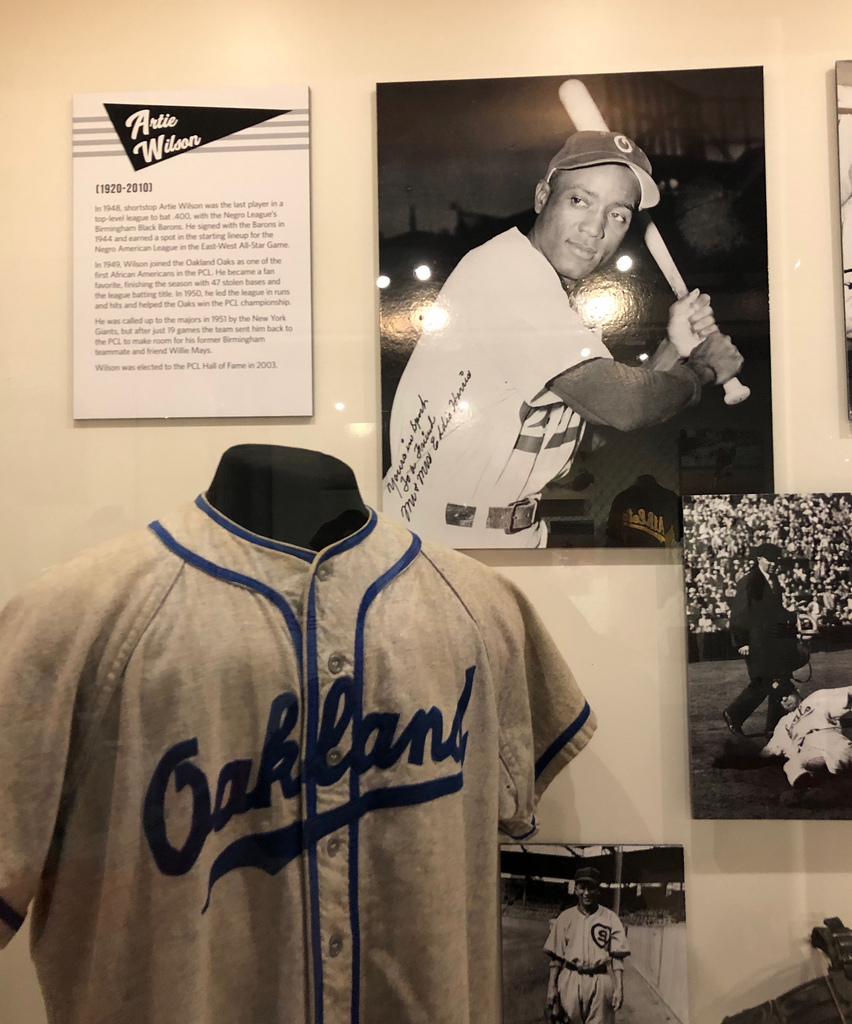 Artie Wilson of the Oakland Oaks 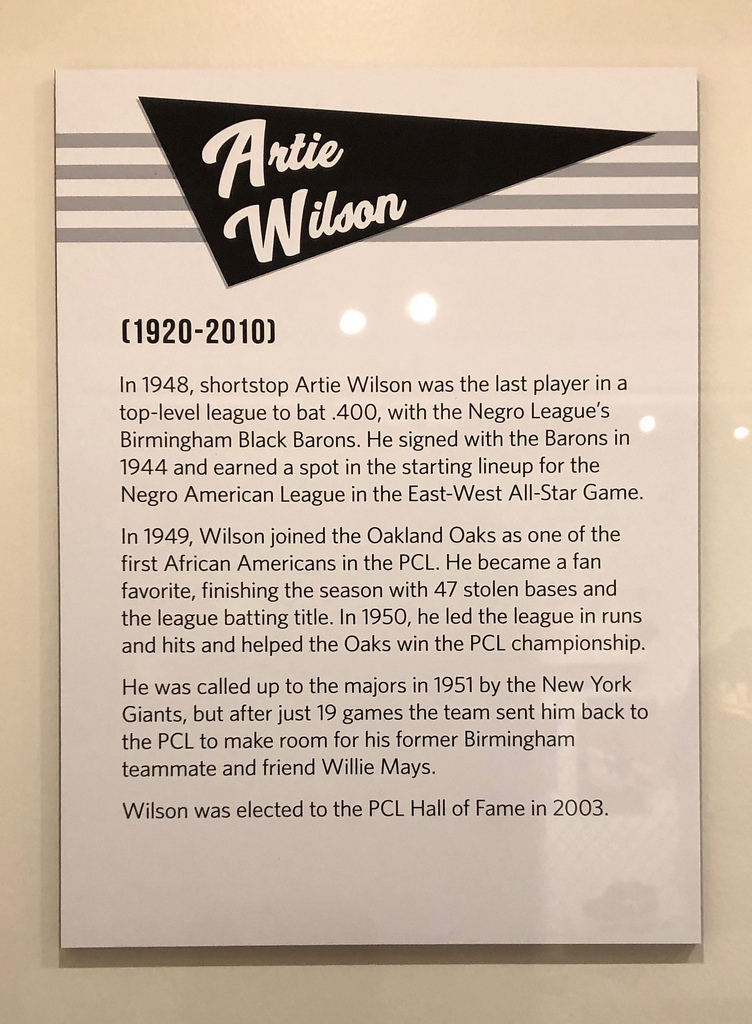 Only Wille Mays could replace him 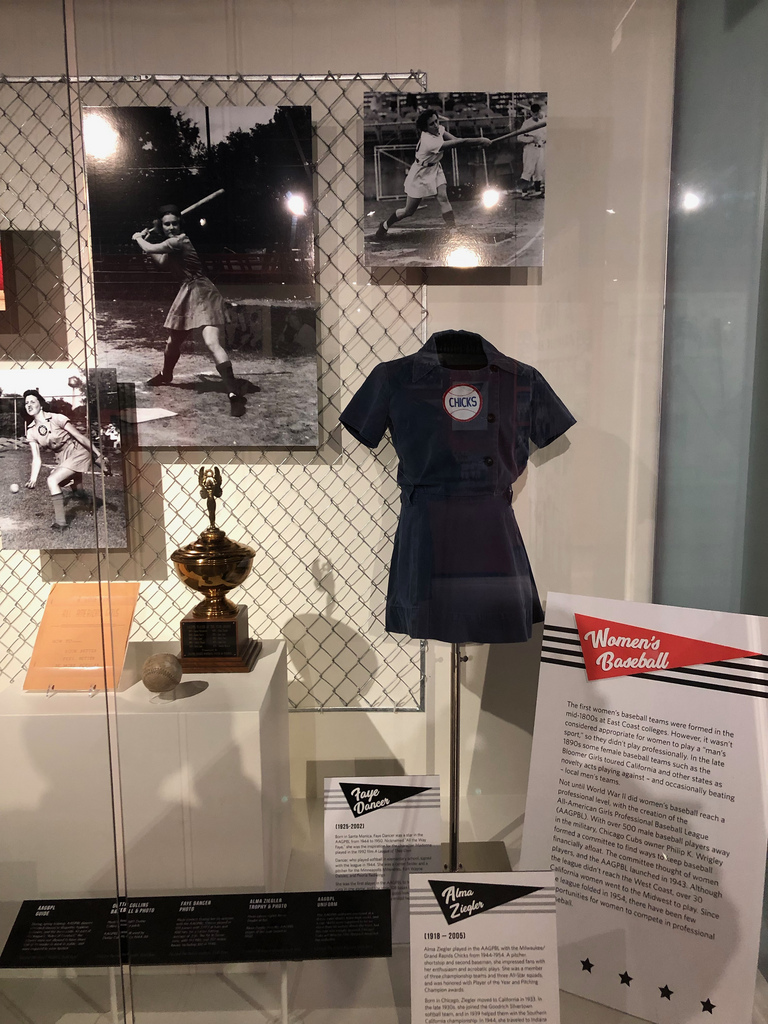 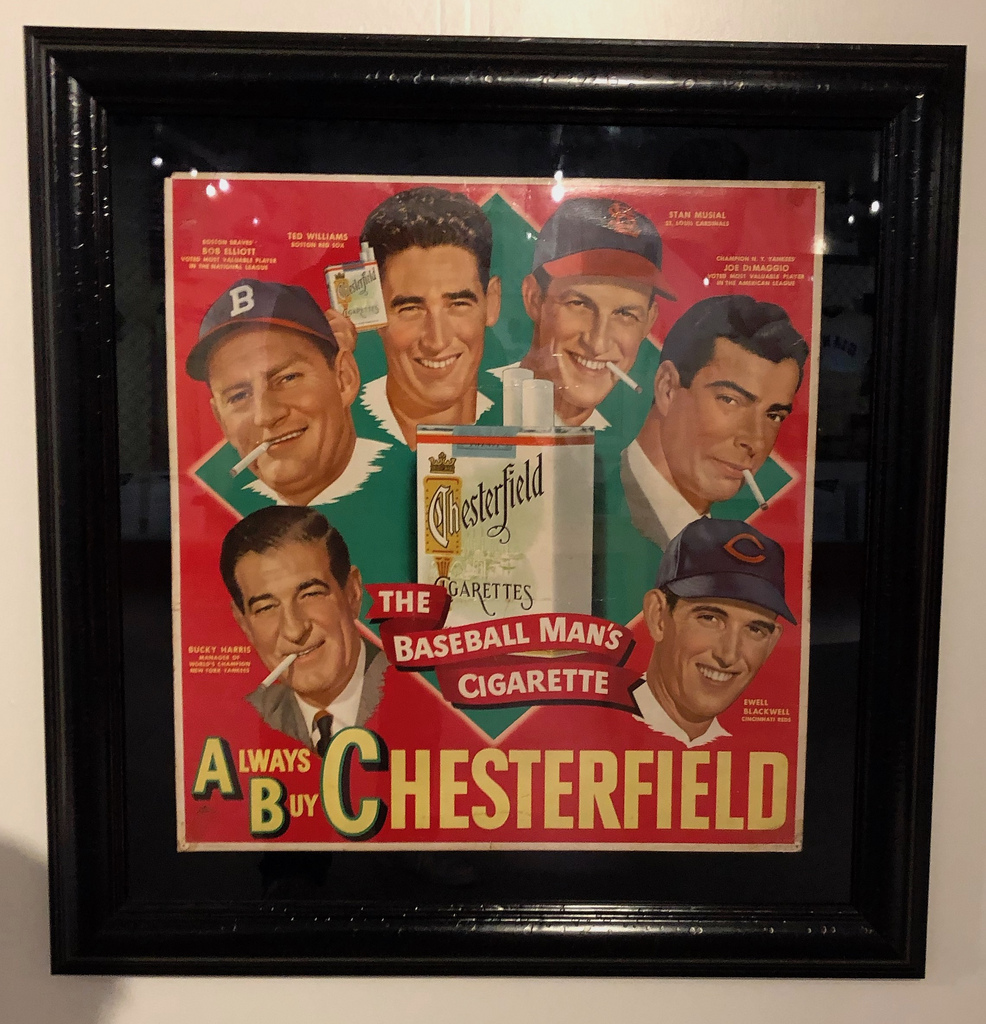 Nothing says celebrating going 3-4 like firing up a heater

Of course Hollywood must be represented... 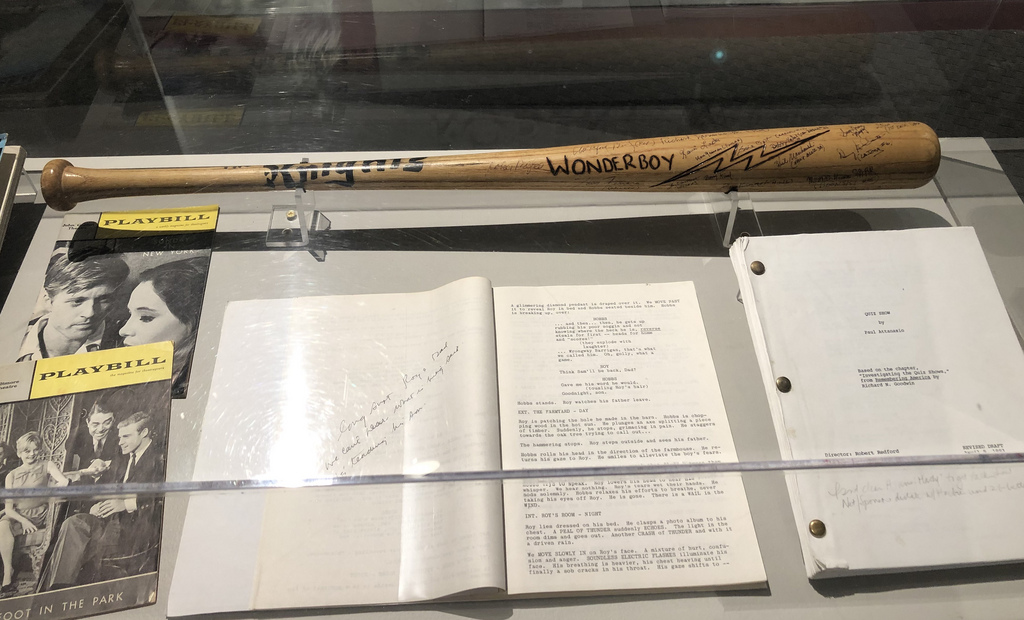 The script from The Natural and Wonderboy 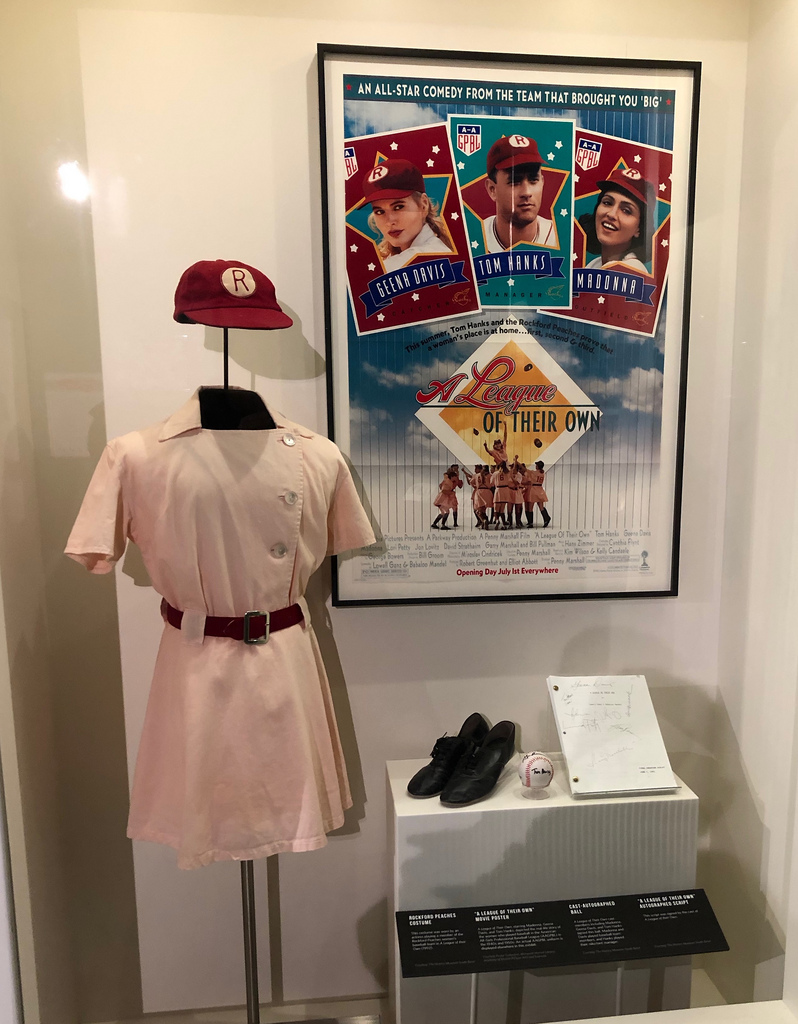 Props from A League of Their Own 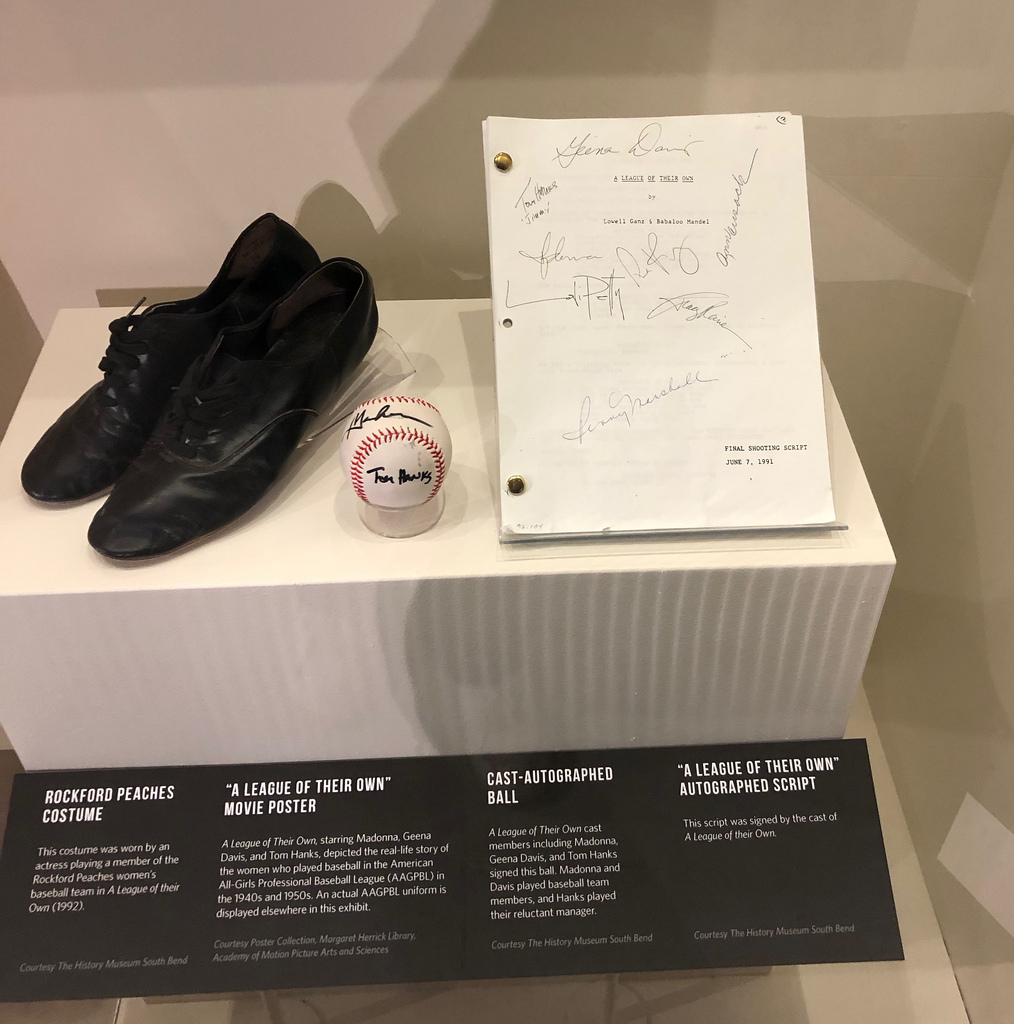