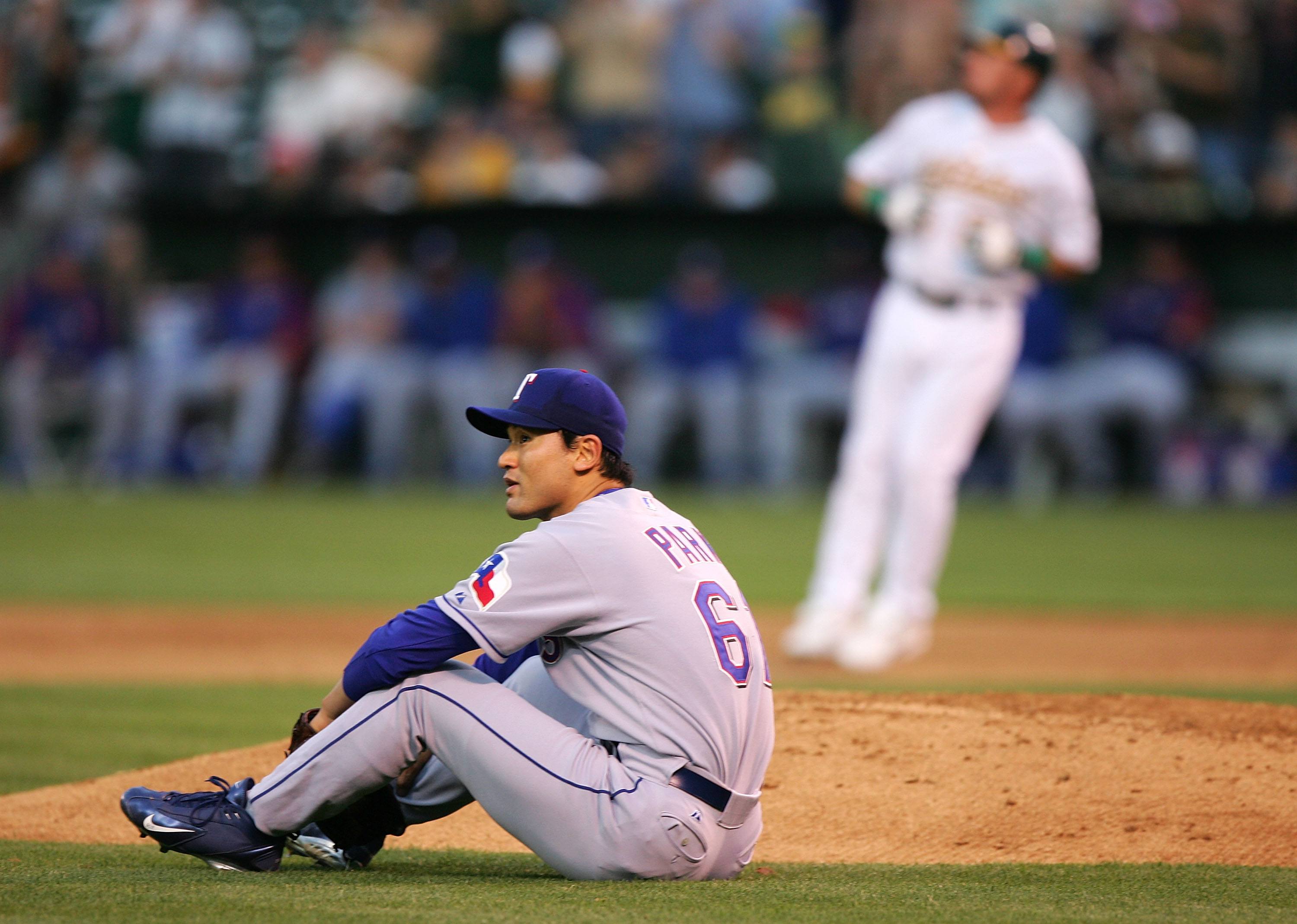 This was not the droid you were looking for....

I got curious as the official off season begins. In the past I have been squarely against signing big free agent contracts until we had Trout locked up and were closer both to Pujols leaving and contention. In spite of all the moaning over this past season, I think our offense and bullpen are better off than in 2015-18. Pujols' tunnel has a light at the end. Trout is signed up. So I am now of a mind that it's a smart time to spend, rather than just a knee jerk reaction to a deeply bad over all roster that would hardly be improved by signing one star.

I was curious though. My suspicion was that most of the FA pitching contracts signed over the last winter were average at best with some big failures and few big winners. So I took a look at a handful of sites 2018-19 top free agent lists and pulled out all the pitchers from them. I didn't dedicate hours to it, but it was fairly easy to find which pitchers were in everybody's top 75, and then which pitchers made the top half of that list. I then also looked at all of the other FA pitchers, many of whom didn't sign with any team.

I then wanted to see what they were paid this past season and what their WAR was. I know this is a brutally simple way to look at this, but I am also not getting paid to do any kind of deep dive. I was just curious. After I looked up a few I decided to put what i was finding in a table.

I wanted to get an idea of what MLB GMs had on day one of the season, and what they had for their dollars at the end as a group. So there are plenty of pitchers who got contracts and had minimal playing time for one reason or another. I wanted my sense of the Dumpster to be as far from cherry picked as possible. Still, there will be errors, some of the Sportrac and other contract info for some of these guys was hard to suss out. But this gives us a general idea.

When you look at this list of free agent hurlers from last off season, broken down into top tier, middle tier and dumpster free agents what do you take from it, other than "HarvHill sucked and cost money"? We already know that. Does it give you any ideas as to how the Angels should proceed? Does it tell us anything about dumpster diving? Are there certain types of pitchers we should avoid? What are your thoughts? 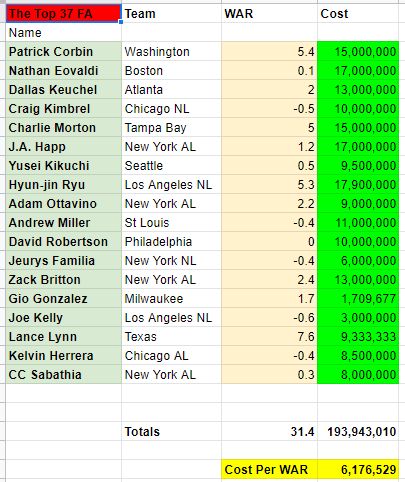 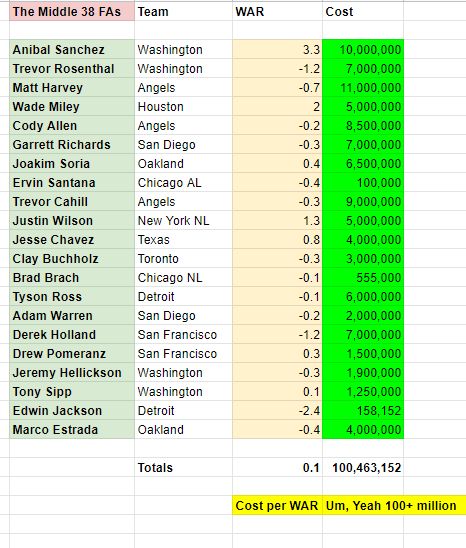 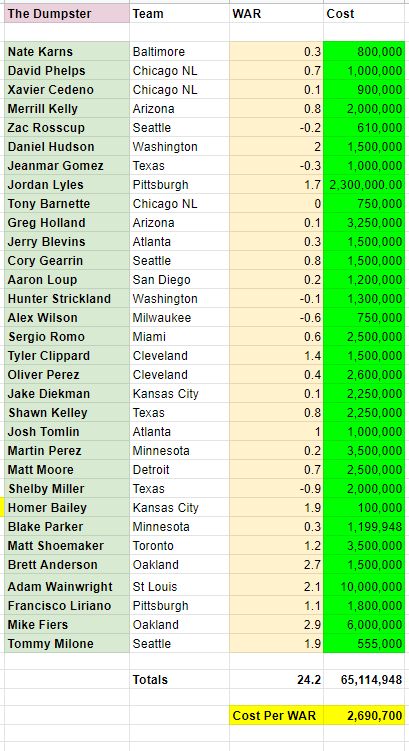 So there are some tables. There may be plenty of errors, I probably missed a buy out or something. I just threw this together while doing some other stuff. But it gave me a general idea of what the three groups of pitchers, as seen by the powers that be and most fans, did last year and for how much. I am not going to comment on it because I am curious what shapes you see in this cloud. Let me know.